While the market was closed on Christmas and New Year, the crypto market was also quite flat. The most important point, however, is that after correction the price did not make new lows, which means that the correctional phase is still here to stay.

Some cryptos have even made new local highs, while others are just slowing down, perhaps to catch up a bit later. In the long term, therefore, the market is going to continue correcting upwards. 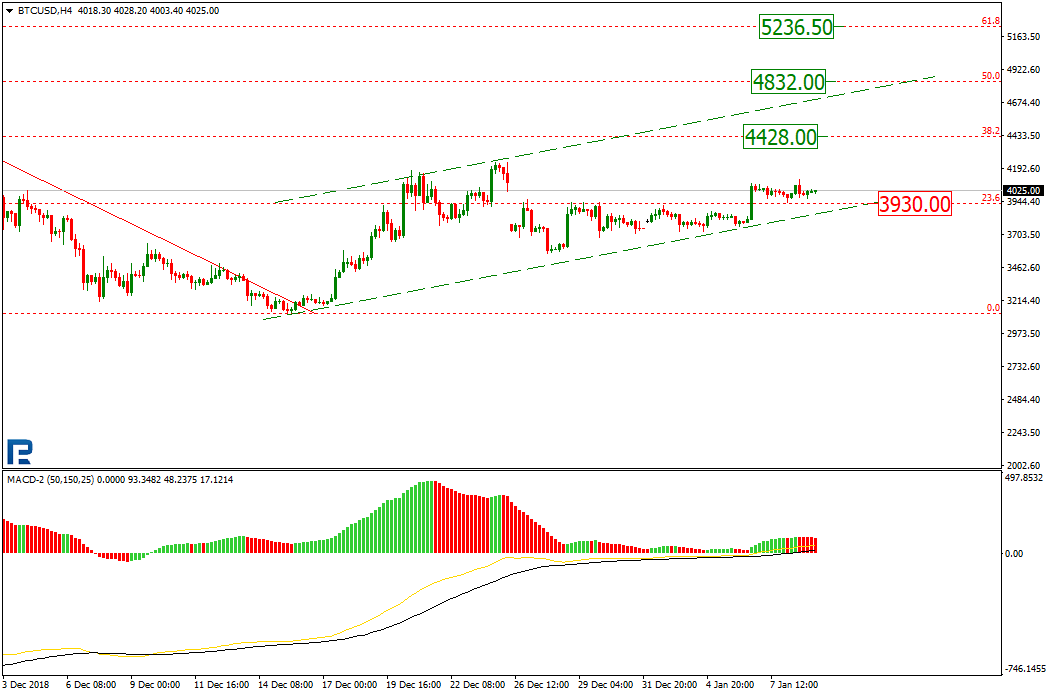 On H4, BTC is slightly going up after a long period of testing the correction channel support. The price has already left the consolidation triangle, which means the further rise is quite likely. 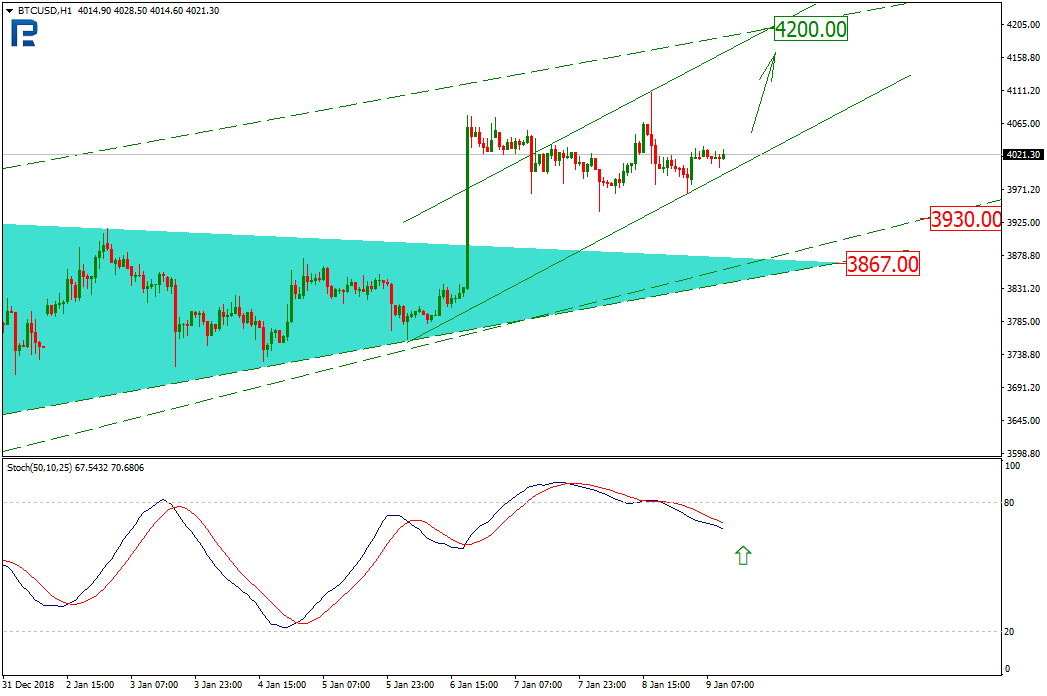 On H1 the triangle is also over, while the market slowed somewhat down to correct a bit in the short term. The correction is confirmed with the Stochastic diverging and leaving the overbought territory.

Once a golden cross is formed, the price is likely to bounce off the short term support to end this pullback. The upward impulse target is meanwhile at $4,200. 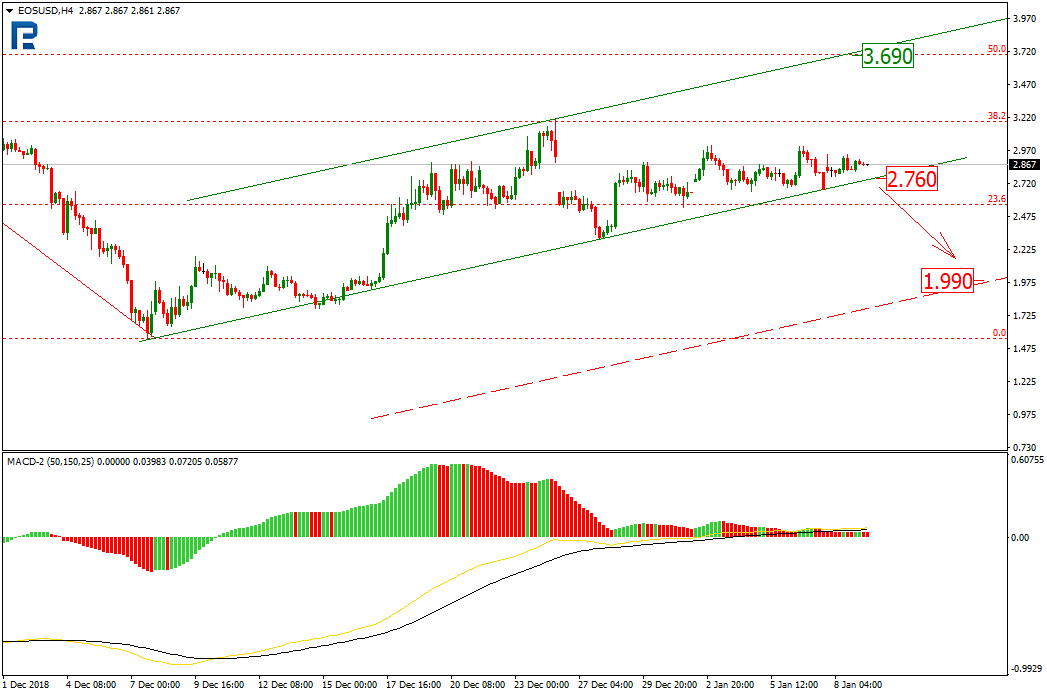 EOS is testing the correction channel support on H4, with the overall price movement being steady. The MACD in the positives shows that the midterm trend is most likely ascending. 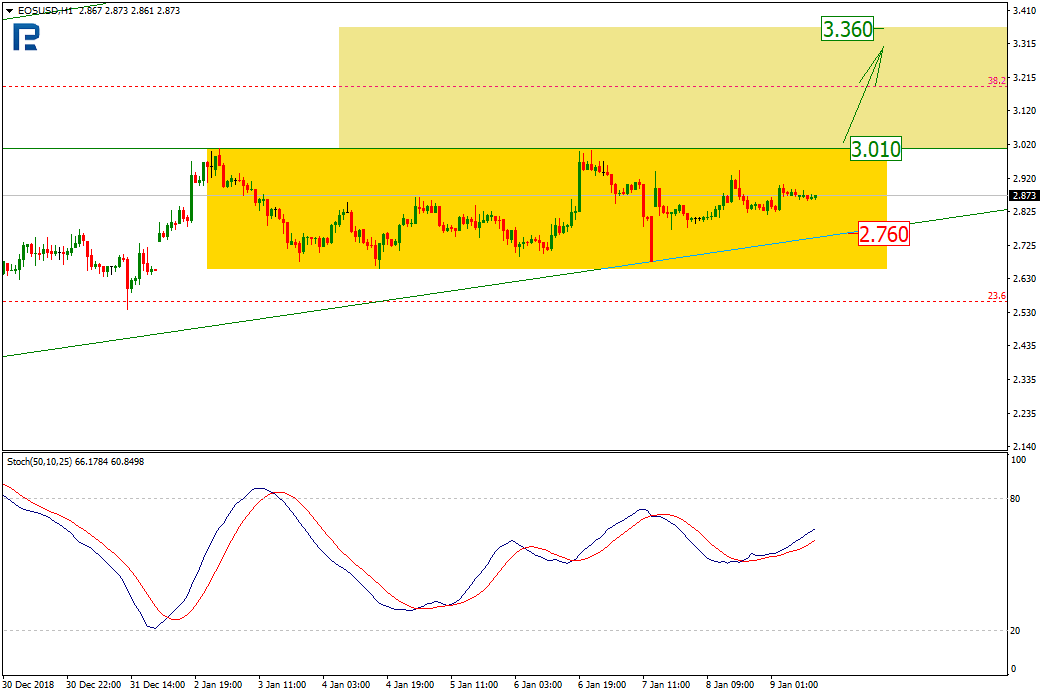 On H1, EOS is flat, but with the overall trend being ascending, the upper boundary at $3.01 may well get broken out soon; the price may then head to $3.36. The local support is meanwhile at $2.76. 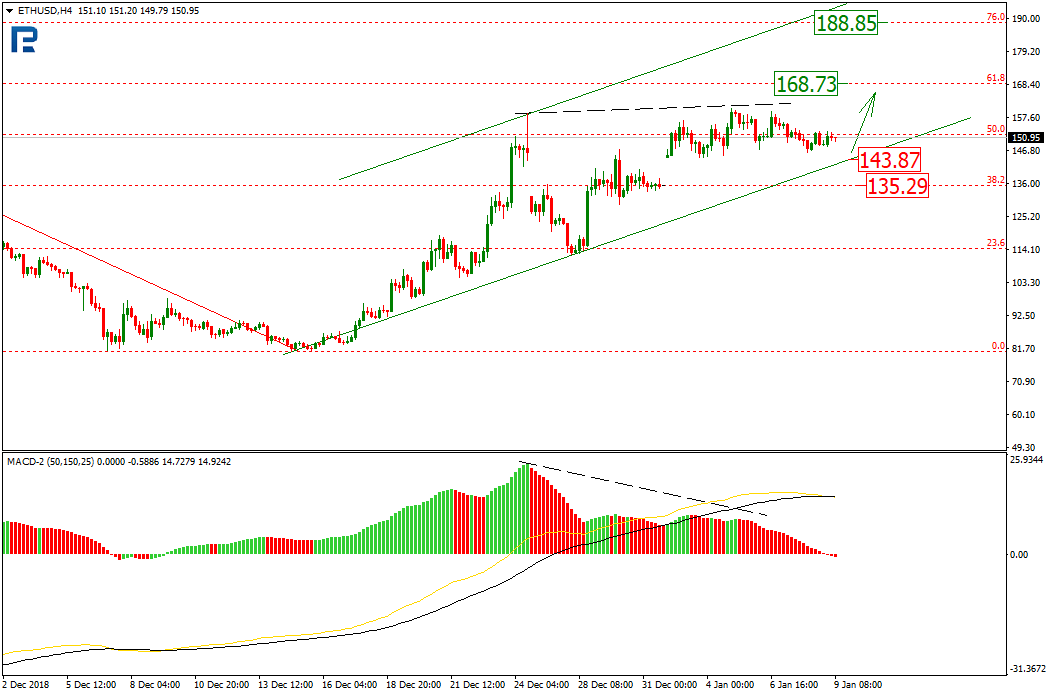 On H4, Ether made some new highs, and the MACD diverged. This, however, signaled a short term pullback, which may reach the support at $143.87. Another support, the major one, is at $135.29. 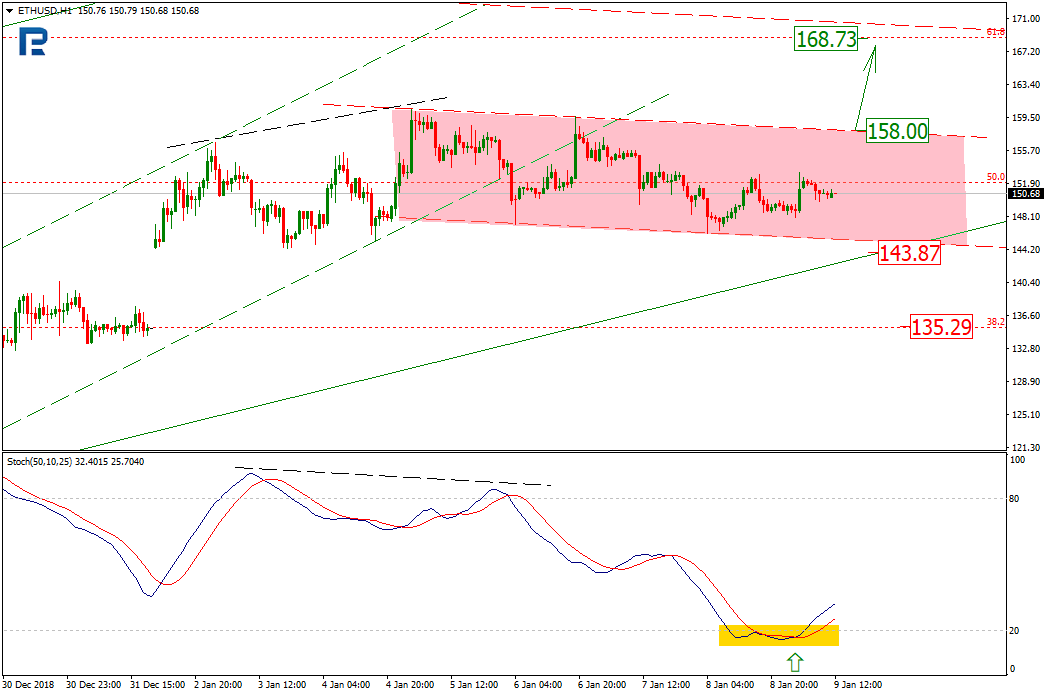 On H1, a flag pattern has been formed, while the Stochastic formed a golden cross and left the oversold territory.

This may signal a rise with the target at the flag’s resistance at $158.00. In case it gets broken out, the price may then head to the midterm target at $168.73. 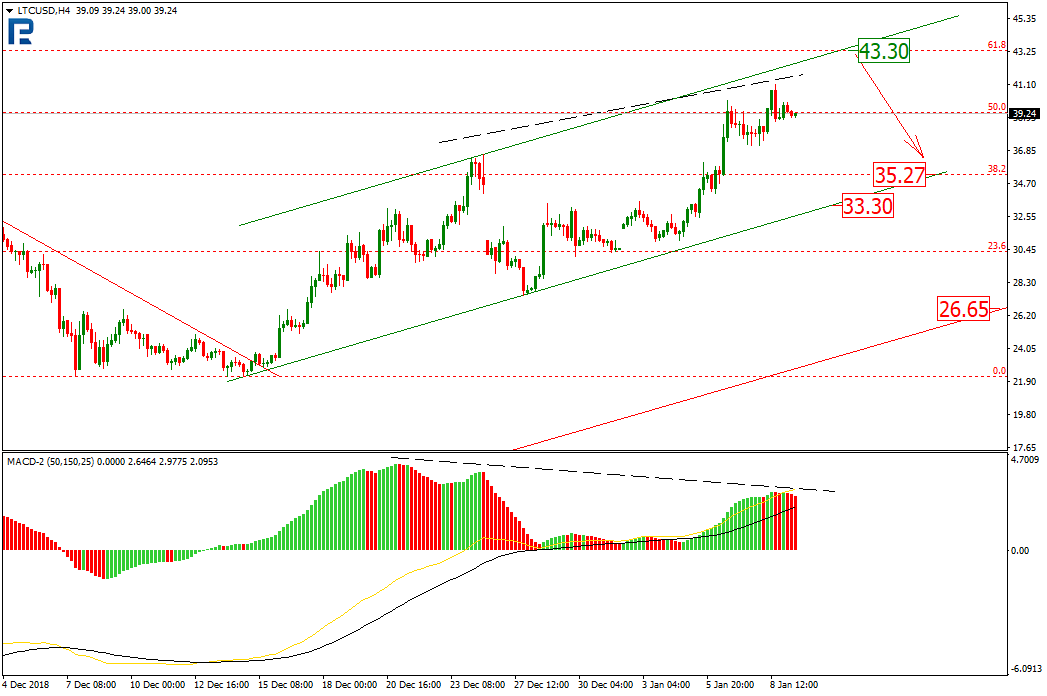 On H4, the correctional trend went above the latest high and reached 50.00% Fibo. The MACD is meanwhile diverging, which means the uptrend is probably fading out. 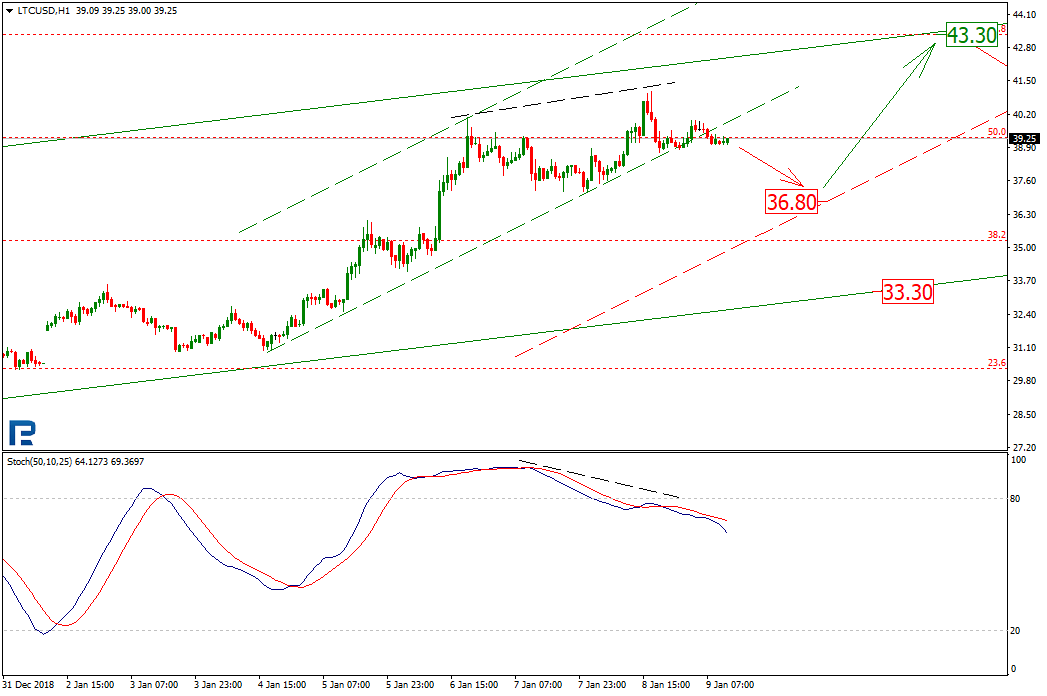 On H1, the LTC is starting to correct after the Stochastic has diverged and formed a black cross. The price has broken out the previous upward channel support, the target being $36.80. 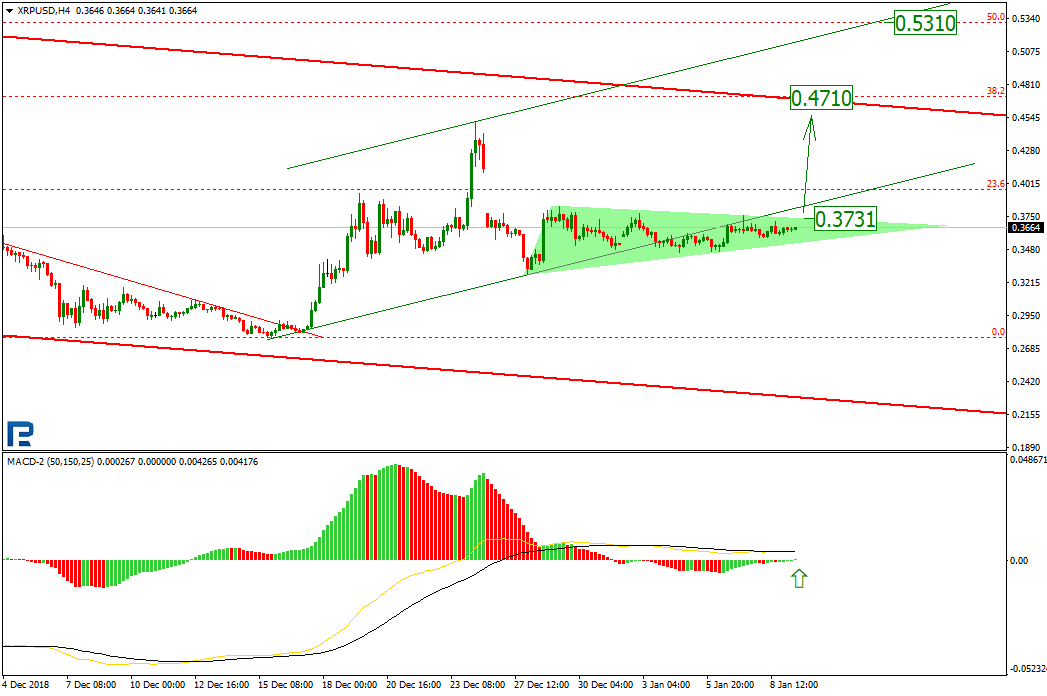 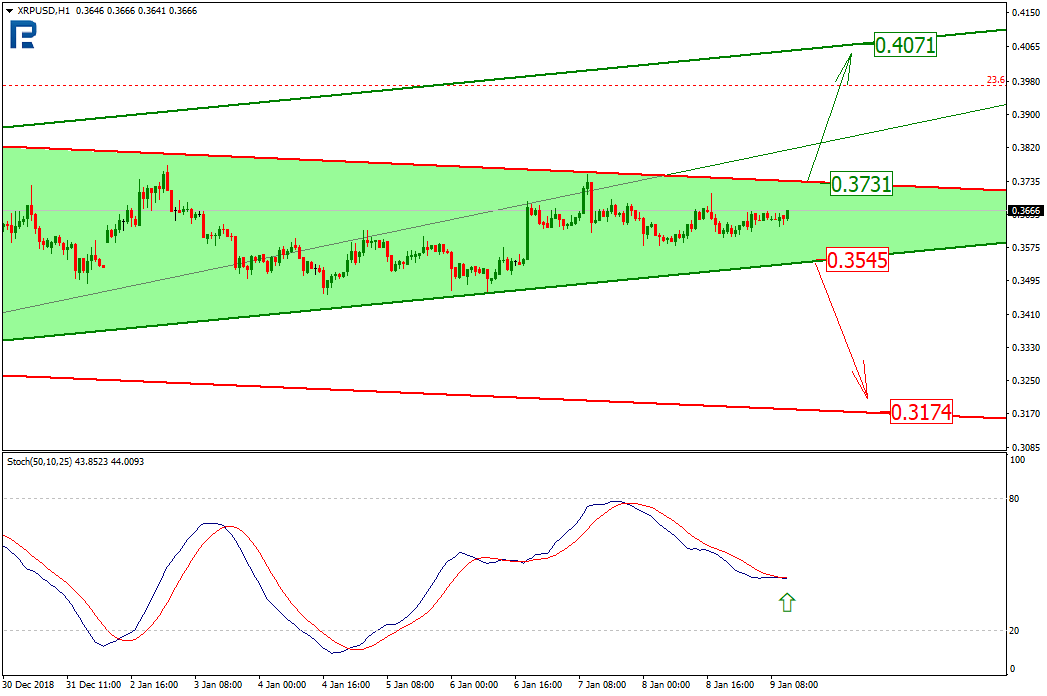 On H1, the triangle may be viewed in detail. If the upper boundary gets broken out, the price may rise to $0.4071, while the lower boundary breakout will send the price to the support at $0.3174. The Stochastic is meanwhile ready to form a golden cross.