Early last week, the crypto market was doing very good, and the pullback seemed to be taking the prices further upwards. Then, however, the cryptos started falling, which continued early this week.

The reasons could be various, such as regulation issues in India, closing some of Bitmain offices, or BitMEX stopping working in the US. However, there are some reasons for another upward bounce, too. 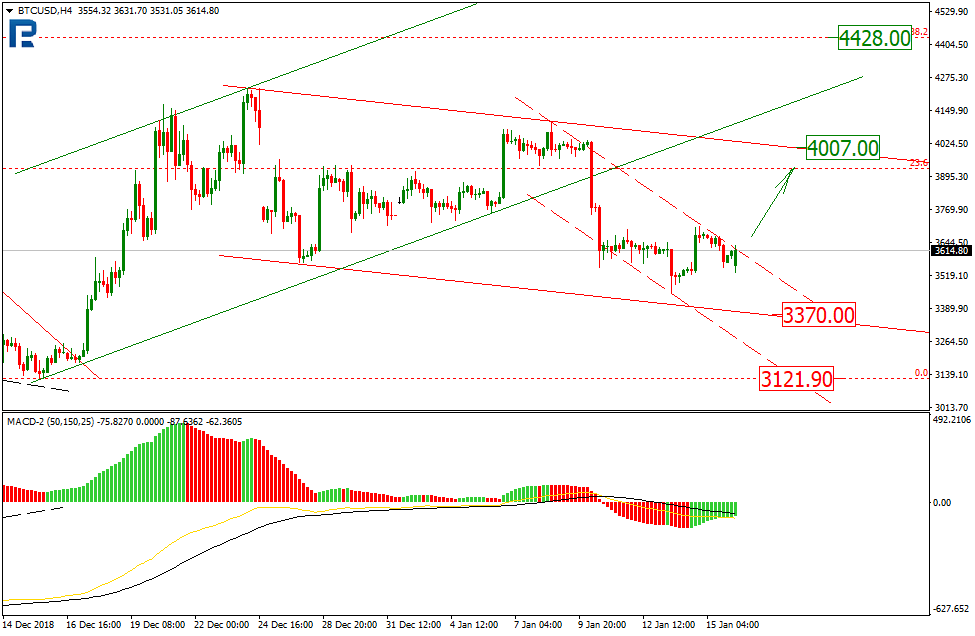 On H4, the BTC broke out the ascending channel support and formed a descending move. The target is still at $3,370; however, the short term downtrend may get broken out by the price trying to make new highs. 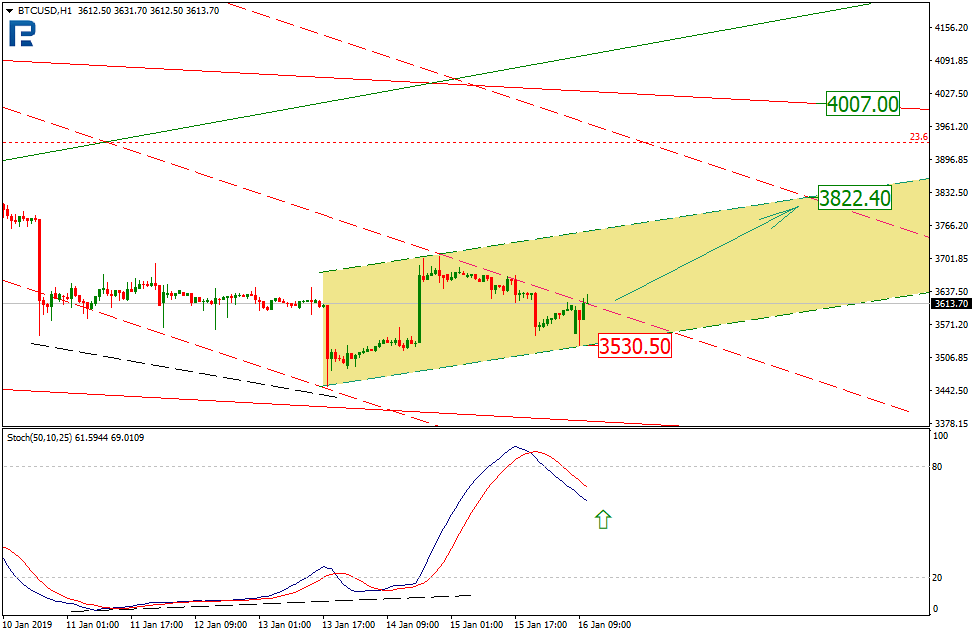 On H1, the Stochastic converged, which means the short term trend may change, and a new ascending channel may form.

If the current resistance gets broken out, the price is likely to reach the upper projection channel and go to $3,822.40. This will be confirmed in case the Stochastic forms a golden cross. Meanwhile, the support is at $3,530.50. 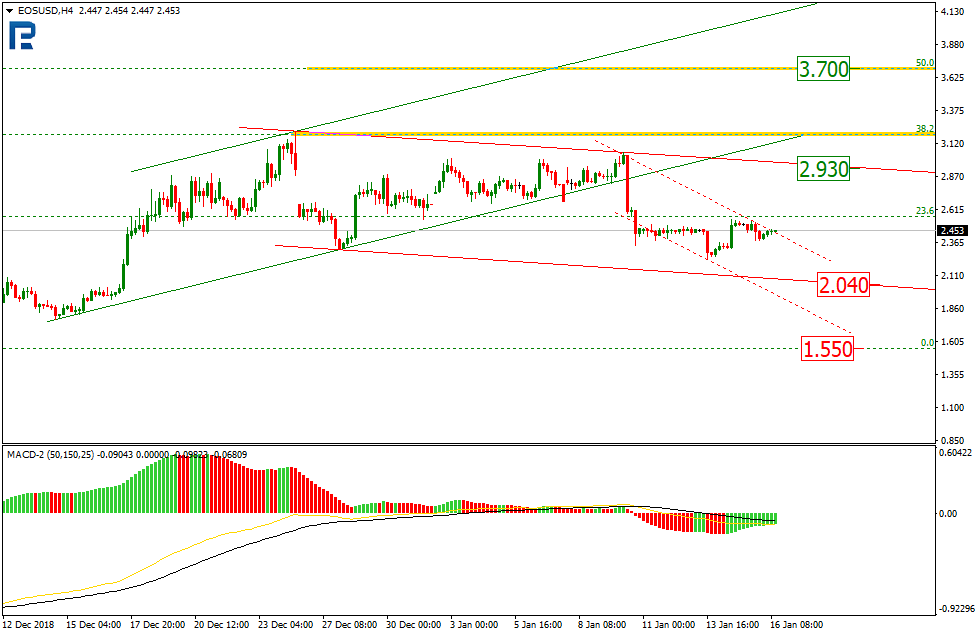 Like many other cryptos, EOS was down last week. The coin tested the midterm lows, but still has not reached the target support at $2.04. 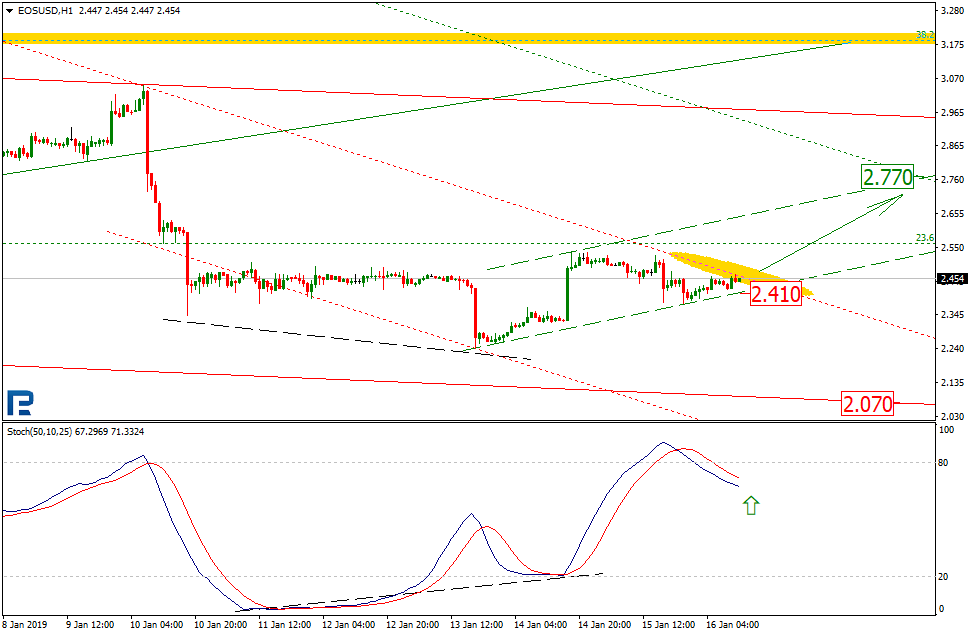 On H1, EOS is trying to break out the local resistance and move to the upper projection channel at $2.77, which may be confirmed once the Stochastic forms a golden cross. 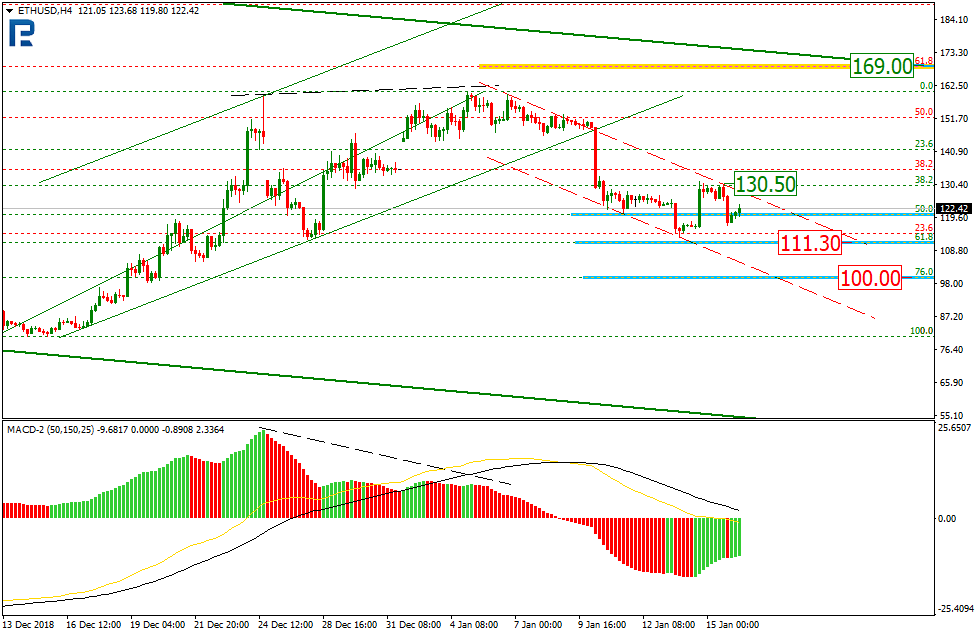 Previously, ETH diverged on H4, which led to the support breakout and the crypto moving very close to 61.80% Fibo. 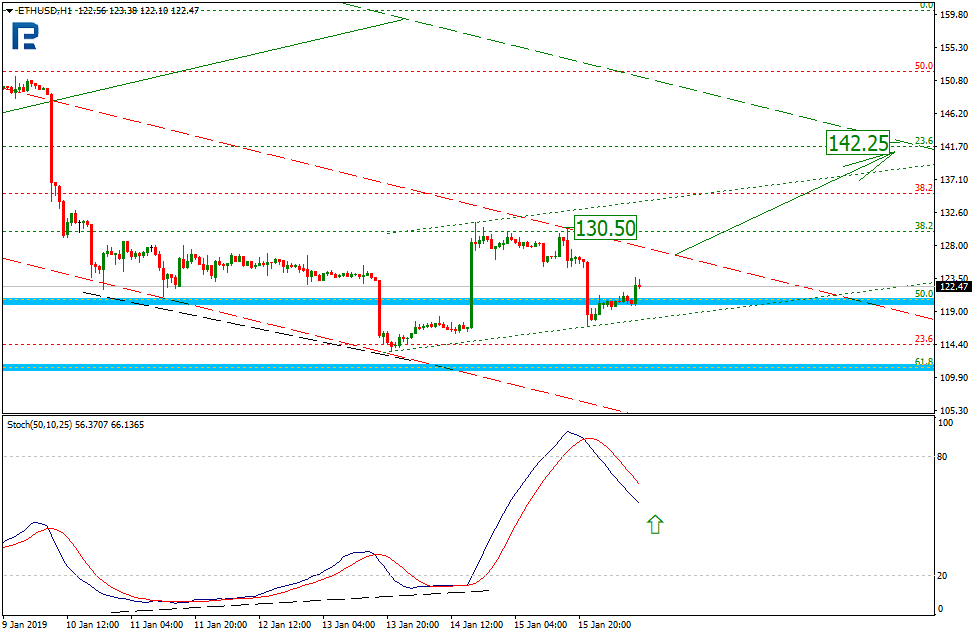 On H1, Ether is trading in much the same way as other cryptos. The Stochastic converged, which signaled a trend change, and the price starting forming an ascending move.

For final confirmation, however, one should wait for a golden cross. In case the current resistance at $130.50 is broken out, the price may rise to the short term resistance at $142.25. 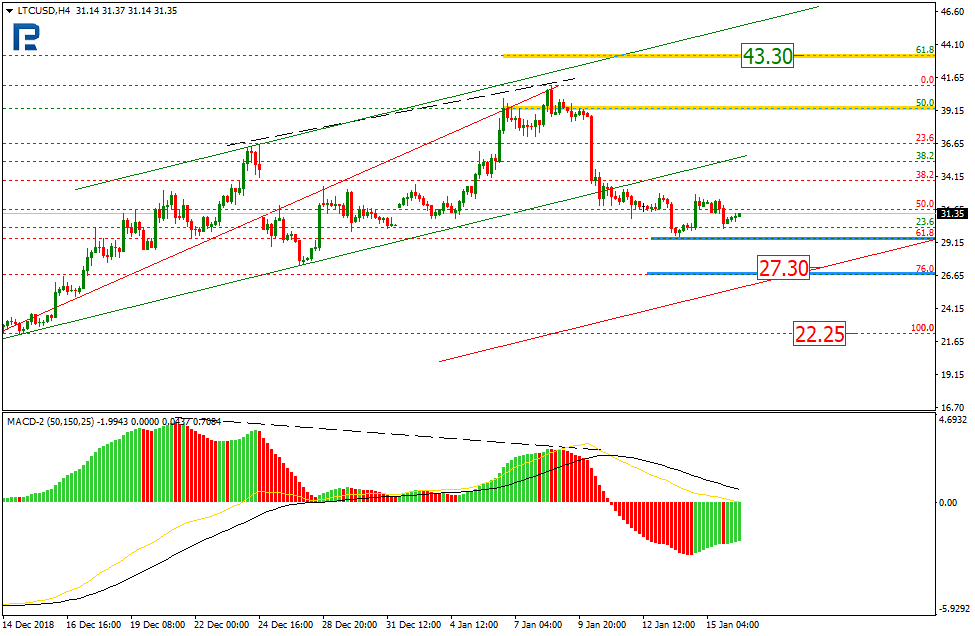 On H4, after the divergence and the support breakout, the price reached 61.80% Fibo. The major descending target is still at the projection channel support, or $27.30, which is very close to 76% Fibo. 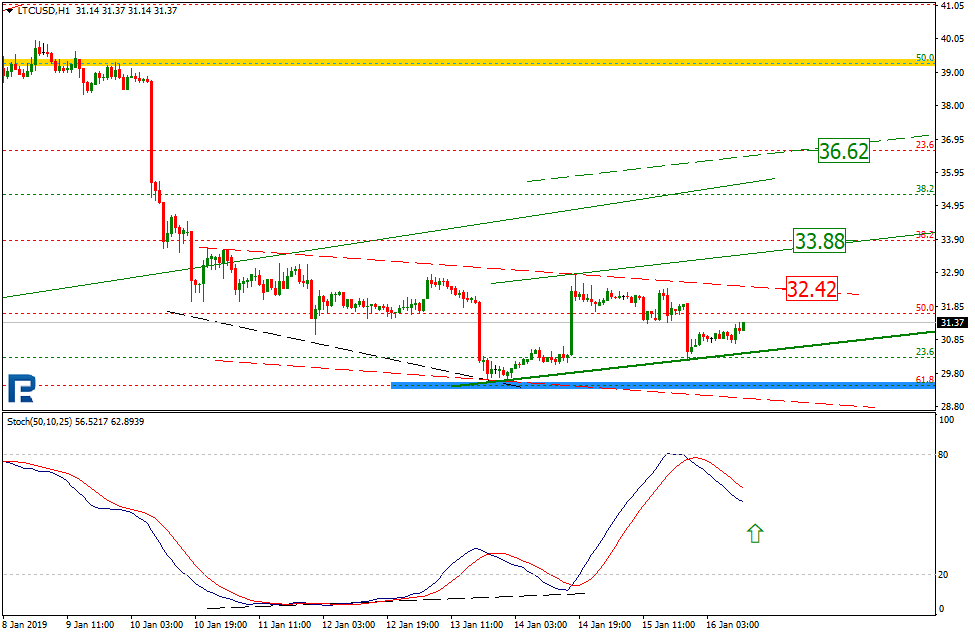 On H1, the coin is forming a new ascending channel, if a very uncertain one. In order to confirm this move, the price will have to break out the current resistance at $32.42 and then reach $33.88 and $36.62. 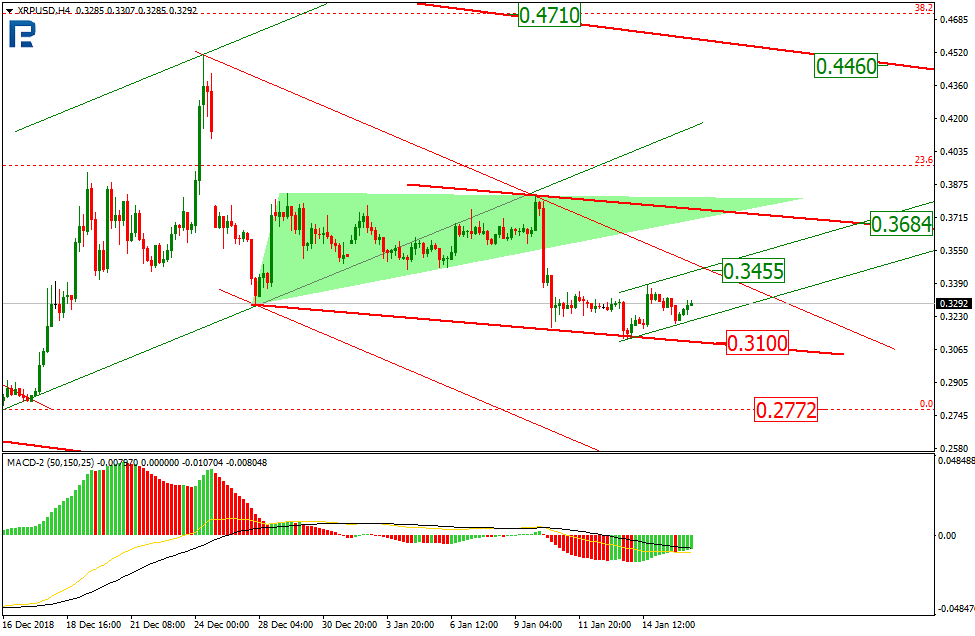 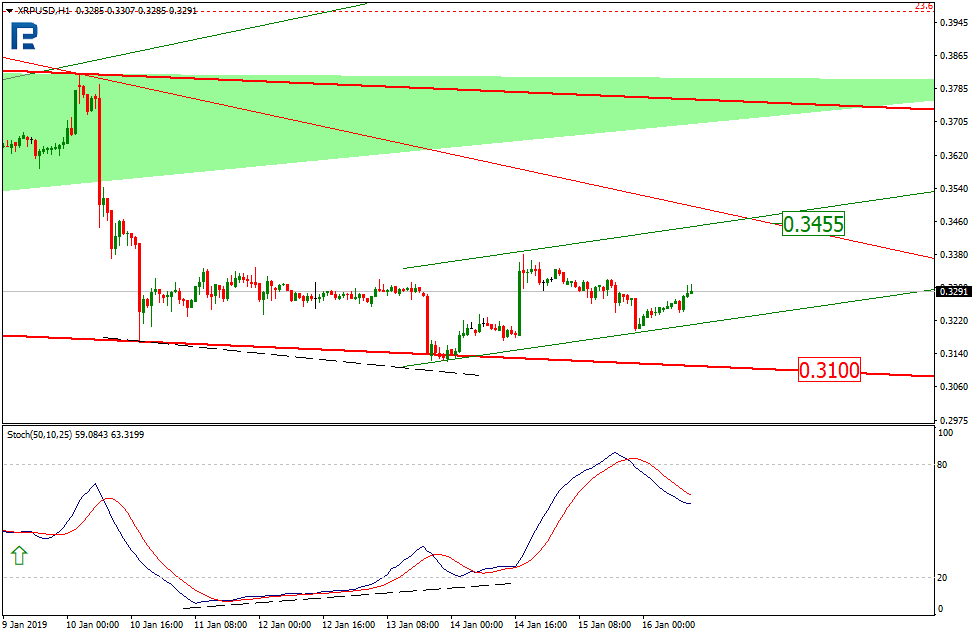 On H1, the XRP started rising after the Stochastic convergence. The local target is at $0.3455, and in case the Stochastic forms a golden cross, the price will be very likely to reach it.