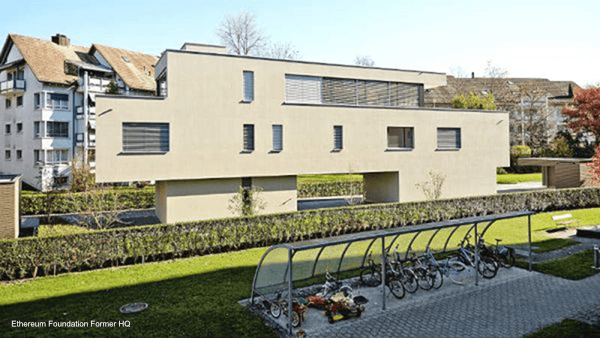 Ethereum developers now have the option of receiving their salary or part of it in the algorithmically dollar pegged dai according to Alex van de Sande who said:
‏
“When I started working at ethereum I was paid fully in bitcoin. As soon as the option was available, in 2015/16 I started receiving fully in ether. Now I’ve had the honor to be the first person in the Foundation to be paid in DAI!”
“I believe it’s important to use the tools we are building in a daily basis,” Sande further added. We wondered whether he is using dai just as a fiat conduit, with Sande telling Trustnodes:
“I hope to take out only enough money to pay my bills and keep the rest on chain in Compound or whatever else replaces it.”
He said not only does he use dapps, but he’s “actually trying to build an automated payment system for the team, so they will always be paid on time, which uses Compound too.” Elaborating further, Sande said:
“It should work like Aragon’s Payroll… the problem being that foundation usually pays in the middle of the month, while my devs like being paid in the day 1, or preferably every two weeks.
We can build a contract that keeps all the money on Compound, and then sets how much people are paid per second (yearly of course) and then whenever they request payment it will pay the amount due…
We’ve been doing that for the whole year last year, where the contract would pay them an advance in ether, beginning of every month, and then the foundation paid back the contract.
Worked quite well for everyone involved. Only thing I’m changing is trying to add support for dai, connecting it to Compound and making it more automated (it would require 3 tx for every payment from me).”
We tried to find the Ethereum Foundation (EF) Collateralized Debt Position (CDP) address, but without much success. From what little blockchain “snooping” we could do, it appears they’re sort of collateralizing as you go:


We can see above their blockchain address is making a number of 1,000 eth ($100,000) transactions with some frequency. Some of it seems to end up at dai’s smart contract.
The Request Network seems to have taken a different approach. They sent 20,000 eth, about $2 million, to dai in a transaction that occurred earlier today.
Here we think we have found the CDP. Some $600,000 worth of eth has been converted into dai with the position having a close to 400% collateralization ratio. Eth’s price needs to fall to $45 for this 20,000 eth to leave them with only $600,000.
“Financially speaking, part of the [Request Network] foundation funds (ETH raised during ICO, check wallet below) are now locked in a CDP to counter the fact we might need to convert ETH > DAI to pay expenses etc., which would be an opportunity cost in this current market. Instead, a CDP is opened,” says Robbin Mazurel, Brand Manager at Request Network.
The wallet in question now has about $6 million worth of eth, so they’re sort of hedging by converting some of it into dollar dai.
They could perhaps go further and lend some of it with interest. The risks here, in an ideal world, so being minimal because they could always send more eth to the CDP if price did head towards $45.
In the real world, there are of course some risks. There could be some bug somewhere, for example. But there’s also the upside.
That 600k is kind of a fictional abstraction that unlocks liquidity. Without dai, or something like it, they would have needed to sell the eth. Here, the eth isn’t quite sold. If price goes to $300, therefore, that 600k might become 1.8 million while the other $1.2 million locked eth would become close to $4 million.
Making it all quite an interesting way of sort of selling your eth while not quite selling it in a financial wizardry that has now been taken off the hands of Wall Street and has been given to the many.
Copyrights Trustnodes.com