Over the last week, the crypto market recovered a decent part of its previous losses. This rise, however, may be just a technical correction and may not last for long. 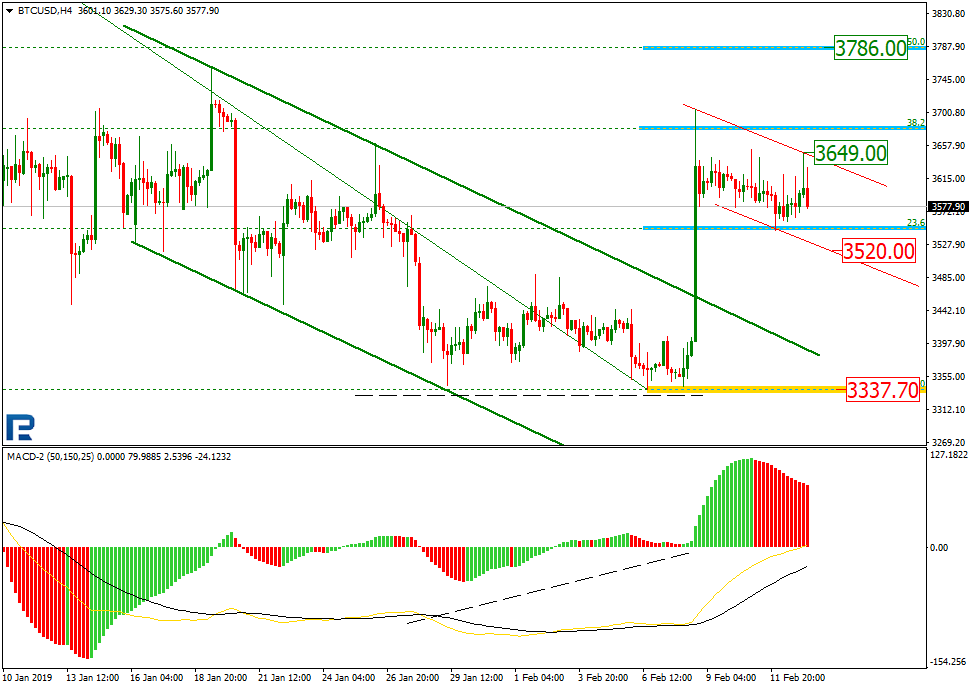 The BTC had been downtrending for over a month, which resulted in a strong resistance breakout. On H4, the price started correcting.

People are wondering whether the BTC has a chance to continue rising, and it does have it, but only once the correction is over. 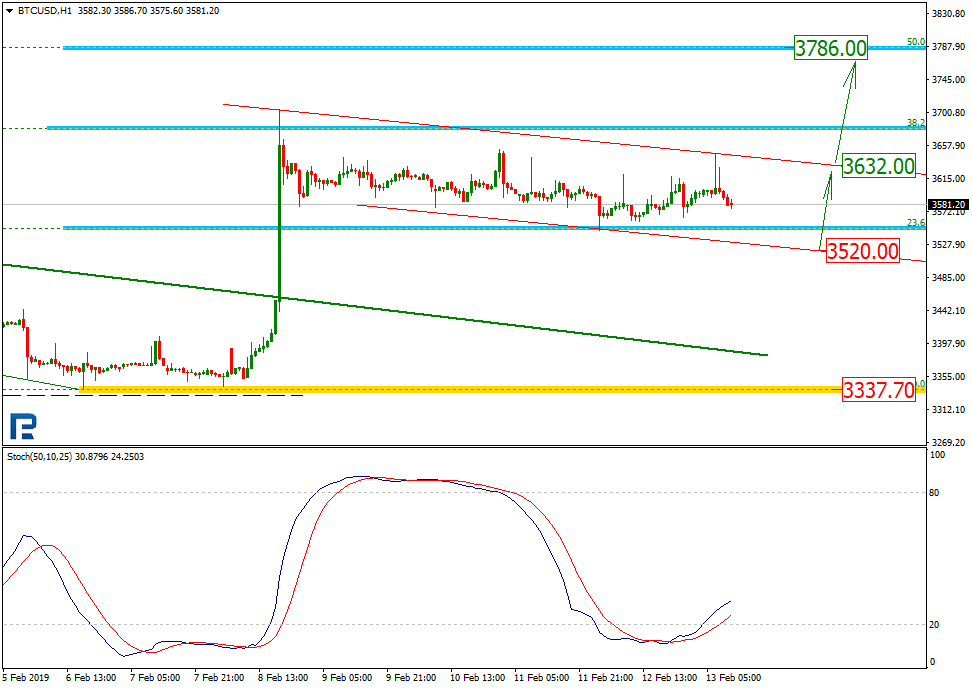 On H1, the major crypto bounced off the resistance and went down towards the support at $3,520. The price may then bounce off and test the local resistance at $3,632 again. If successful, it may then head to the latest high at $3,786. 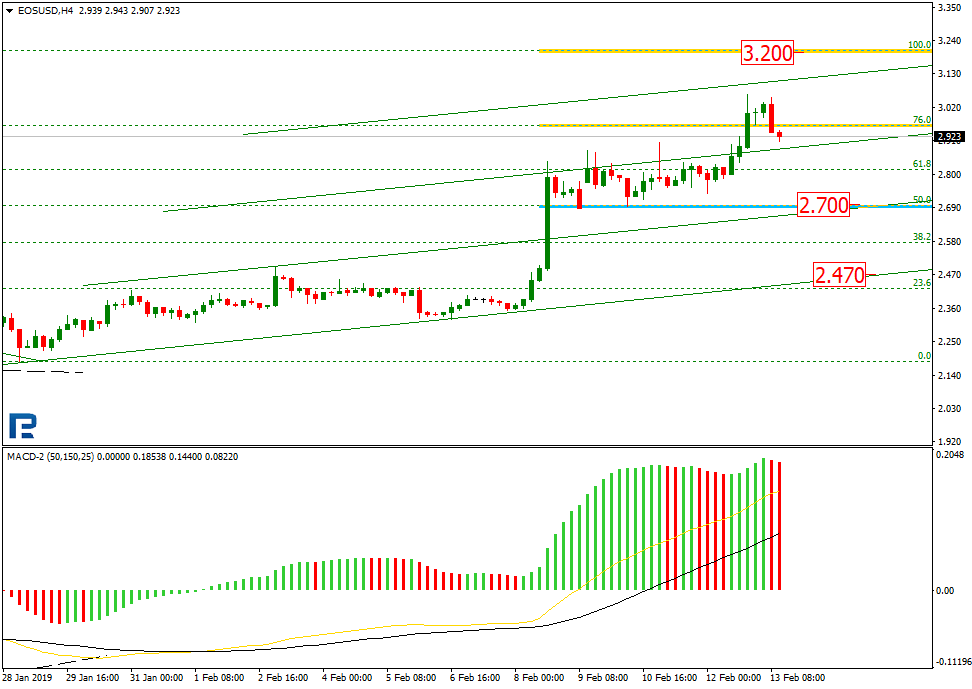 On H4, the EOS rose heavily in 3 steps after the MACD convergence, step 2 and 3 being the most successful. After testing 76% Fibo, though, the price started pulling back to the support at $2.70.

It may then bounce off the support, however, and rise again, now reaching the fractal at $3.20. Conversely, if the support gets broken out, the price is likely to continue going down towards $2.47. 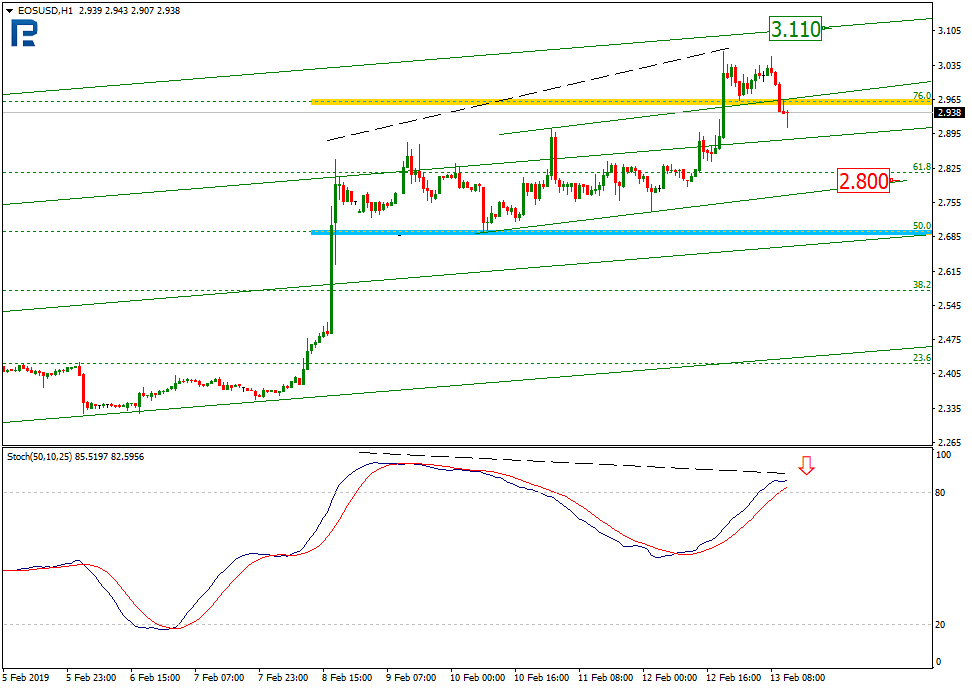 On H1, the Stochastic diverged, which sent the EOS lower. If the oscillator forms a black cross, a downmove towards $2.80 will be very much possible. 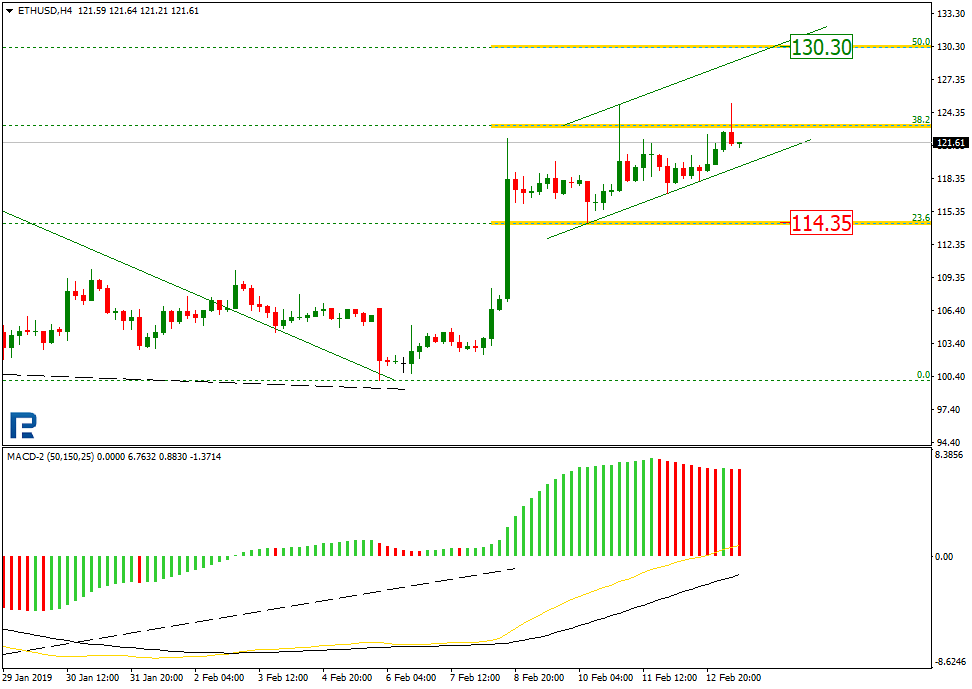 The MACD is headed upwards, thus confirming the bullish sentiment. The support is meanwhile at $114.35. 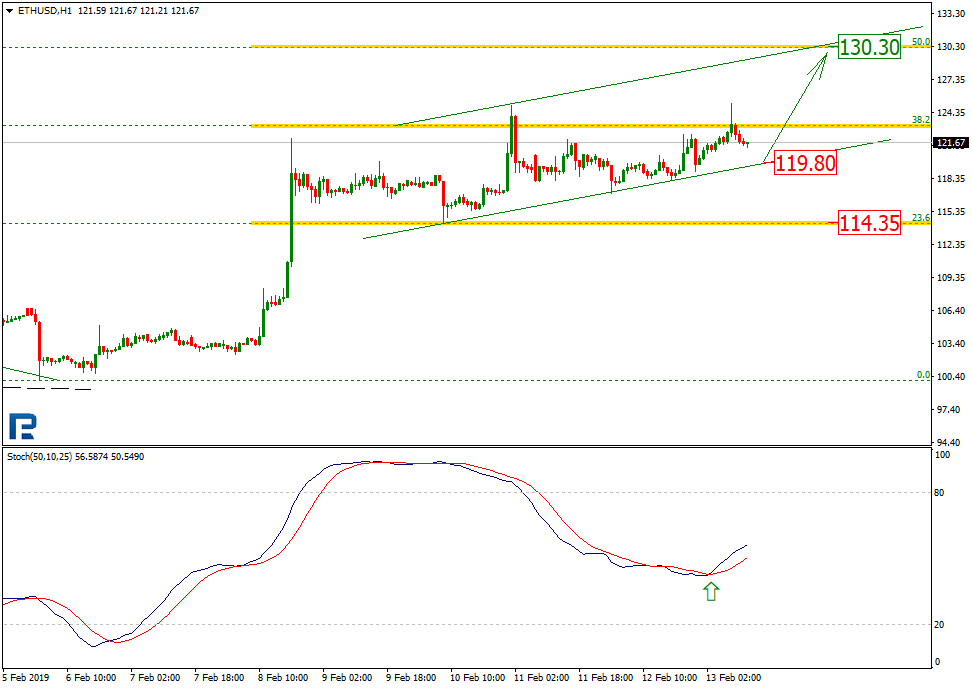 On H1, Ether has formed an ascending channel, but its momentum is already fading out, considering the time and effort spent. The price may well fall to the support at $119.80, then rising, however, to reach $130.30, which is confirmed with the Stochastic’s golden cross. 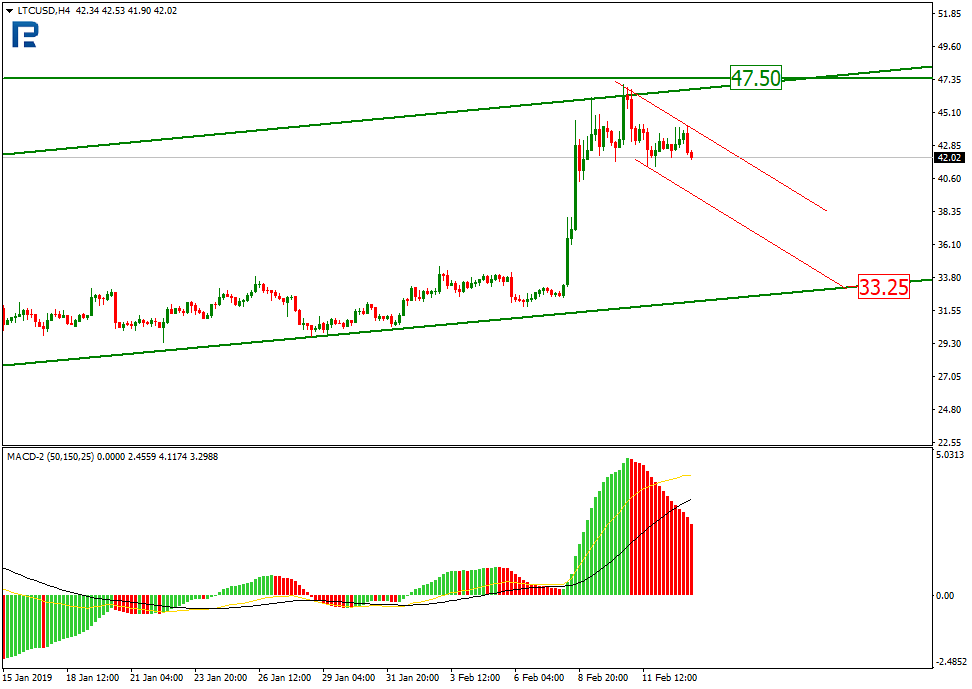 Litecoin’s momentum has been the strongest lately compared to other cryptos. Its price went above the latest high and approached very close to the fractal resistance at $47.50.

Technically, the LTC reached the upper ascending channel boundary, which may signal the price is going to fall soon to the support at $33.25. 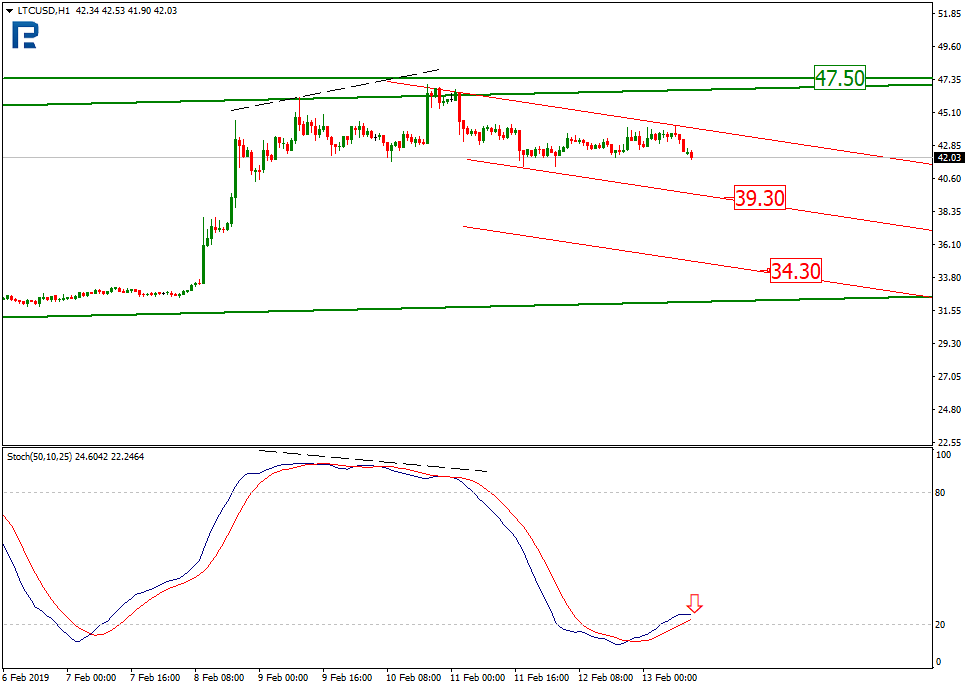 On H1, the Stochastic diverged and formed a black cross, which sent the price lower. After the resistance has been broken out, the price may pull back to the support at $39.30, and then to $34.30; this will be confirmed in case the indicator forms a black cross. 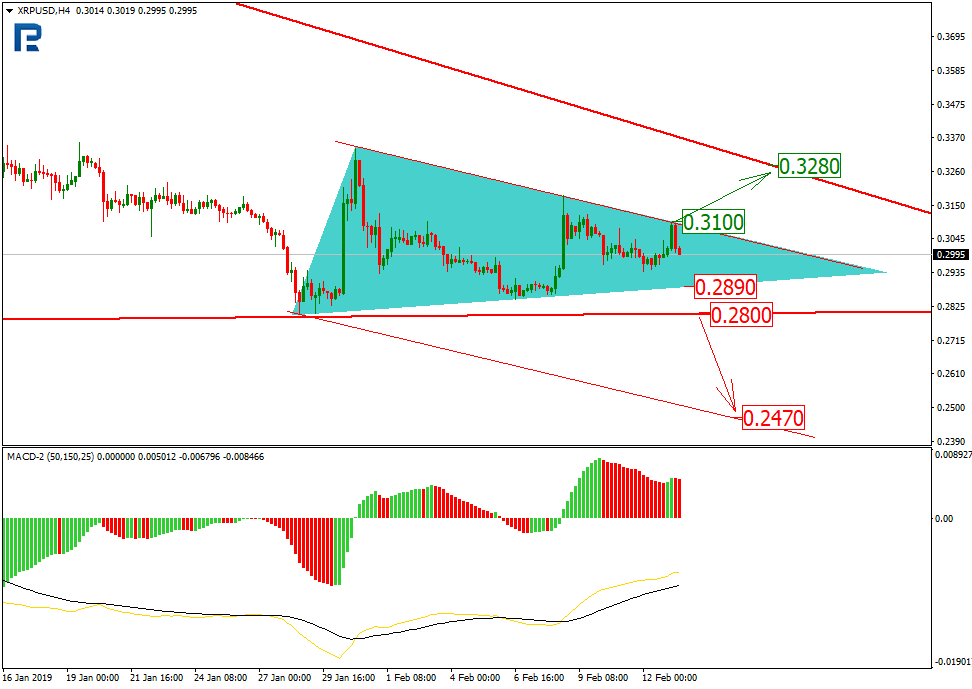 In the long term, the XRP is still consolidating inside a triangle on H4, and quite the same thing is happening in the short term, too.

After breaking out the triangle, the price may head both up and down. The MACD is rising, which means the price may break out the diagonal resistance at 0.310 and rise towards $0.328.

Both the midterm and the long term triangles are descending, though, so a fall and the support breakout at $0.289 are more likely. This may send the price to $0.280 and then to $0.247. 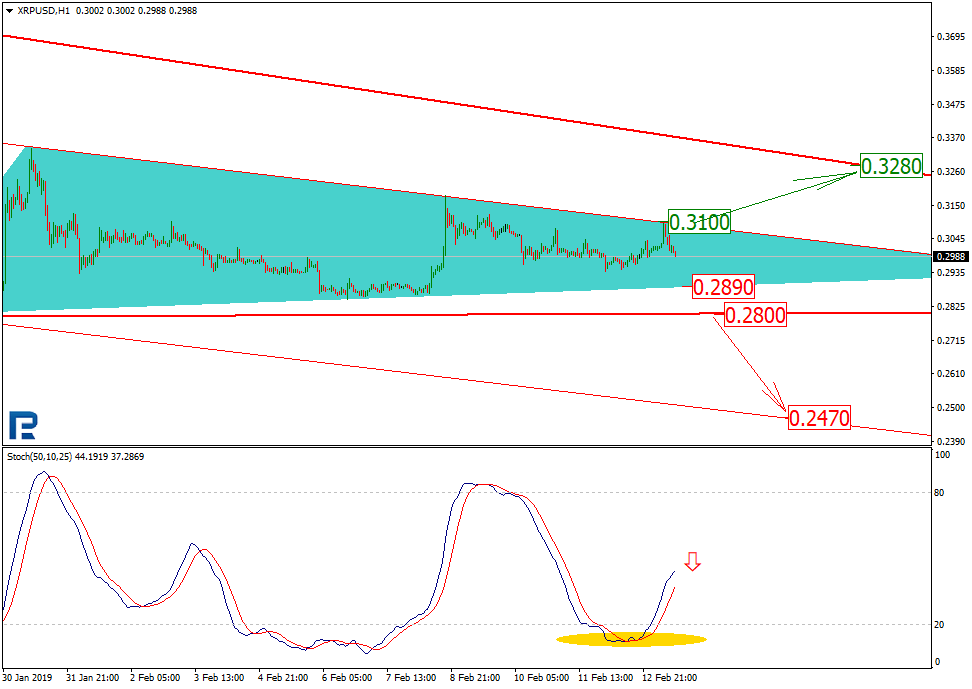 On H1, the XRP is showing the same triangle. While the Stochastic left the oversold territory, the price was unable to beak out the resistance, and now it is likely to go down, especially in case a black cross is formed.