A massive whale or group of whales wants to see ProgPoW go through with $73 million worth of eth voting in favor of it in the past 24 hours.

That has shifted the eth holders vote from close to unanimously against to now just 23% against while 76% of the eth cast is currently in favor.

Most of the eth that has voted in favor of ProgPoW come from an account that withdrew from Bitfinex 450,000 eth about two years ago during circa March 2017.

The funds stay in that 0x900 account until they are withdrawn a month ago to the address that voted in favor of ProgPoW at about 2AM London time, meaning the holder is probably an American.

Another address that voted at about 8AM London time today, withdrew 100,000 from Bitfinex  41 days ago and straight on voted for ProgPoW without further changing address.

Likewise another address withdrew from Bitfinex close to 60,000 eth 41 days ago and without changing address voted in favor of ProgPoW at about 2AM London time. 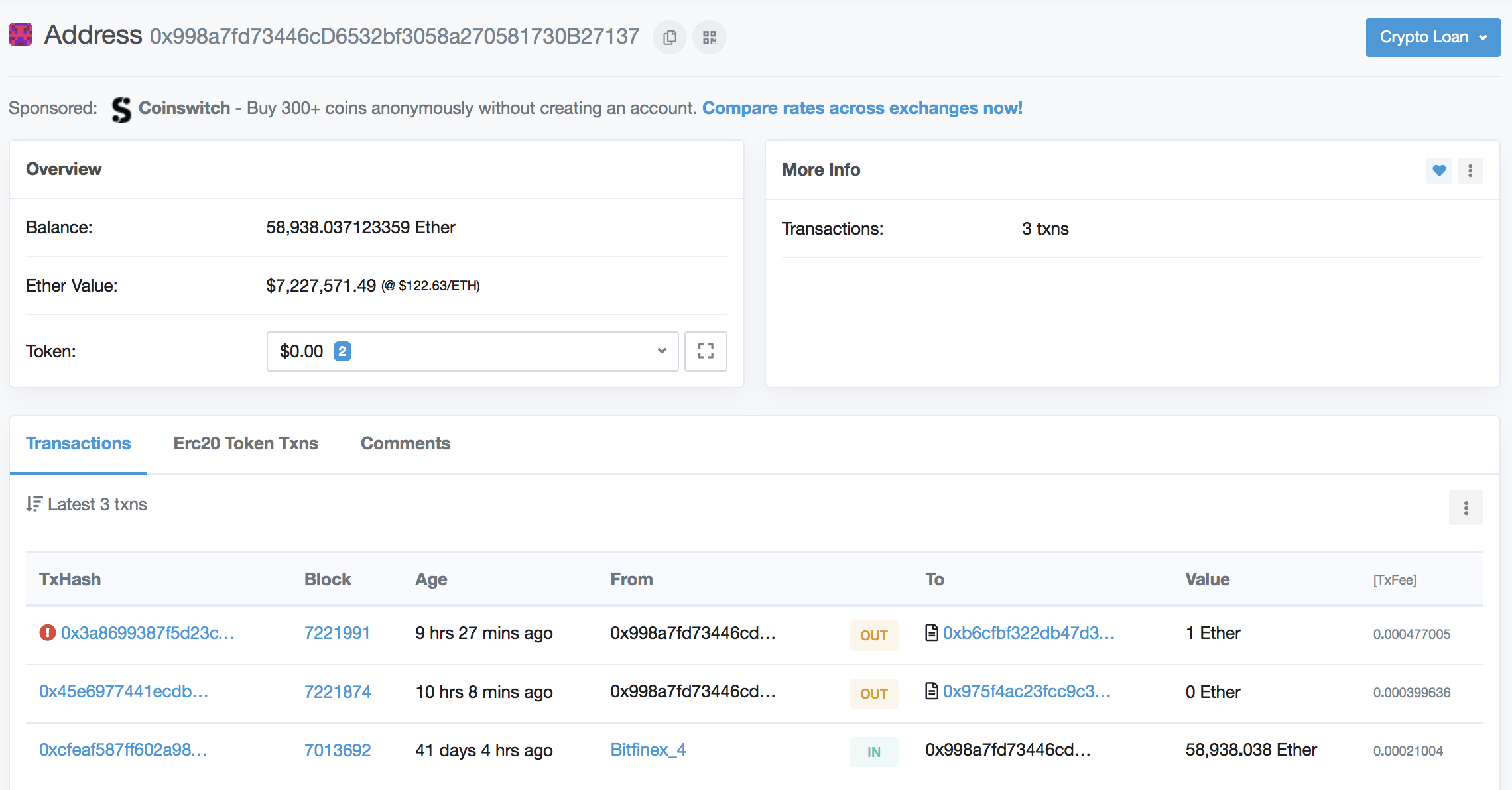 That suggests these addresses belong to the same person or entity, with it unclear at this stage who that entity is, but they might have some relationship with Bitfinex which they have trusted with such huge sums of funds even as Bitfinex keeps experiencing difficulties with fiat withdrawals.

It’s unclear whether they have used Bitfinex simply as a way to obfuscate the trail of money movements as now one can’t easily see when these sums were deposited to Bitfinex or by what address.

Alternatively, the holder might have used Bitfinex to actually trade with these funds or perhaps they’re trying to suggest they purchased the eth.

Whale War in the Voting Booth

Just voted for Gnosis on https://t.co/2jTMlGehGa
In part because I generally think we should develop and cultivate a wide range of signaling tools and I want to support those efforts. In part however also to demonstrate how "broken" they are individually nevertheless.

He previously has come out against ProgPoW, but now a 3x bigger whale has been able to tilt the three days old vote.

Suggestions has been made that this vote is not binding, including on the voting page itself, but as the proposal to change ethereum’s Proof of Work algorithm is controversial, it is unclear how else a decision can be made.

Just as it is unclear how long this vote is meant to last, with previous comparable votes lasting between a week and a month.