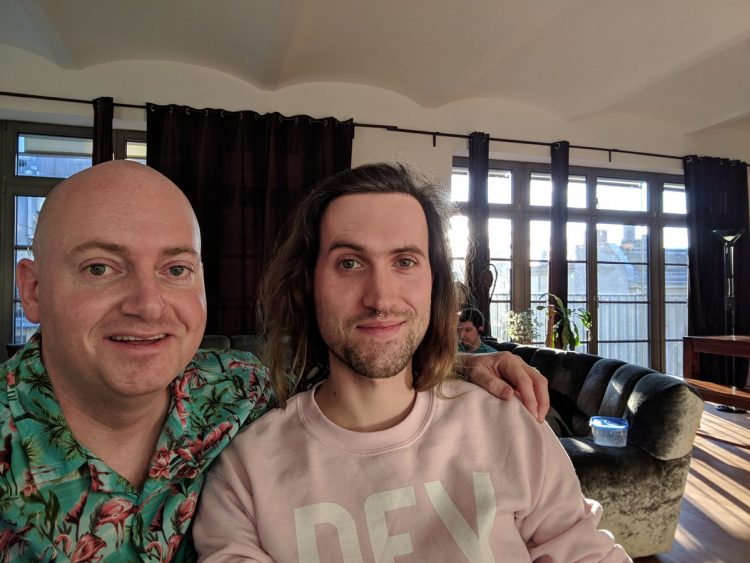 “The bomb is an annoyance that no longer serves a purpose,” Afri Schoedon (pictured on the right), release manager at Parity Tech, said this Thursday, adding:
“I personally don’t want to deal with [the difficulty bomb] anymore. Serenity is not happening this year and most likely not next year. So why bother?”
He took the effort to put forward some code in an Ethereum Improvement Proposal which permanently removes the difficulty bomb if it is accepted.
“[The difficulty bomb] wastes developer hours discussing yet another proposal for each and every fork. And since hybrid PoS is not the plan anymore, we don’t need a difficulty bomb to encourage miners to move to the beacon chain,” Schoedon said with Alexey Akhunov, who is working on Eth1x, agreeing.
https://twitter.com/realLedgerwatch/status/1096076443455537152
Others disagreed. Jochem Brouwer, who describes himself as Blockchain Developer, stated:
“Without a difficulty bomb miners have no incentive to upgrade their nodes, besides of course if the general public does not accept the non-forked coin to have any value. Miners can now easily take the network ‘hostage’ by deciding not to switch.”
Likewise another developer, Marcus Ligi, agreed, stating: “My fear is that without the difficulty bomb we might end up in a situation where rolling out forks gets difficult because people just do not update their software as there is no real need to do so.”

The difficulty bomb is a protocol rule that artificially increases difficulty after a certain time frame, beginning slowly but exponentially.
It is meant to take miners out of the equation when it comes to the Proof of Stake (PoS) upgrade as the Proof of Work (PoW) chain will increase in mining difficulty to the point finding a block becomes impossible.
PoS was initially estimated to kick-in in 2017, but it wasn’t ready so the difficulty bomb was delayed by about a year and a half.
A change in plans to speed up sharding meant that PoS is still not ready, so the difficulty bomb is to be delayed again for 12 months in the Metropolis Constantinople upgrade.
Constantinople was meant to go through in September, with a testnet launched in October. That testnet had a Parity bug, with Schoedon immediately calling off the upgrade for three months.
In January then there was another bug, with the upgrade set to occur at almost the precise time when block rewards fall below the reduced 2eth per block at the end of this month.
Those series of events led some to suspect there’s a sabotage attempt, but Vitalik Buterin, Chief Scientist at the Ethereum Foundation, reminded all that the ice age had kicked in, so the delays didn’t matter:

That said the issuance reduction will happen anyway due to the ice age; total supply will increase by max ~100k relative to forking today before the ice age pushes issuance to below post-Constantinople 12k/day. But ice age will harm UX and push up fees unless extended soon…

That makes the difficulty bomb an insurance policy against any potential sabotage attempt by miners or others. It does have downsides, however, because it might rush upgrades even if some matters, like CREATE2, might need a bit more discussion.
Developers have agreed that the solution to Create2 is more education, but in a devs call yesterday Buterin said they have to be careful in regards to the state fees proposal which might begin deployment in October.
That proposal is meant to allow non used smart contracts to be deleted and then re-instated if desired. While create2 allows for contracts that use self-destruct to be reinstated at the same address, but with different code which could lead to theft.
Some more discussion on how that might affect state fees would have perhaps been desirable, but the difficulty bomb will soon temporarily reduce issuance below 2eth. So it is going ahead now presumably no matter what, within reason.
Copyrights Trustnodes.com