Over the last week, the crypto market made new midterm highs but then bounced down. Whether a rise is possible, yet remain to be seen; there is some potential for a few cryptos, while others look like ready to move down within the long term descending trend. 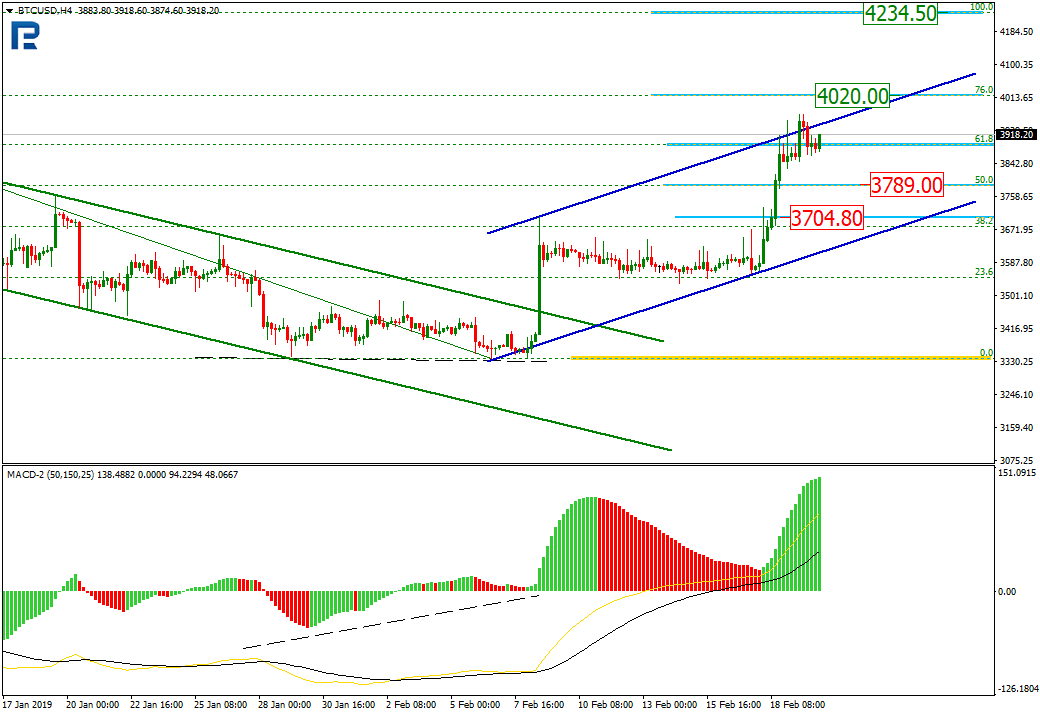 On H4, the BTC is testing the ascending channel support, so the price seems ready to continue its midterm uptrend. The immediate target lies at $4,188.40, the current high, then the major crypto may head to 38.20% Fibo, or $4,428.

The latest downmove is likely to be a pullback, which reached 50% Fibo, and in most cases this ends up with a rising scenario. 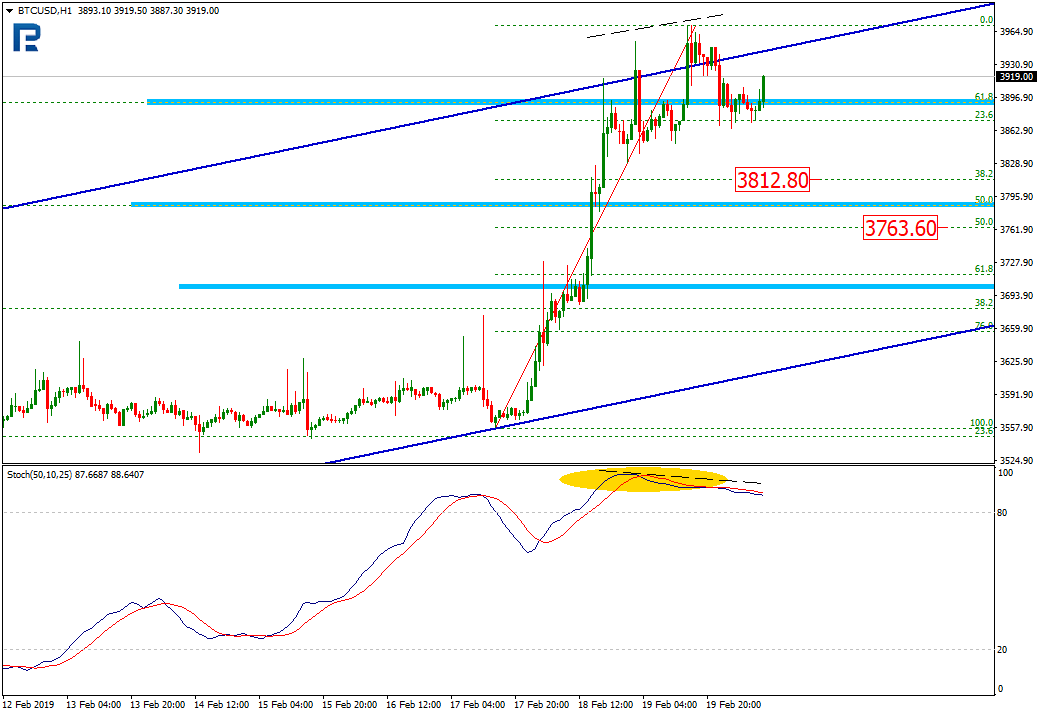 On H1, the Stochastic is leaving the oversold territory, which is all for the rise, but this rise may only act as a pullback for the current downtrend, especially if the oscillator forms a black cross. 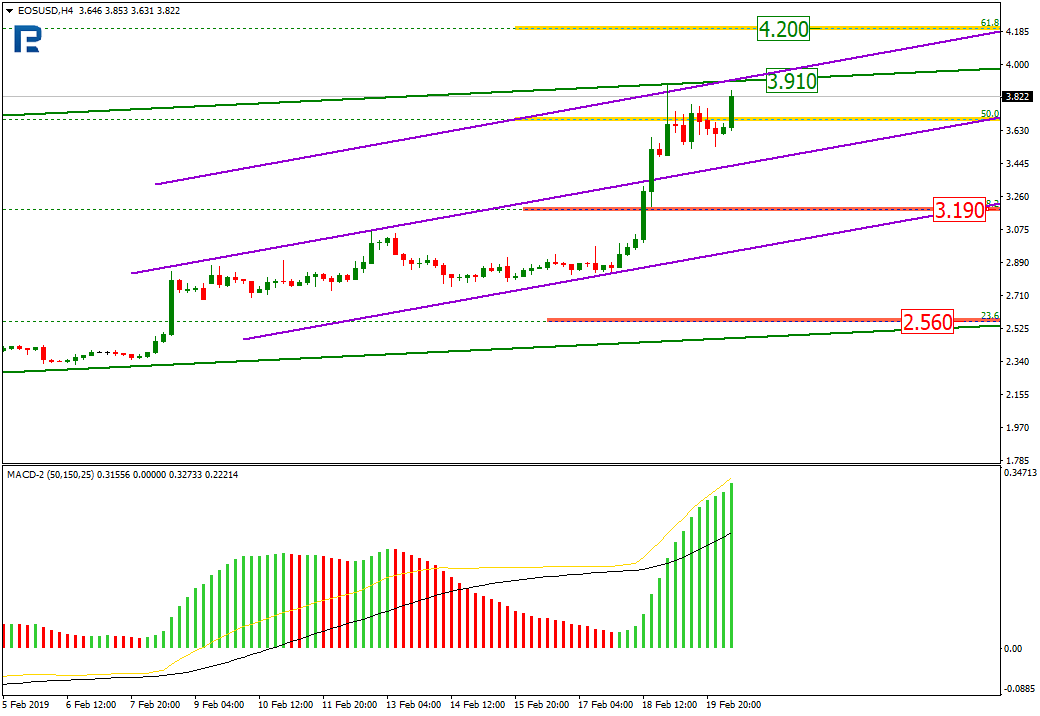 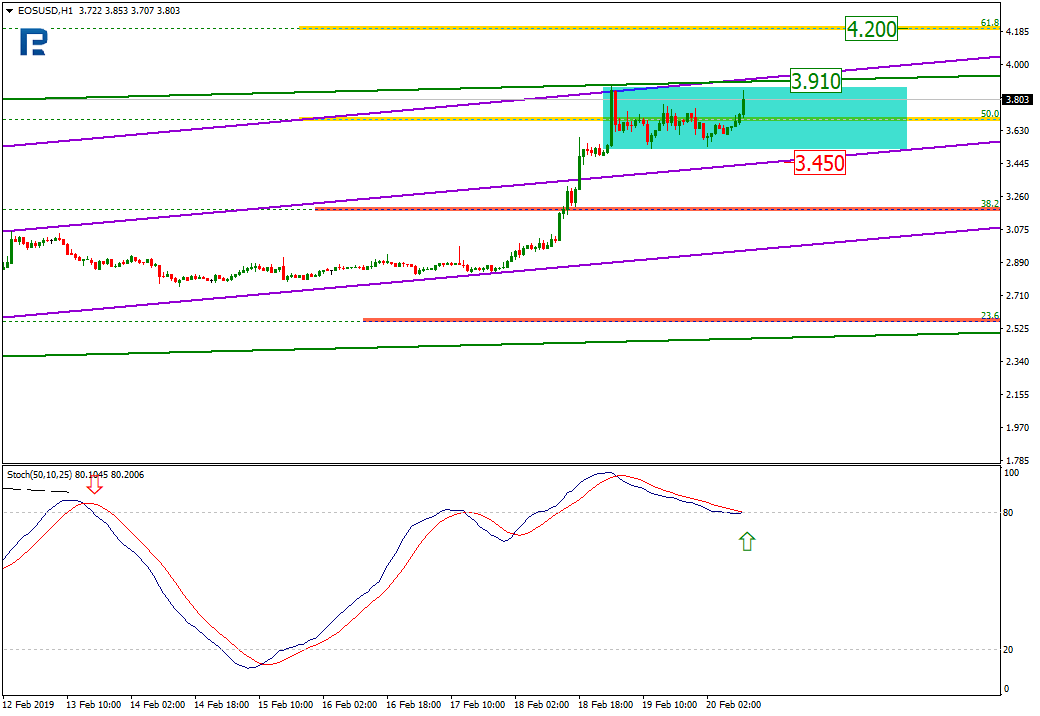 On H1, a triangle has been formed, while the Stochastic has been long in the overbought territory and is forming a golden cross, which means the triangle pattern might soon be over. Conversely, the price may also hit the support at around $3.42, which will send the EOS to $3.16. 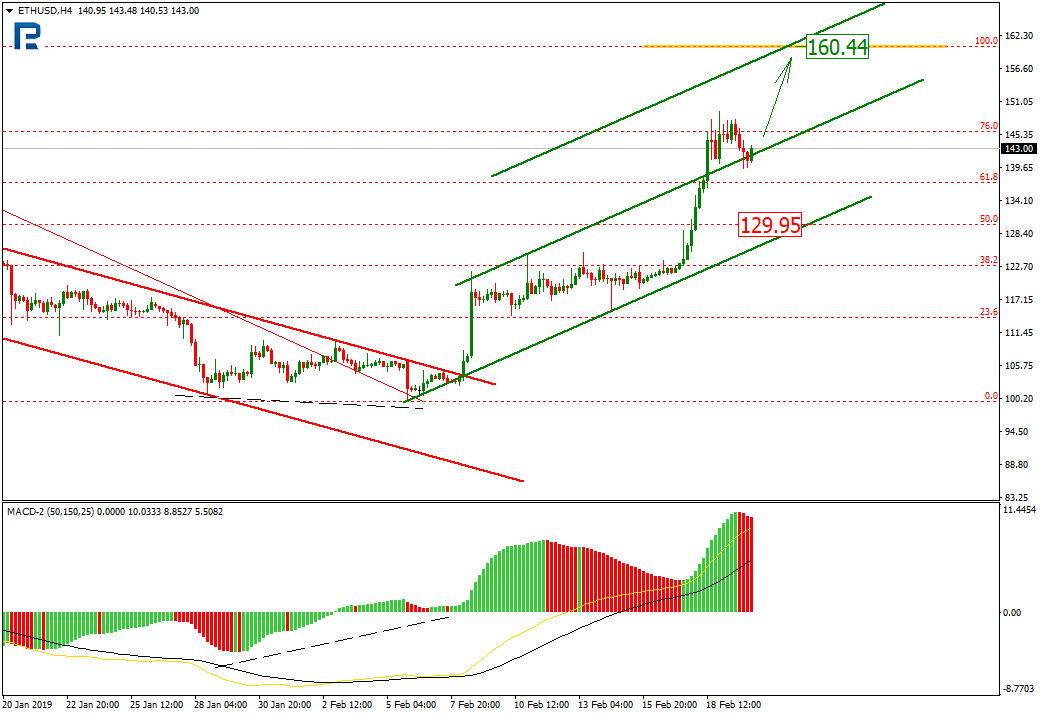 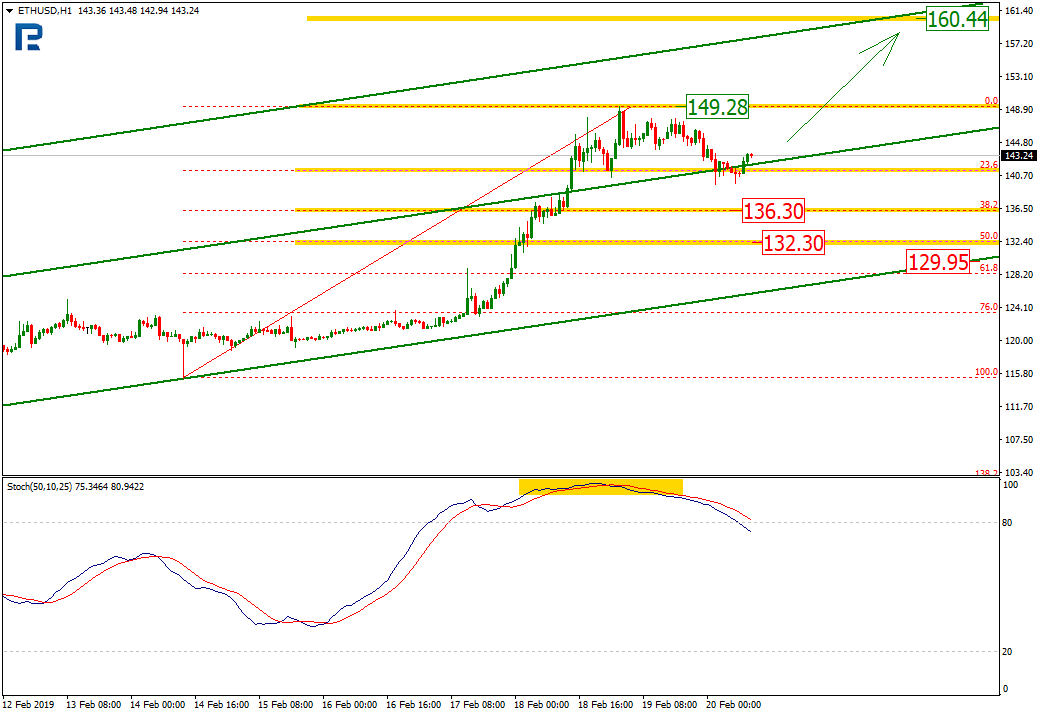 On H1, the Ether is consolidating. In case the resistance at $140.91 gets broken out, the price may then rise to $155.68, which is confirmed by the Stochastic having formed a golden cross and leaving the oversold territory. 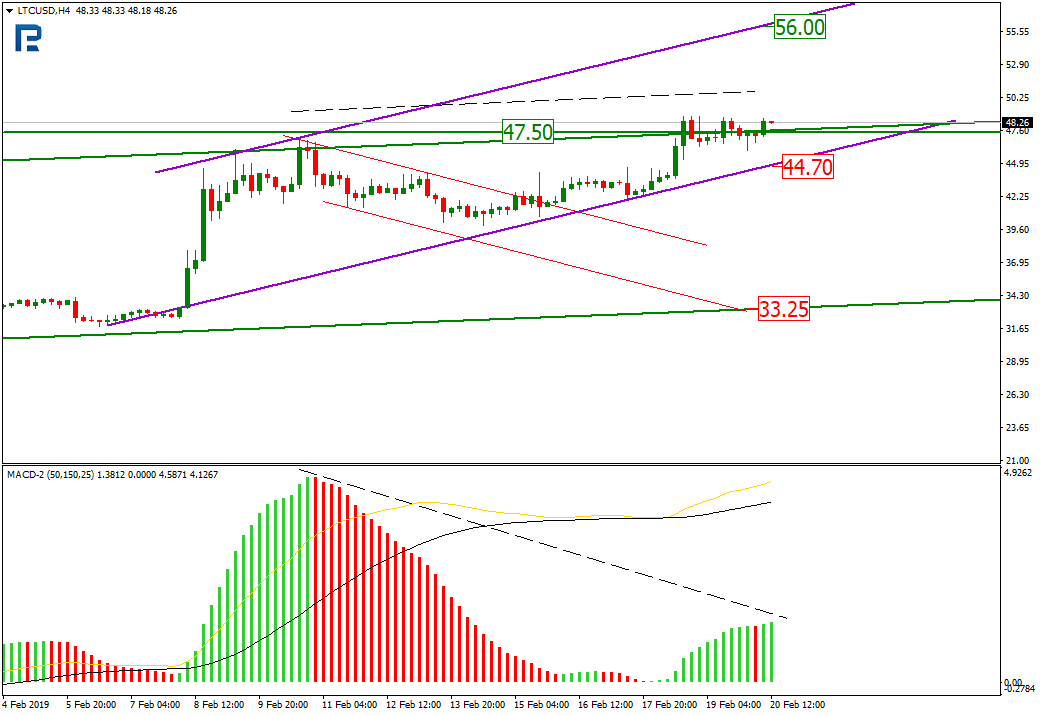 On H4, the uptrend reached the midterm ascending channel resistance, and then the MACD diverged and the short term channel support got broken out. 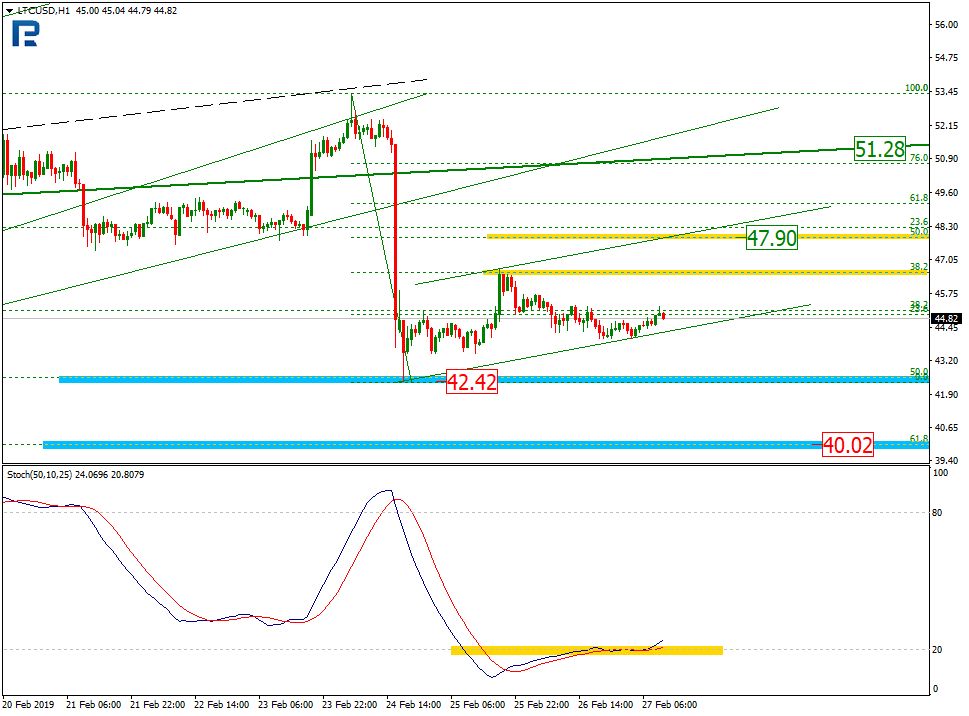 On H1, the LTC is correcting, while a small ascending move might be noted within this correction, which is also confirmed with the Stochastic. 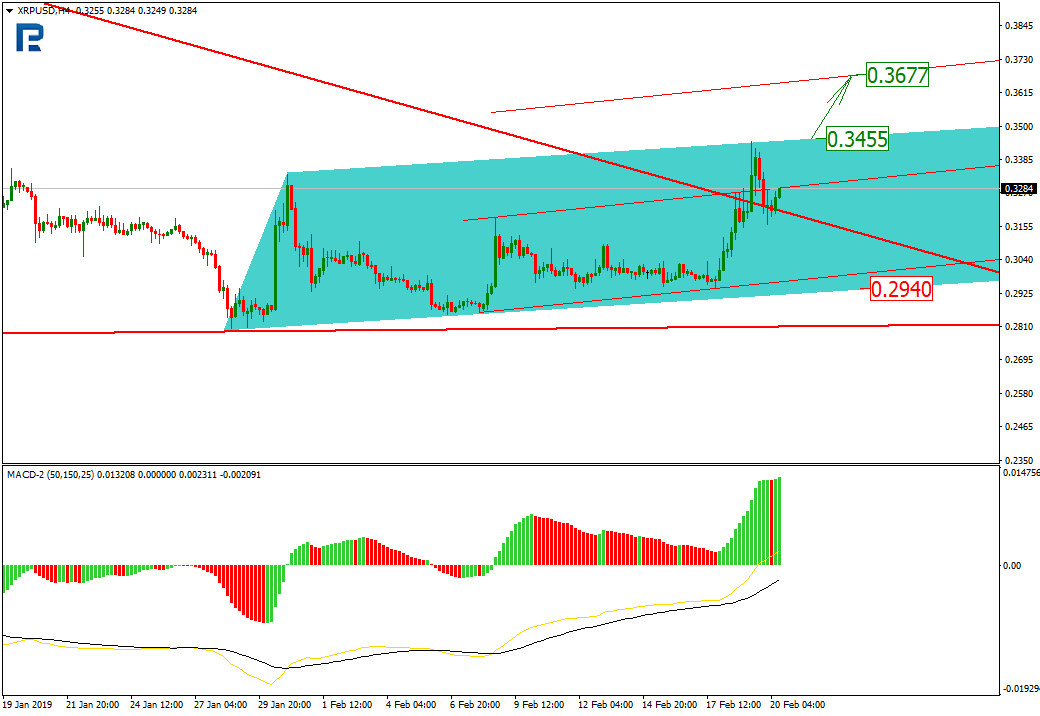 On H4, the midterm outlook has not changed much for the XRP, as it’s still trying to test the long term resistance.

The midterm channel is meanwhile the same, with the boundaries at 0.2990 and 0.3500. In the short term, the price may go down to reach the support, which is confirmed by the MACD. 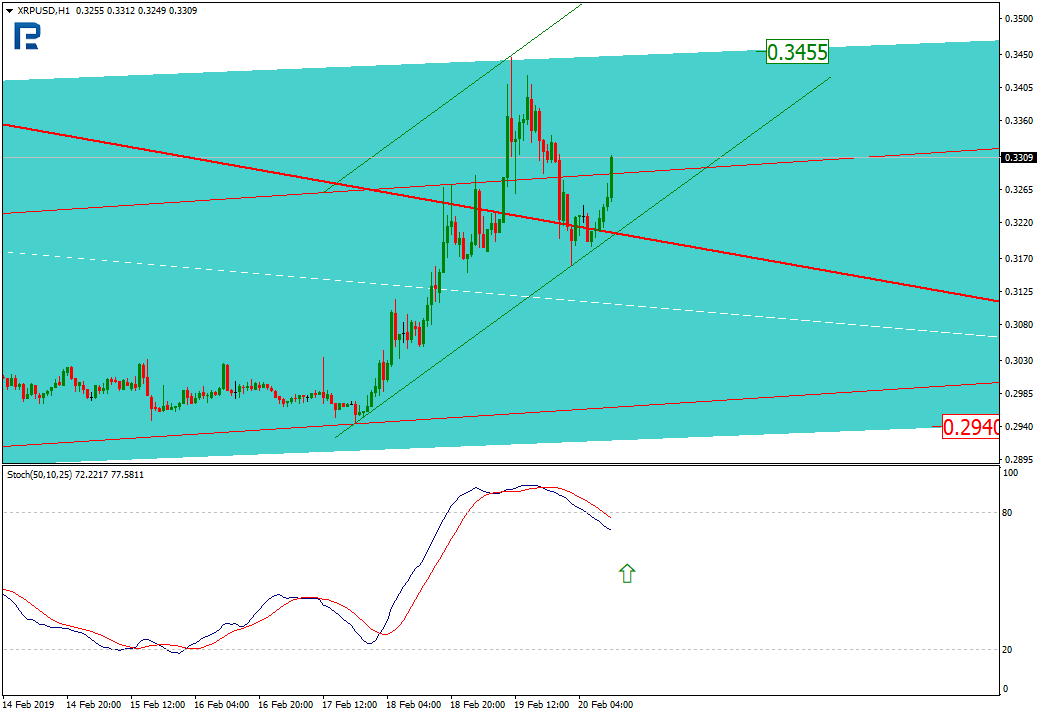 On H1, the XRP is forming a short term downtrend, confirmed with the Stochastic’s black cross.