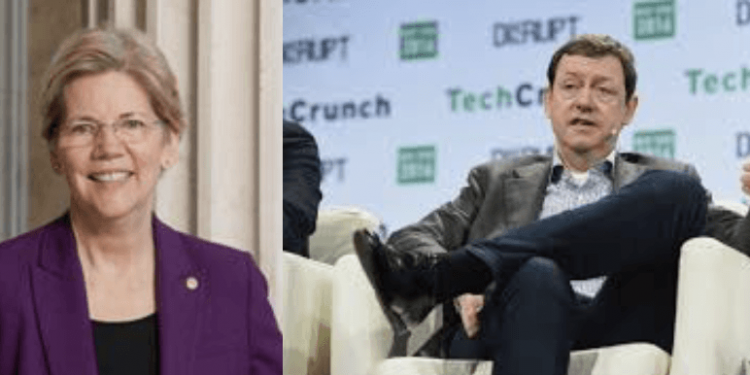 Elizabeth Warren, one of the frontrunners to take on Trump in the 2020 presidential election, has announced plans to break up tech monopolies by designating them as public utilities. We quote at length:
“Weak antitrust enforcement has led to a dramatic reduction in competition and innovation in the tech sector. Venture capitalists are now hesitant to fund new startups to compete with these big tech companies because it’s so easy for the big companies to either snap up growing competitors or drive them out of business. The number of tech startups has slumped, there are fewer high-growth young firms typical of the tech industry, and first financing rounds for tech startups have declined 22% since 2012.
With fewer competitors entering the market, the big tech companies do not have to compete as aggressively… and can act — in the words of Mark Zuckerberg — ’more like a government than a traditional company…’
My administration would restore competition to the tech sector by taking two major steps:
First, by passing legislation that requires large tech platforms to be designated as “Platform Utilities” and broken apart from any participant on that platform.
Companies with an annual global revenue of $25 billion or more and that offer to the public an online marketplace, an exchange, or a platform for connecting third parties would be designated as “platform utilities.”
These companies would be prohibited from owning both the platform utility and any participants on that platform. Platform utilities would be required to meet a standard of fair, reasonable, and nondiscriminatory dealing with users. Platform utilities would not be allowed to transfer or share data with third parties.
For smaller companies (those with annual global revenue of between $90 million and $25 billion), their platform utilities would be required to meet the same standard of fair, reasonable, and nondiscriminatory dealing with users, but would not be required to structurally separate from any participant on the platform.
To enforce these new requirements, federal regulators, State Attorneys General, or injured private parties would have the right to sue a platform utility to enjoin any conduct that violates these requirements, to disgorge any ill-gotten gains, and to be paid for losses and damages. A company found to violate these requirements would also have to pay a fine of 5 percent of annual revenue.
Amazon Marketplace, Google’s ad exchange, and Google Search would be platform utilities under this law…
Small businesses would have a fair shot to sell their products on Amazon without the fear of Amazon pushing them out of business. Google couldn’t smother competitors by demoting their products on Google Search. Facebook would face real pressure from Instagram and WhatsApp to improve the user experience and protect our privacy. Tech entrepreneurs would have a fighting chance to compete against the tech giants.”
Fred Wilson, one of the most prominent Venture Capitalist in Silicon Valley, was asked specifically about Warren’s statement that “venture capitalists are now hesitant to fund new startups to compete with these big tech companies.” Wilson said:
“We are on the cusp of a new architecture, based on a user’s control of their own data, and monetized via protocol tokens, that will unseat all of these monopolies in time. the massive increase in ICO-based fundraising, largely outside of the US, is the counterweight to this.”
He did, however, acknowledged the Google, Facebook, Amazon, Apple “kill zones.” Stay out of that zone, he said, and you’ll be fine.

A number of blockchain projects are working on providing open alternatives to the tech giants with the Initial Coin Offering (ICO) model providing a business method for user controlled data.
Warren, however, doesn’t seem to be a fan of ICOs. “None of the roughly $4 billion so far raised through ICOs had registered properly with the SEC,” she said.
Her approach appears to be that regulation provides all the solutions, but one of the biggest barrier to competition is the Securities Act 1933 which has cumbersome requirements that do not differentiate between a start-up and a global corporation.
The real solution is a mixture of smart regulations or enforcement of anti-competitive laws in addition to the updating of very old laws written at a time when women barely had the right to vote.
The nearly 70 years old Warren, however, seems to be taking the usual state intervention approach without complementing it with strengthening the free market by updating old laws. While the right might take the usual free market approach perhaps without complementing it with some state intervention where there is anti competitive behavior or where censorship gets so out of hand that it makes a mockery of free speech.
With such two ships in completely different oceans, voters are then left to pick one or the other when most probably want a combination.
Copyrights Trustnodes.com