Technically, the market is correcting in the midterm, still without any hint of heading up or down. 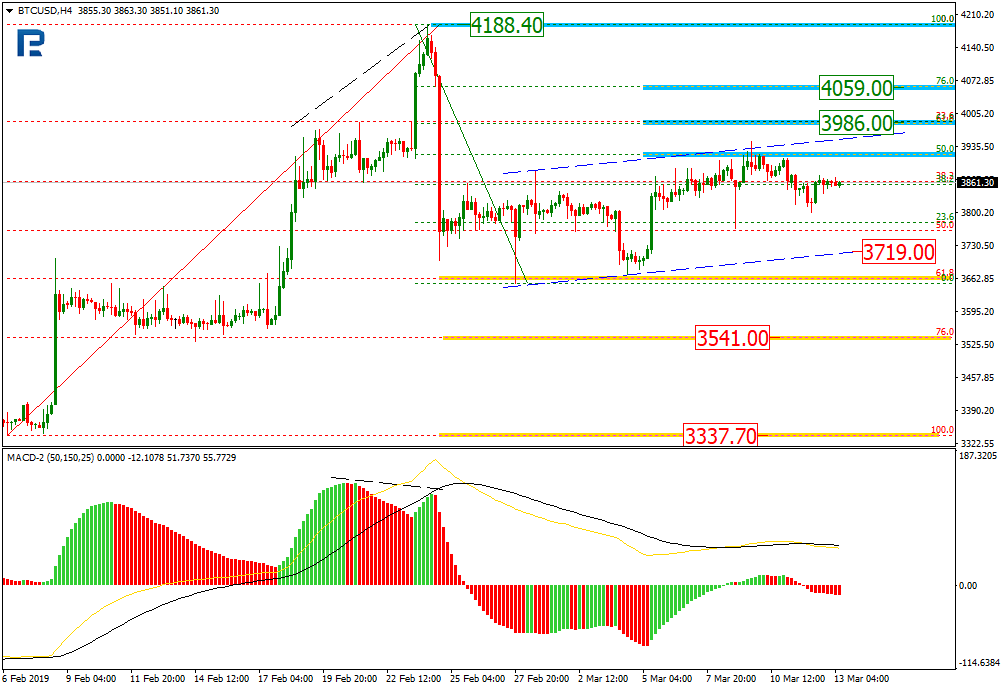 After the price bounces off the correction channel resistance it may head to the support at $3,719. If this one gets broken out, a new downside move may form, hitting the local low, then 76% Fibo ($3,541), and the major support at $3,337.70. The MACD is headed down, which also confirms the downtrend scenario. 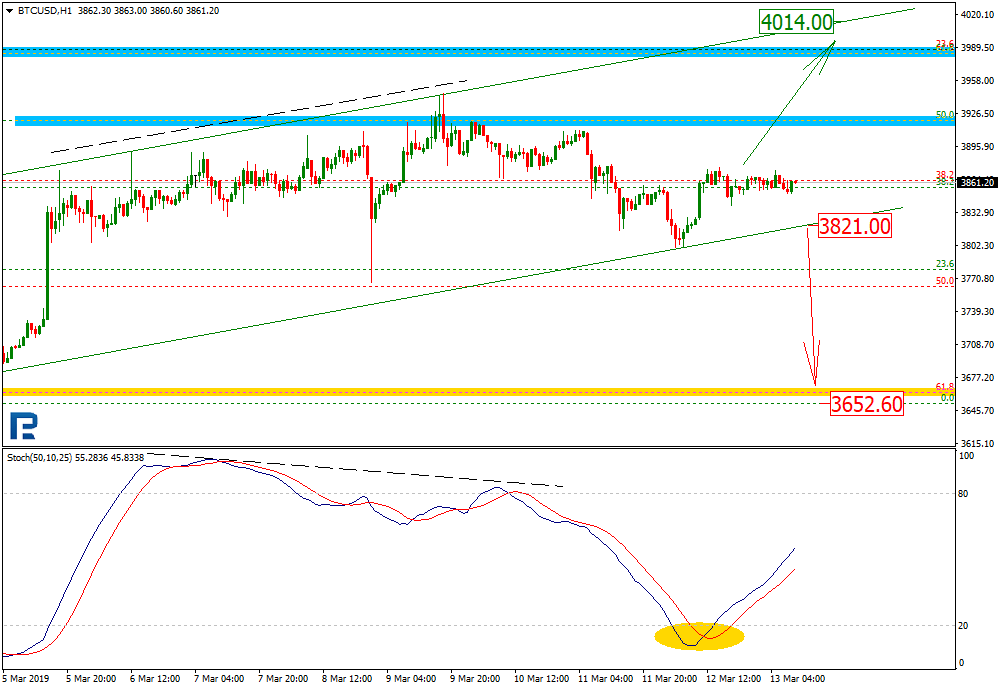 On H1, the BTC bounced off the short term ascending channel support. The Stochastic points to the rise, with the possible target at the resistance, or $4,014. 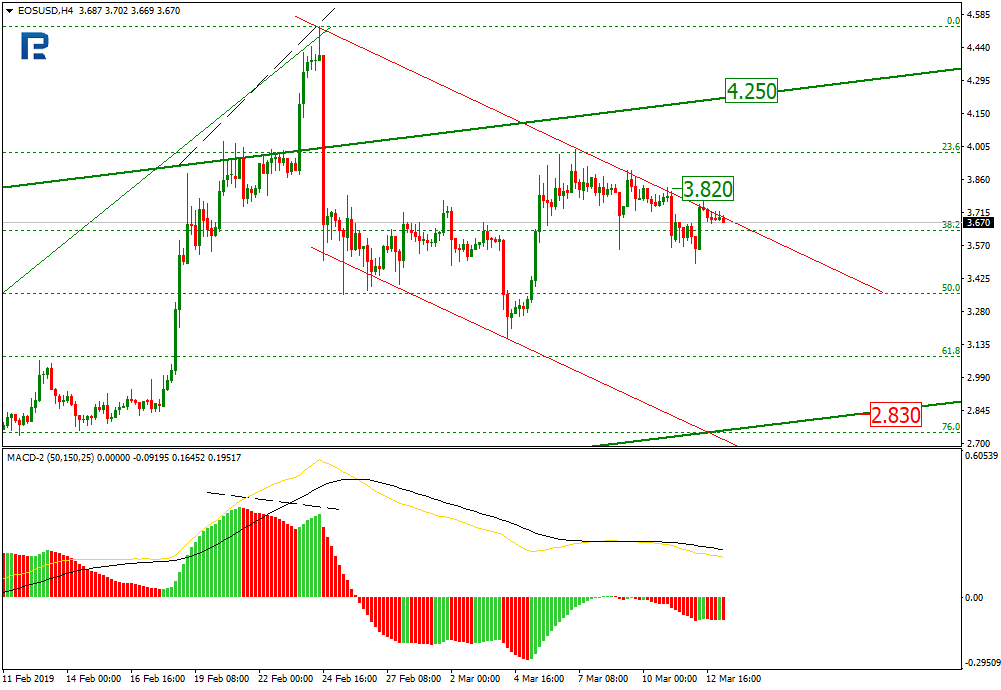 On H4, EOS is testing the diagonal channel resistance, which may send the price to the midterm channel support at $2.83.

This is also confirmed with the MACD lines headed down. Conversely, the price may break out the resistance and get up to $4.25. 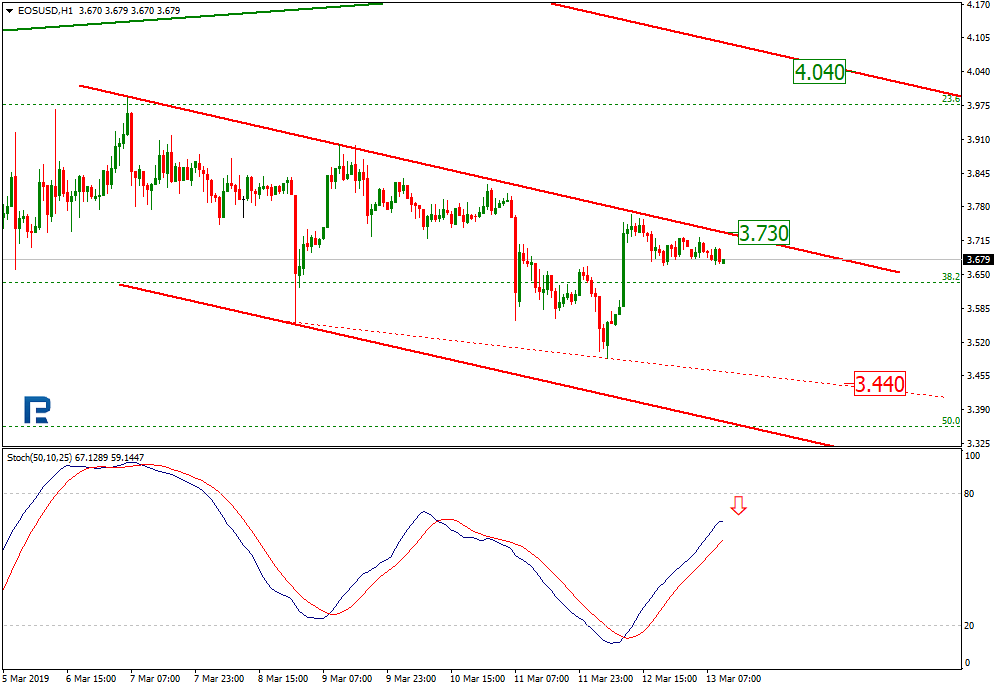 If a black cross is formed, however, then EOS will be likely to hit the local support at$3.44.

On H4, Eth is trading sideways, which shows the market’s uncertainty. This may end with both the local resistance and the support breakout. 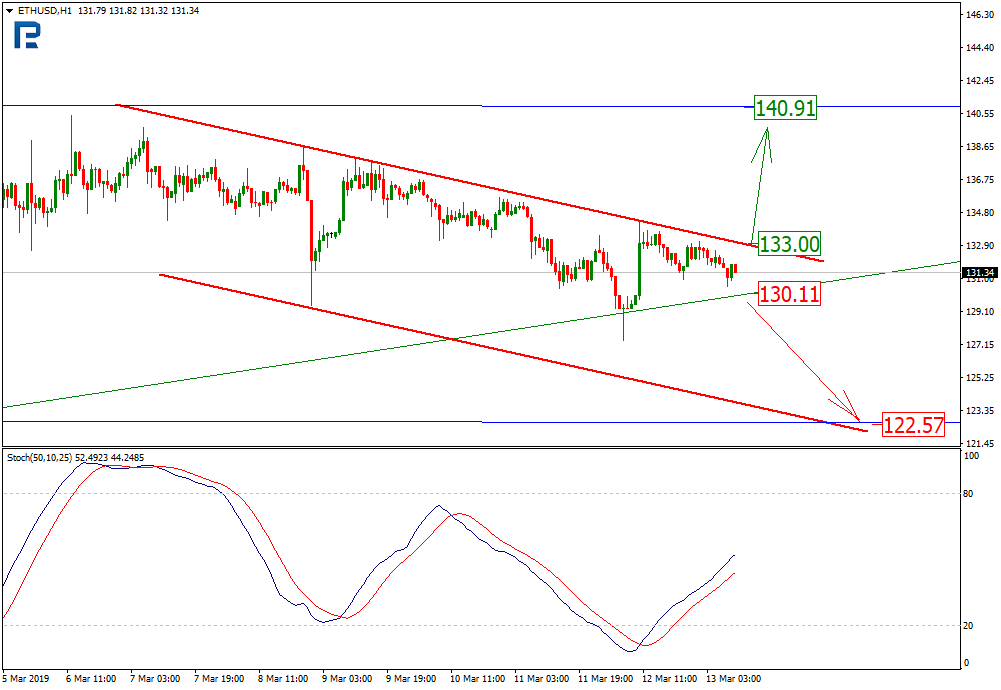 The Stochastic is rising, which means the local resistance at $133 may well get broken out, sending the price to $140.91.

Conversely, if the support at $130.11 gets broken out, the short term downtrend will continue towards $122.57.

Over the last few weeks, LTC showed it was ready to change its trend. The MACD diverged, and the midterm ascending channel resistance got broken out, while the price reached the short term channel resistance, then heading back to the already broken out midterm one.

Immediately, LTC may hit the short term support at $49,72, which will probably send the price lower to the midterm support of $40. 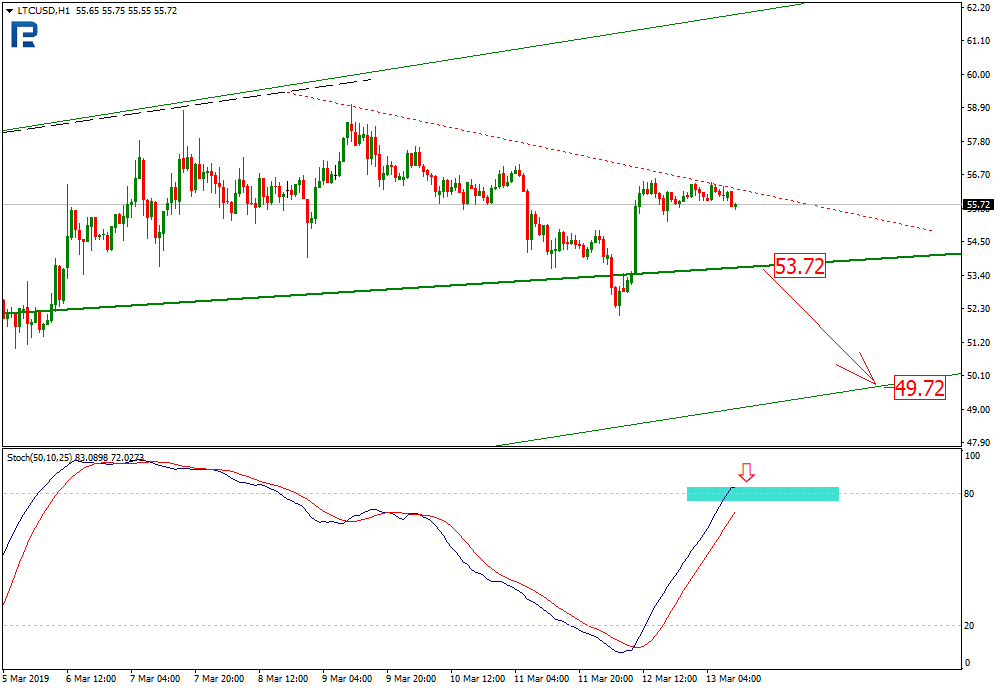 On H1, LTC stopped rising near the resistance area. With the Stochastic entering the overbought territory, one may assume the price is going to bounce off and pull back to $53.72, especially of the Stochastic forms a black cross. 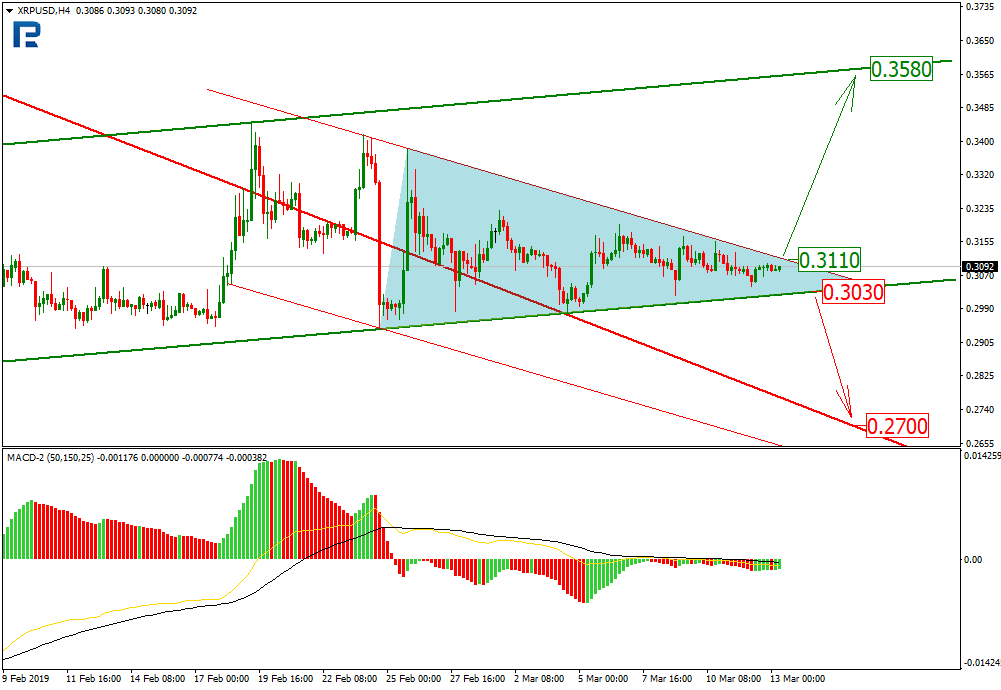 On H4, XRP is inside a triangle while testing the midterm ascending channel support. This may well end with both support and resistance breakout. 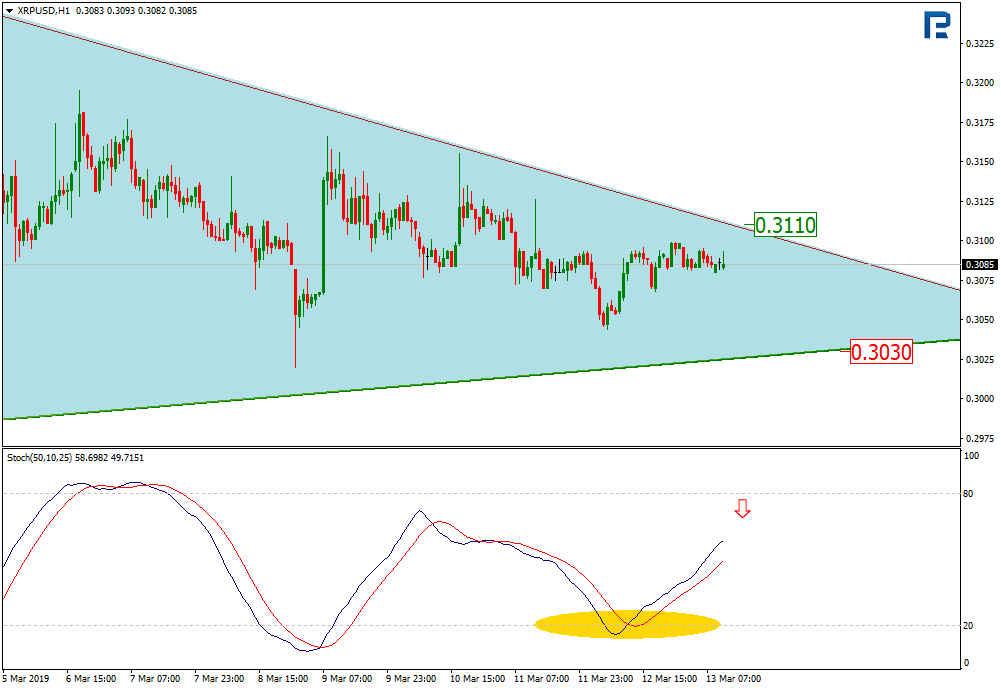 On H1, one may watch the triangle form in detail. Once the Stochastic left the oversold territory, the price went towards the resistance but yet failed to hit it.

A reversal and a subsequent support test is now possible, especially if the Stochastic forms a black cross.