Amaury Séchet: “It is Not That I Want to Get Rid of BU, They Did it to Themselves” 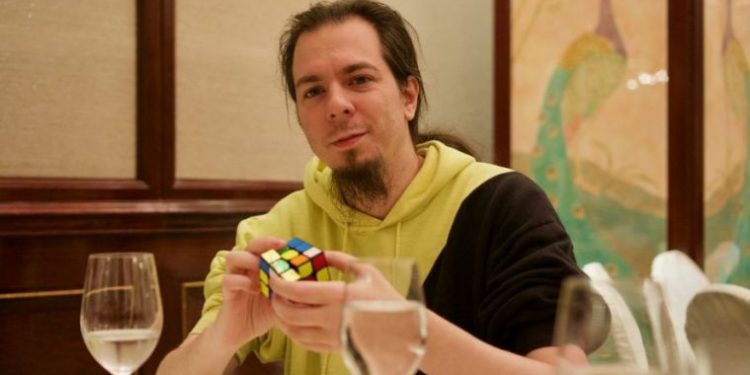 Tensions are rising in Bitcoin Cash (BCH) after a lawsuit against Bitcoin ABC developers by a company that appears to have some relationship with Calvin Ayre.
“All of them support BSV by their actions,” Amaury Séchet, lead developer of BCH’s main client BitcoinABC, told Trustnodes while referring to Bitcoin Unlimited (BU). Séchet added:
“As the saying goes, for evil to triumph, all it takes is good men to do nothing. Except weak is a more appropriate qualifier in that saying than good is.”
Do you want to get rid of BU, he was asked. “Honestly, it is not that I *want* to get rid of BU. They did it to themselves,” Sechet said.
He publicly detailed his reasons for leaving, stating among other things: “BU membership is composed of numerous BSV supporters. Not only some of them think that suing developers (including myself) providing open source software for free is good, but many are openly hostile to Bitcoin Cash.”
He picked some examples of what we’d call low level BU supporters. Are you basically saying BU is being Wright’s stooges? – he was asked.
“It’s a mixed bag. A lot of Wright stooges, and a leadership which has the commitment of a wet noodle,” he says.
Tensions between different BCH clients have been flaring for some time with their deterioration quite visible prior to the November chain-split.
ABC devs, however, didn’t say much against BU in public at the time, but something appears to have changed. What exactly, isn’t very clear.
“You’ll be able to claim that you called it,” Sechet told us in an email titled “things are moving within BCH (and you guys called it).”
He was referring to an article we wrote last year, titled “Bitcoin Unlimited, The Craig Wright Enablers,” where we detail at times very close collaboration and even financial relationships between some of the BU’s elected leaders and Craig Wright’s nChain.
Bitcoin Unlimited ended up implicitly supporting BSV by claiming they were being neutral in maintaining a BSV supporting client.
“Useful fools are a problem,” Sechet says, with some suggesting BU is in the process of being taken over by BSV supporters who can effectively game BU’s “democracy” where members vote for Bitcoin Unlimited Improvement Proposals (BUIPs).
Bitcoin Unlimited as you might know begun as a grassroots client sometime in 2016 with the aim of increasing the blocksize.
There was much politicking at the time by some “big” names so “ordinary” bitcoiners kind of spontaneously organized to launch the BU client.
That gained support and quite quickly, but when Gavin Andresen or Jeff Garzik tried to get involved in the coding, BU’s lead dev, Andrew Stones, responded undiplomatically.
The end result was an amateur client which was acknowledged as such by BU devs at the time. Far more experienced Bitcoin Core developers were able to exploit that by triggering bugs for political visuals. That made BU effectively a “protest” client, rather than something that can “govern.”
BitcoinABC was then formed by Bitmain if we’re not mistaken in response to the User Activated Soft Fork (UASF) “movement” in 2017 that wanted to forcefully implement the “bargaining chip” segwit which wasn’t acceptable to big blockers due to a “hack” in segwit which allows say 2MB of actual capacity but with an “attack vector” of 4MB blocks.
ABC was meant to “trigger” only if UASF does, but Sechet seemingly went against Bitmain and effectively said we’re doing this User Activated Hard Fork (UAHF) regardless of what Bitcoin Core does.
The timing was right, so BCH forked successfully and went on to roar quite loudly in mid-2017.
From the beginning, however, since Craig Wright showed up during Consensus 2016 where he fooled Gavin Andresen and effectively tainted or badly damaged the big blocks movement, Wright still had some support among some big blockers under the justification that he might be all sorts of things, but he is parroting Nakamoto the genius so he might be a useful voice.
Under that pretext, aided by a shill army and all the rest, he became quite an influential figure in BCH until the time was right to kick him out as he was in November 2018.
Losing relevance even as a clown, it may be they have now tried to regain some of it through this lawsuit. Asked about it, Sechet couldn’t say much:
“One thing that’s annoying about the lawsuit is that there are many topics I need to be very careful or cannot talk about much. It feels like censorship,” he says.
Meaning they’re taking it seriously and perhaps even feel under threat. As such naturally they’d want all of the BCH community to support them and presumably they’d rather anyone who doesn’t, not be part of BCH. Including, perhaps, BU.
“The policy of not doing any moderation [on r/btc] causes it to be a huge mess,” Sechet says when asked where does someone like says a Trustnodes’ reporter go to get some sort of surface overview of the latest BCH developments.
There’s hardly much actual news on that sub even though plenty is going on in BCH. Not least because Reddit overall is becoming a pretty bad hanging out space, although there do remain some subs which are useful.
The challenge as always is providing solutions for anyone can complain about any given problem. Is the solution in BCH circling the wagons? Sechet says:
“The Bitcoin Cash project seeks to bring more freedom to the world by engaging in voluntary cooperation to build a better form of money.
It is important that the Bitcoin Cash community protect itself from people and groups attempting to take advantage of its cooperative nature and undermine the project.
This means employing the principle of reciprocity, and detaching from those who are not willing to cooperatively reciprocate.”
Copyrights Trustnodes.com