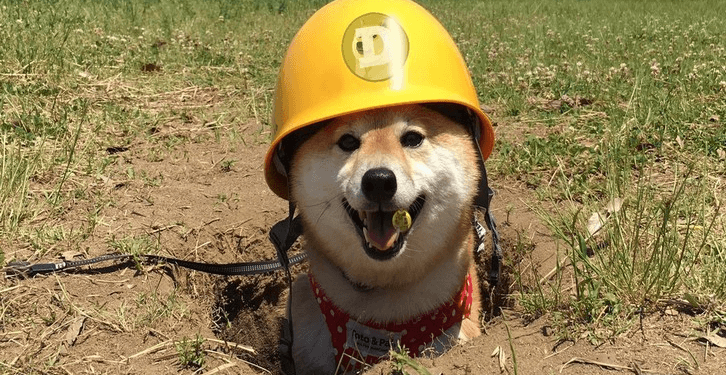 Elon Musk, the billionaire founder of SpaceX, Tesla, a company that became known as PayPal and some software company in the 90s, has publicly stated: “Dogecoin might be my fav cryptocurrency. It’s pretty cool.”
The $21.4 billion rich dreamer who thinks humans can colonize Mars implied he had heard of doge many years ago:

Dogecoin was a very popular cryptocurrency that was created as a joke in 2014 with stupendously high inflation.
Dogers used to tip people 10,000 or even 100,000 doge for wows, with the joke being that 10k wasn’t worth much.
Yet it brought many to the crypto space because of its jokes and memes and because it was fun as well as because people could still mine it on their laptop.


Whether Musk knew of it back then isn’t very clear, but he has previously revealed someone gave him 0.25 BTC many years ago, so he was at least vaguely familiar with cryptos.

All these Tweets were sent out to Musk’s 25 million followers. For about an hour, he even changed his twitter profile to CEO of Doge. At the time of writing he now claims he is the former CEO of dogecoin.
We are still trying to establish who fired him or why he resigned as Doge CEO, but as much fun as these memes can be, the price is real and it has jumped more than 50%.


That first spike to $0.0024 followed the April Fool’s joke about 1 doge equaling 2 doge in a play on 1 doge = 1 doge.
Price then maintained and kept moving up, with it then spiking again to now nearly $0.0032, making shibes very happy.
Shibes that may have forgotten about doge after a brutal year long bear market, but the original meme currency continues to have a fairly big community and an atmosphere that remains fun.
Copyrights Trustnodes.com