This analysis may not be treated as trading advice. RoboForex and Trustnodes bears no responsibility for trading results based on trading recommendations and reviews contained herein

Technically, the market is likely to stop its upside correction. The prices may continue rising in the short term, but the bears will soon be there to weaken the bulls’ positions.

Some cryptos are already kind of starting a new downside movement, although these attempts may soon prove unsuccessful. 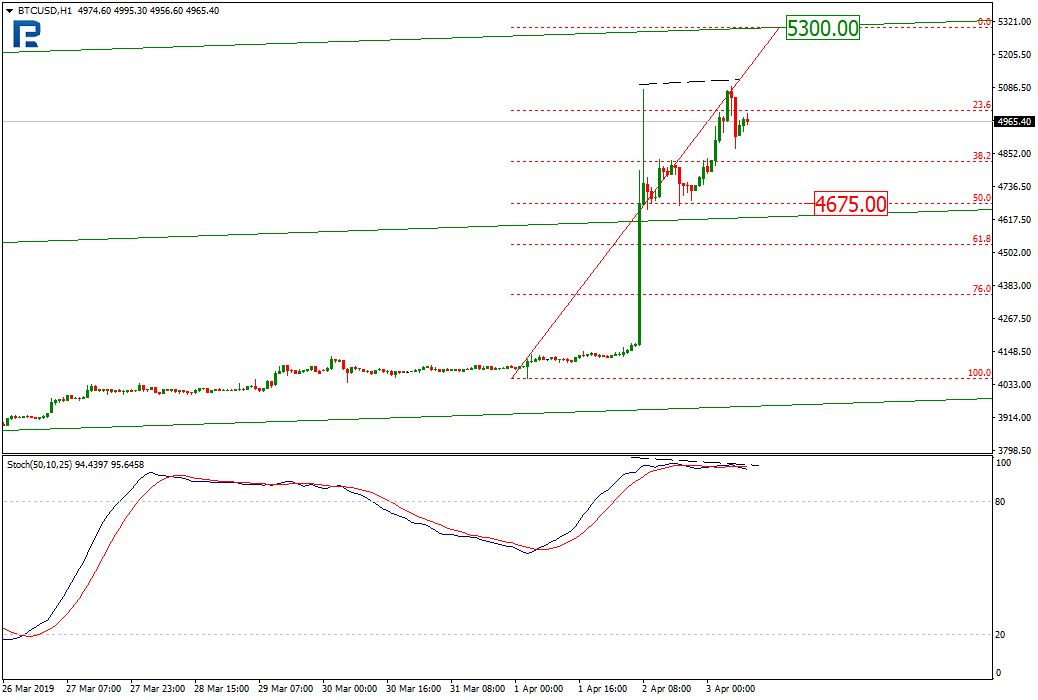 On H1, BTC attempted to make a higher high and stay above. The price may continue rising to the resistance at $5,300, but the Stochastic is diverging, which signals a possible pullback that might take the price lower to 50% Fibo, or $4,675, which is also the current support. 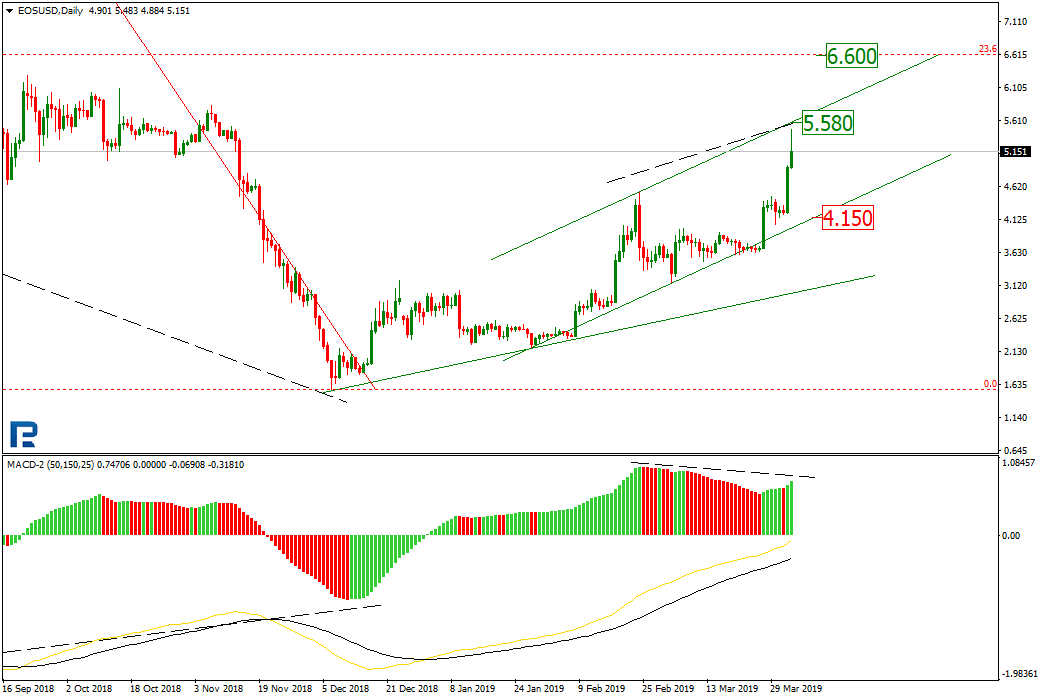 In case this target is reached, a new long term bullish trend may be born. The short term target is meanwhile at $5.58, which is the current channel resistance, but the MACD is diverging, which means a pullback is near. Meanwhile, the support is at $4.15. 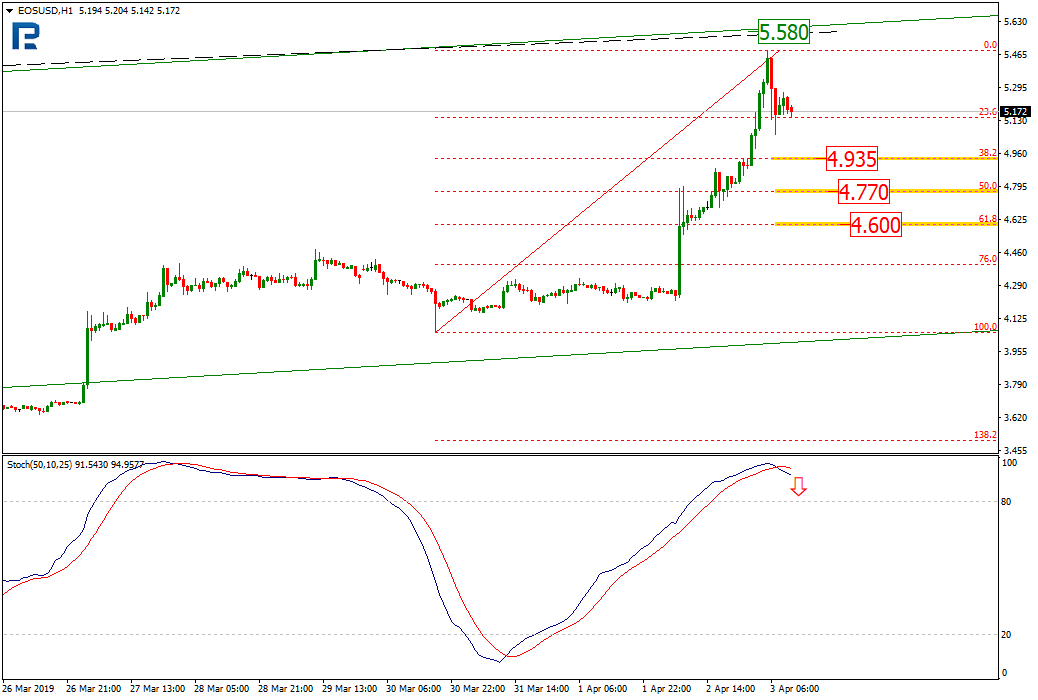 On H1, thew price is quite near the resistance, while the Stochastic has formed a black cross in the overbought territory, signaling a correction. 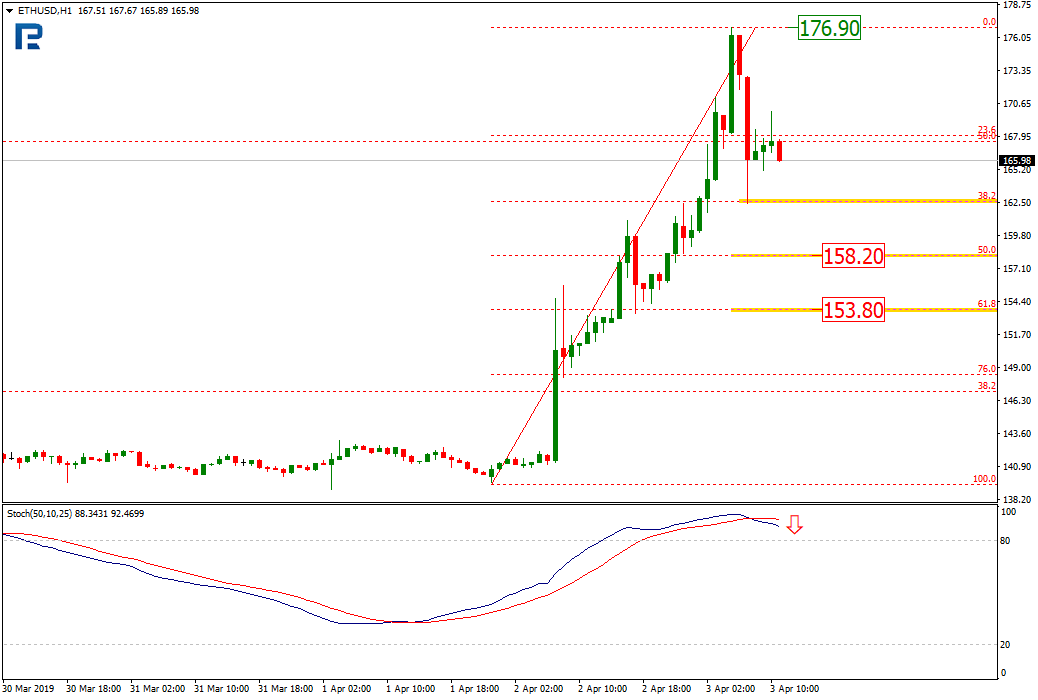 On H1, eth has reached 38.20% Fibo, with the pullback being supported by the Stochastic’s black cross in the overbought territory. 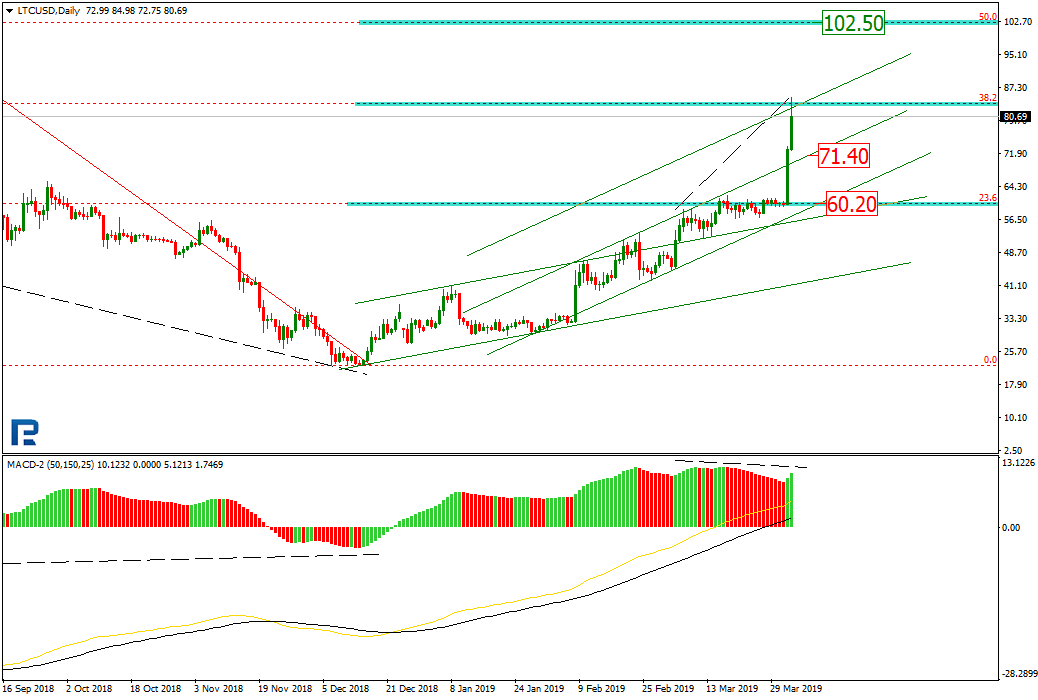 LTC is rising heavily on D1, which looks as though the long term downtrend were losing its momentum and were going to reverse.

However, this is just a mere correction, at least for now. The price reached the projection resistance and 38.20% Fibo. The MACD supports the current correction, while still able to diverge, signaling a pullback. 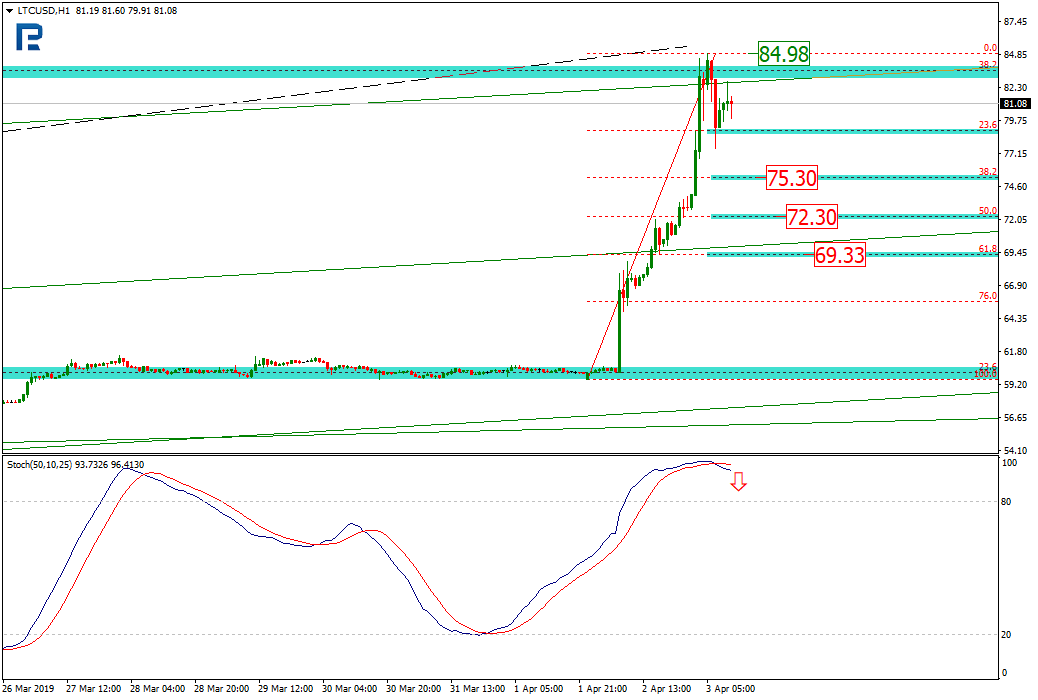 Conversely, if the price hits the support at $143, the crypto may make a few lower lows. The MACD, however, signals the uptrend is quite stable. 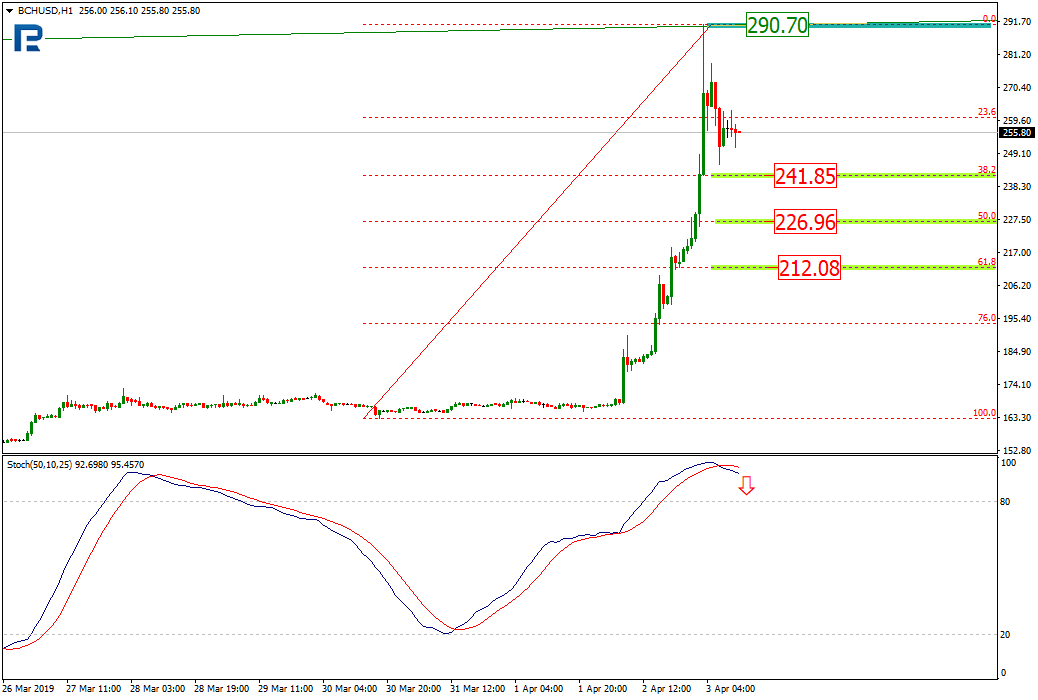 On H1, BCH works in line with most other cryptos, heading down after hitting the resistance.