They Rigged the Price of Gold, Silver, Foreign Exchange, Interest Rates, But Can They Rig Bitcoin? 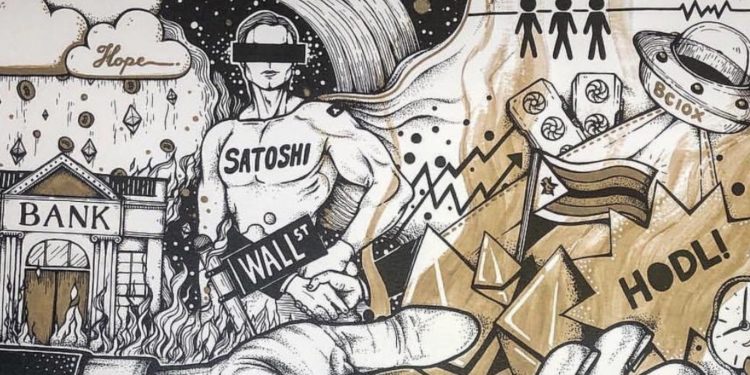 After years of complains by traders, some of them finally decided to file a lawsuit in 2014 alleging banks were rigging the price of gold over about a decade from 2004 to 2013.

“Deutsche Bank AG has agreed to pay $60 million to settle private U.S. antitrust litigation by traders and other investors who accused the German bank of conspiring to manipulate gold prices at their expense,” Reuters reported in 2016.

“Investors accused Deutsche Bank, HSBC and ScotiaBank of abusing their power as three of the world’s largest silver bullion banks to dictate the price of silver through a secret, once-a-day meeting known as the Silver Fix,” Reuters said in another report.

Deutsche Bank agreed to settle that too and turned on the other banks, but the bombshell of interest rate rigging, that is the value of money itself, moved on attention. Then shortly after:

Mark Carney, the Bank’s Governor, said that Martin Mallett had not been dismissed due to Lord Grabiner’s report, which singled him out for criticism, but that the sacking related to other conduct breaches that emerged in the investigation.

The six banks, minus Bank of America, were fined a total of £1.1bn by the FCA and $1.5bn (£933m) by the US Commodities and Futures Trading Commission (CFTC) yesterday morning.

At the same time, the Swiss Financial Markets Supervisory Authority announced a 134m Swiss franc (£88m) fine on UBS, and yesterday afternoon, the US Office of the Comptroller of the Currency announced an additional $950m in fines on Citibank, JPMorgan and Bank of America.

In total, the fines reached £2.74bn. The banks themselves were not fined for currency manipulation, but rather for failing to manage staff.”

These are what has been proven, but the value of almost anything traded on Wall Street is set by banks through what they call price fixing.

“Walking into the venue for the meeting that fixes the world gold price at NM Rothschild feels like stepping into another age, before the screens and computer systems used by most markets were invented.

On two of the five tables sit old-fashioned hand dial telephones, although these are for show rather than use…

Rothschild’s representative, the chairman, sits at the central table surrounded by the four other shareholders in the market. Once independent brokers, they now represent Deutsche Bank, the Bank of Nova Scotia, HSBC and Societe Generale.

The chairman declares the opening price. The fix is set when each shareholder has lowered his Union flag, signifying that a balance is achieved between buyers and sellers…

The meetings usually take around 15 minutes, although during the 1987 stock market crash the first meeting lasted more than two hours.”

Bankers basically meet each other twice a day in person or by phone and say something like I have x amount of gold to sell or dollars, pounds, silver, crops, etc., for x price. Another banker then agrees to that price or doesn’t, and whatever price was agreed here becomes the price of gold for jewelry sellers, gold to cash converters and pretty much everyone else.

Opportunities for manipulation are obvious and have been utilized as shown by the above cases, but now they claim the system has been reformed because they no longer use phones, instead they do all of the above online.

The Securities and Exchanges Commission (SEC) demanded the same process before granting a bitcoin Exchange Traded Fund (ETF). So the Winklevoss twins set up the Gemini Auction which says:

The Gemini Auction will match the aggregate buy and sell demands from all participating orders and determine the price (“cross-price”) at which the largest quantity can be filled.”

Instead of bankers trading in a secret room or a secret website, bitcoin is traded 24/7, across the world, in hundreds of exchanges, with millions of people undertaking billions of auction which give the price at any second.

This very different set-up from traditional securities which usually can only be traded on one exchange, might make crypto price rigging at the fundamental level far more difficult than for gold or other commodities.

Instead, bitcoin and other cryptocurrencies have created a new financial system that looks like the old one in many respects, but is fundamentally different.

Not having to go through a bank might not sound like much, but considering just four banks account for $200 trillion of derivatives trading, it means not having a highly centralized cartel that can set the price.

There is of course probably still some manipulation in cryptos, but not of a fundamental level where three or four people effectively decide the price.

Any such manipulation in crypto therefore would probably be temporary or a one off, rather than a sustained conspiracy to lower gold’s price over a decade.

This challenges the role of bankers over the attribution of value, a prerogative they have held for millennials in part due to necessity because the old financial system requires intermediaries.

The new one has code alone as the intermediary. Therefore it disrupts banking as we know it, and it takes away or reduces their power over our money. In the process, it returns at least a bit more sovereignty to the people for it fundamentally challenges the centralizing effect – due to intermediaries – of the current financial system.

That’s of course in theory. In practice no system is perfect, but code money controlled by the people under rules that require no intermediary might be a bit better than four banks ruling the world.