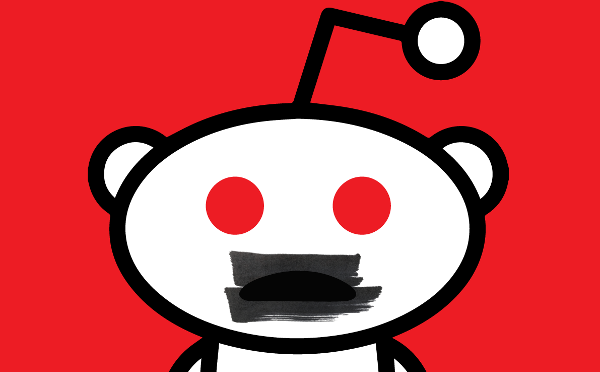 A sub that rose in popularity because the bitcoin subreddit became censored, has now gone further than any other crypto fora in implementing a massive blacklist of sources by allowing submissions from only a handful of crypto-news sites.

“All link posts must be to pre-approved sources,” says someone called SamsungGalaxyPlayer who became a mod last year. “This is only a test, and we are doing everything we can to make the transition as seamless as possible.”

A test with a seamless transition is a very curious idea as is the interesting list of pre-approved sources.

Before getting to the story of an apparent coup of r/cryptocurrency moderators seemingly with the assistance of Conde Nast owned Reddit – which recently received a $150 million investment by China’s Tencent – we have to say that r/cryptocurrency has recently sort of been plagued with what we’d call bot news.

If you copy a paragraph from any of our articles and you paste it on Google, for example, you’ll probably find countless of sites that have put the article through some bot churning to change a word here or there.

That’s why we have the Copyrights Trustnodes.com at the bottom of each article so that if someone ends up on bot news, they’ll know what the original source is.

The solution however is to just ban a specific bot source and others as they arise. Otherwise if you’re going to have a whitelist, it has to be a very long whitelist. The Telegraph, for example, is a very good British paper. Barron’s is alright too. Der Spiegel, and on and on.

There may also be instances where say Amazon has an interesting press release, or whatever other organization/company. Here, very curiously only two companies are whitelisted: Circle and Binance.

They have also, for some reason, whitelisted the United Nations Framework Convention on Climate Change, as well as Aljazeera and other sites that interest them or are local to them, so revealing quite a bit about their interests and leanings.

However when Bancor – or someone else on their behalf – applied for their blog/press release section to be whitelisted, the rejection says they lack independence, whatever that means.

Presumably they’d say the same about Coinbase and all the rest because this might not be about quality, but agenda stirring.

R/Cryptocurrency was a very small sub in 2015 before the bitcoin subreddit started being censored.

At that point, the archive pages show seven mods and the mod bot, with ThePiachu being a mod here too as well as in bitcoin.

Censorship in r/bitcoin then begins in 2016. So someone was kind enough to archive the page showing StarMaged, the (former) Theymos henchman, had become a mod.

Then, in or around March the 7th 2017, there’s a change, so someone very quickly archives the page. Jwinterm has been appointed a mod.

We then jump to November 24th 2017 at the height of crypto prices when the sub at times overtakes bitcoin in attention.

Here, there’s not just one or two changes, there’s a complete revamp. Jwinterm is now 4th mod. Just three stand on his way.

Apparently there was an attempted dox of mods or some mod started putting up referral links on the sidebar. So some mods is claimed to have created new zero day accounts, while others kept theirs like Jwinterm, who while a months old mod, is now somehow only 24 days old.

The Piachu is no longer here. He resigned from being an r/bitcoin mod over the censorship. StarMaged has suddenly left too. Some mods complained of being kicked out.

The r/cryptocurrency mods page suddenly seems to attract a lot of interest as the archive starts moving almost daily. Little of interest is happening, however. It’s just people realizing there has been a massive change with such realization due perhaps in part because they are being censored.

There’s some movement, but the two top mods stay top mods, Jwinterm has now taken third position and the Samsung guy has become a mod.

It is what happened between April 5th 2019 and April 8th 2019 that suggests a long running coup with Jwinterm suddenly becoming top mod and the “new” account, crypto_buddha, is second position with Samsung then behind them.

Jwinterm might be a familiar nick because he has been around since 2014. He’s a coder for Monero, and doesn’t like Bitcoin Cash at all.

He’s also working on coding and marketing some coin and seems to live in the Bay Area.

He’s perhaps employed by some sort of start-up and maybe hangs out with Gregory Maxwell there in the Silicon Valley.

Crypto_Buddha appears to be a Vertcoin guy, so he too has probably been around for some time. While Samsung is another Monero fan.

Both Jwinterm and Samsungs are not just Monero fans. They appear to be very invested in that crypto.

Just how they grabbed this mod power is not very clear, but the previous two top mods were not very active. After a slow and long grind, therefore, Jwinterm may have gone to Reddit admins to complain about the inactive mods. The admins may have then given him this dictatorial position.

The bot news could have perhaps assisted in that endeavor. Letting the sub turn into a bit of a trash with users then vocally complaining may have formed more persuasive arguments as to why he should be in charge of this sub.

That would also form a good excuse for a policy of censorship, which in this case would be somewhat fairly directly from Conde Nast itself if they did give him top mod.

We don’t know so, but Jwinterm perhaps doesn’t court much blame for playing the game. It is Conde Nast that has laid out the rules.

This censorship, and the deception as well as the manipulation that goes with it, is one reason why Twitter is gaining more prominence.

It is also why some smart people can occasionally be found on 4chan, although that place is a bit too edgy.

There was an attempt to leave Reddit to Voat, but the latter could hardly handle the volume. Blockchain based social media might now provide some innovation, but that will take some time.

One can of course create a new sub, but sub spaces are limited. R/crypto, for example, has been taken by cryptographers. There isn’t really any other intuitive name for that space.

Meaning there’s significant opportunity for a competitor that perhaps allows for mod elections, with exodus in social media usually being a quick and easy thing as previous events have shown.

Conde Nast could then add mod elections once they see a competitive threat, but by then it might be too late for this aggregator that facilitates censorship to at times even worse levels than the Chinese Communist Party.