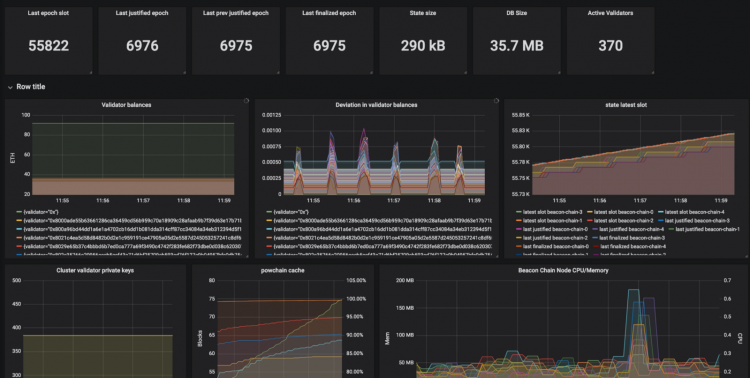 There’s a race going on. A race to global scaling of a public blockchain.

Prysmatic Labs has announced their ethereum 2.0 testnet is now live running on the Proof of Authority Goerli testnet.

“The testnet is publicly accessible and NOT a simulation. We provide a cloud cluster of nodes that participate in consensus but anyone can participate in maintaining the network alive,” they say.

Anyone can now just turn on an ethereum 2.0 node running on the Prysmatic client with the ability to stake testnet coins.

That’s in lab like conditions running on a sort of copy clone of the main ethereum network which itself is not affected.

Devs and others will spend some time to see what bug might show up as well as to attack the testnet in any way they can so as to strengthen it.

The next step is for Lighthouse, Nimbus and Prysmatic nodes to all run the same blockchain at the same time. That’s the big one, because after that, there’s the mainnet launch.

The phase 0 specification is to freeze next month. Meaning cross clients might start talking at that point. Then a live launch is estimated by the end of the year.

Phase 0 is just the Proof of Stake Beacon Chain. This chain connects to the mainnet by incorporating block-headers and through a smart contract.

The chain itself won’t be able to do much, except for allowing validation through staking. Such staking returns are expected to be about 5%-6% a year, but that would depend on just how many do stake.

At the beginning it might be very few, which could mean returns of 50% or more. How the dynamics will play, however, remains to be seen.

Once the Beacon is out, then the first phase of sharding will launch. This will be just storage sharding, with the beacon acting as a coordinator of sorts.

Then in about two years, full sharding is estimated to launch. This will finalize the first stage of the upgrade, with the hardest part done at that point.

Improvements will then continue, but ethereum is expected to have considerable capacity at that point, able to handle perhaps as much as 100 million transactions a day.

While that’s going on, the Proof of Work (PoW) chain will keep running, with improvements there too in storage rent and perhaps pruning.

The two chains will run in parallel for quite sometime as everyone will gradually move from the Proof of Work chain to the Beacon Proof of Stake.

Eventually, the PoW chain will be folded into a shard in the Beacon, so finalizing what may be the longest and biggest upgrade in blockchain history as ethereum moves to full Proof of Stake with state sharding and with global level capacity.