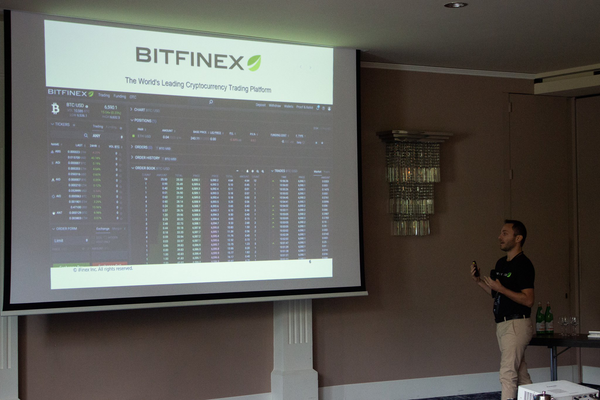 Bitfinex has raised circa $1 billion in a private sale according to Paolo Ardoino (pictured above at an unrelated event), CTO at Bitfinex, who said:

There is a small allocation left and we just prefer to share to small investors until there is time. We have a request from few big buyers to buy the few millions left once we close it. But we believed it’s more fair to give opportunity to a larger audience…

People sent us wires, or sold crypto for fiat and sent that or sent us USDt or had USDt on our platforms, etc…. The 1b is USDt equivalent, either USDt or USD. If someone sent us 1m USD we don’t convert it into USDt, we just consider it USDt equivalent.”

In a prospectus paper, they interestingly say the LEO token might be issued on the Lightning Network. How, they don’t explain, but the parent company of Bitfinex, iFinex, says:

“iFinex has joined with a number of other companies and individuals to help develop and finalize the support for digital assets on Lightning Network. Ideally, digital assets developed and introduced by iFinex, including the LEO token, will be among the first digital assets launched on the Lighting Network.”

They claim gross profits of $418 million, with the exchange stating these figures are not audited.

They have 100 employees, including 25 developers, costing circa $14 million a year in total expenses.

The exchange says 27% of “the consolidated gross revenues of iFinex from the previous month” will be used to buy back tokens until none are left in circulation.

It isn’t very clear whether they have confused profits with revenue, but they do presumably mean whatever revenue is left after costs.

It was recently revealed the exchange had $850 million seized, with this raise potentially being a way to cover that gap. If the seized funds are released, iFinex says 95% of it will go towards buying back the tokens.

The LEO token will trade on Bitfinex, with it unclear when the market is to open.

Interestingly, the paper does not mention Tether as one of iFinex’s product. The paper says it is confidential and says it is directed at “an exclusive cohort personally invited to participate in a private token sale.”