Germany Rushing to Pass a Crypto Bill to Tokenize Bonds 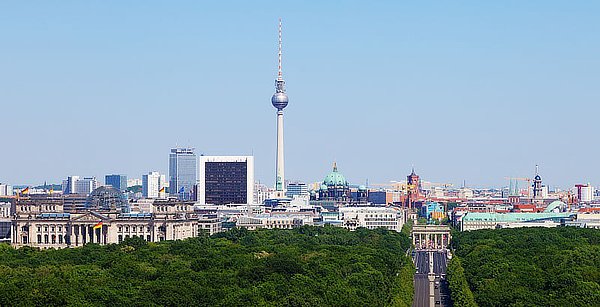 Germany is moving towards embracing crypto, blockchain and tokenization with discussions on-going in Berlin where they plan to create an enforceable legal framework for the issuance of bonds on the blockchain.

“We consider it of paramount importance that we advance blockchain technology for Germany in 2019,” said Thomas Heilmann, Blockchain spokesman for the CDU/CSU parliamentary group. CDU and CSU being the current coalition running Germany.

They plan to introduce a digital value right where bonds can be issued as tokens with such rights enforceable by what they call notaries in Germany. Unlike in US, they are of considerable more standing and can be seen as sort of half-way between a barrister or attorney and a judge.

“We’re think about integrating the German notary system into the settlement,” Heilmann says. So if a token issuer promises returns through annual interest payments or otherwise and fails to deliver, investors can take enforcement action through effectively the court system.

The notary would then have many options depending on the situation same as in ordinary civil proceedings, including ordering the bank to transfer funds to investors if the issuer has any in the bank account, or order house/property or business sales and so on.

According to a leading German paper, industry representatives are embracing the CDU plan. “From an investor’s point of view, the idea is good, because claims can thus be enforced in the case of a dispute,” says Florian Glatz, President of the Blockchain Federal Association.

There’s some discussion on whether such bonds can only be issued by intermediaries, like banks or stock exchanges. “That would take the blockchain idea ad absurdum and introduce central players again,” says Glatz.

However, there appears to be a consensus across parties that blockchain finance should be embraced, with the opposition pushing the government to hurry up.

“The federal government has finally woken up,” says Frank Schäffler, blockchain expert of the FDP which is currently in opposition. He adds:

“Now it has to be fast. Crypto issuers and investors seek a regulated financial center that is internationally presentable for their business.

After bonds, stocks must also come to blockchain. Other countries are already ahead. For example, Liechtenstein submitted the draft of a Digital Law on Value Added Rights in 2018. And Malta is promoting itself as a crypto hub with similar initiatives.”

There are apparently 174 blockchain start-ups in Germany, 84 of them in Berlin. They seemingly missed the ICO wave in 2017, with Germany now looking to follow France in embracing this industry.

That could mean the entire European market, which is about as big as USA’s economy, might now become a very favorable environment for the crypto and blockchain industry.

They have one distinguishment among major economies. Boerse Stuttgart, the second biggest stock exchange in Germany, is still the only one of its size to offer somewhat direct crypto trading through a subsidiary.

Other stock exchanges have also announced plans to launch crypto trading later this year in different forms, with a potential unique contribution by Germany to this space being its industry.

From smart cars to electricity grids, some German industry has been testing blockchain tech one way or another starting as far back as 2016.

While Berlin especially stands out for its underground tech culture, with bitcoin nodes there close to overtaking even USA.

Their elected have arguably been somewhat behind until recently, but that could be to their benefit if they have learned from others’ mistakes as competition now heats up across all major jurisdictions.