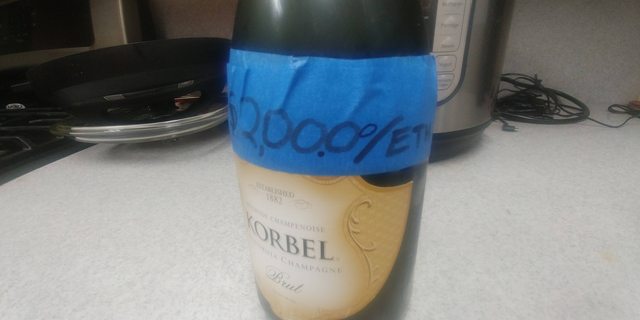 Ethereum is moving. While bitcoin seems to be taking a bit of a rest, ethereum rose by more than 10% and has now overtaken bitcoin in weekly gains.

It’s trading volumes have risen to more than $13 billion, with the second biggest crypto once more seeing green.

The concerto might be back as bitcoin and eth take turns in a dance for the first time in more than a year and a half.

Usually bitcoin rises, then takes a break. Passing on the baton to eth, which then takes a rest with bitcoin continuing the show.

Whether this duality will continue remains to be seen, but it has this spring.

Not to be left out, smaller coins sometime take the stage. Bitcoin and eth, however, are usually the ones mainly driving the space.

As can be seen, ethereum transactions have reached their highest in a year, jumping from about 600,000 a day to more than 800,000.

The big line for eth is $324 of course, but there’s another meme now that might be a bit more spicy.

Everyone is awaiting the return of the champaign guy. That’s an etherean who two years ago revealed he had a rare champaign collection. After eth reaches a certain price, he opens one of the rare champaign bottles.

The higher the price line, the more rare the champaign. The one he is waiting to open is that with the price of $2,000.

We’re a bit cheap now so a monkey has putten a dot in that 2000 to make it 200. Good enough while we wait to see if the champaign guy returns.

Just as we’re waiting to see if the bear market is really over, but sentiment clearly seems to have changed. So the memes are back.