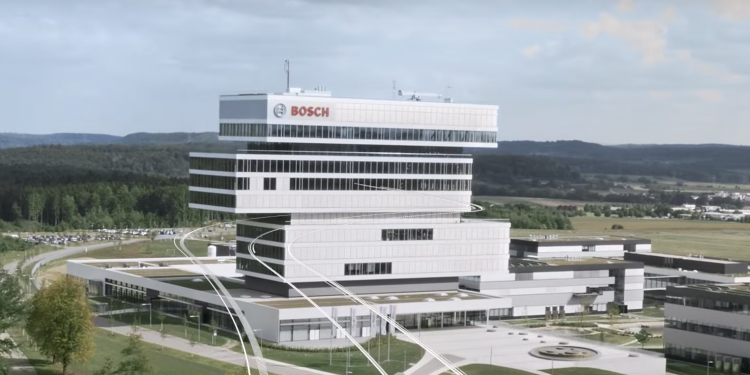 Bosch, the German giant with €78 billion in yearly revenue, has laid out a vision of the economy of things running on the blockchain with the utilization of smart contracts.

“In the future, things will not only be communicatively networked but will also cultivate business relationships with one another,” says Bosch CEO Volkmar Denner.

They’ve entered into a partnership with EnBW, a publicly traded electric utilities company with €22 billion in yearly revenue, to prototype a blockchain based car charging station.

Their aim is to personalize the payment experience and to automate the car charging process by offering different prices to different customers based on numerous factors. They say:

“The idea is to streamline and tailor the entire process to customers’ needs, so they can select, reserve, and pay for recharging services as they see fit…

The entire transaction – reservation and payment – is a fully automated blockchain operation. This service can factor other customer preferences into the equation. For example, a customer who has small children and likes coffee could opt for a charging station with a playground and cafés nearby.”

“The Ethereum platform allows such projects, including for example, in the case of Bosch applications, the autonomously charging and paying EV,” they say in a page describing blockchain tech more generally.

We’ve asked for further information, including the smart contract address, and will update if a response is received.

In addition they’re testing automated parking charges with Siemens which is already running in the research campus of Bosch in Renningen and on the Siemens Campus in Munich.

“As soon as the car reaches the entrance to the chosen parking garage, it will identify itself at the entry barrier, which will then be raised without the driver having to remove a ticket from the dispenser.

The driver will also be able to leave the parking garage without further ado, since the vehicle will have already communicated with the exit barrier and settled the parking fee in a digital transaction,” they say.

At their research campus, they highlight skills in data mining, sensors technology and the Internet of Things (IoT).

They’re further looking for an Engineer in IoT Security specifically with ethereum experience, rather than blockchain in general. Suggesting all these projects might be running on eth, rather than just the charging station.

We couldn’t establish whether it is a public of private ethereum blockchain, but another company now known as Innogy launched hundreds of ethereum based electric car charging stations running on the public blockchain.

We’re not aware of anyone else prototyping automated parking charges which are presumably based on machine to machine communication through sensors and wifi with smart contracts then handling the payment with potentially data mining Oracles in the background.

Such machine to machine payments and communication is what Bosch is calling the economy of things and that might be the future which they’re working towards building.