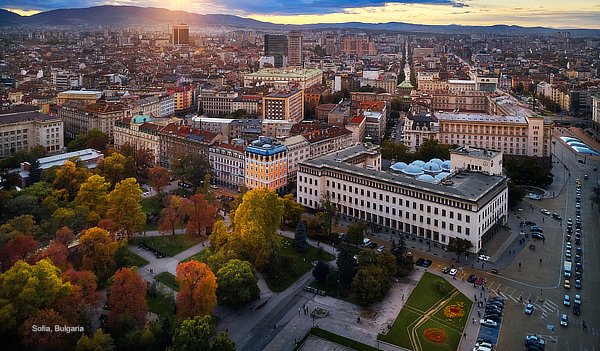 Bulgaria is sitting on 200,000 bitcoins seized from a criminal gang in May 2017 according to a then press release by the Southeast European Law Enforcement Centre.

“More than 200,000 bitcoins in value of 500 million USD found by the Bulgarian authorities,” it says, adding:

“It was determined that the members of the organized crime group invested the money obtained from these illegal activities in bitcoins, around 200,000 being discovered in the virtual space.”

They provide little further detail of how these coins were found, but the statement says:

“Authorities have searched more than 100 addresses, suspects and vehicles. A large quantity of money was seized, as well as equipment, devices for communication, computers, tablets, bank documents, etc. 23 suspects were arrested, 5 of them acting as Bulgarian Customs officers.”

The private keys therefore presumably were in one of these computers, but Bulgarian authorities have refused to reveal the public addresses, citing on-going investigation.

Currently there is no one bitcoin address that holds more than 120,000 bitcoins, but of course bitcoins can be held in different addresses as is most probably the case here.

In combination, they’re currently worth $1.7 billion. If bitcoin 10xes from here, as it is known to do sometime, Bulgaria would have more in bitcoin reserves, circa $17 billion, than Britain has in gold reserves which are estimated to be at $12.8 billion.

Right now they’d be worth $1.1 billion without even adding bitcoin cash and all the other bitcoin forks.

Bulgaria has perhaps learned from that and they’re maybe keeping these bitcoins. That means their fiat money is backed by bitcoin, as well as gold and other fiat reserves they might have.