Kin v SEC, Who Will Win? 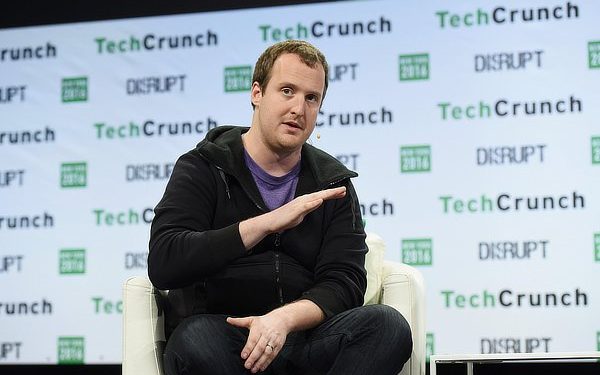 In previous decades, if a country was restricted from trade then you knew they’re some sort of dictatorship.

Nowadays, it is becoming far too common to see something like: Citizens of the United States, North Korea, Iran… are prohibited from participating.

At some point you have to ask: are we in a dictatorship? The answer is no. Courts are still independent. Generally they have stood up to the government, the rule of law is still fully functional, and people are still very free to speak.

There may however be a bit too much government as the bureaucracy’s tendency to expand its jurisdiction – and thus get a bigger budget, more prestige – has not been kept in check by the largely dysfunctional Congress and the quite inexperienced Trump.

The president appointed Jay Clayton, a lawyer to elite bankers whose wife works for Goldman Sachs, as chair of the Securities and Exchanges Commission (SEC).

Trump campaigned on removing two regulations for any new ones. So having a banker in charge of the institution that is meant to keeps banks in check was probably done so with the intention of effectively dismantling the SEC.

That’s not quite how it worked out. SEC has now become the most powerful institution on the economy after the Fed. Through numerous creative interpretations, it has exerted jurisdiction throughout the economy, from basement start-ups to giant global corporations.

It has done so with no real accountability, no public input and no proper oversight from the elected. The result is a very successful entrepreneur says this:

Because we all know [crypto] is the next mega-trend of technology and by always having to ask ourselves, ‘What will the SEC think?,’ we are giving ourselves a fundamental handicap to compete on the global stage.

Enough is enough, we need clarity, and the only way we’re going to get clarity is if we go to court, so let’s do that.”

That’s Ted Livingston, the founder of Kin, a token meant to be used within Kik, an app that has some 300 million users.

The Canadian has set-up a $5 million fund to fight a potential court case that SEC may or may not bring.

After raising $100 million worth of crypto in 2017, SEC told Kik last autumn that they indent to take enforcement action against both Kik and Kin.

Kin however has gone public with intention to stand up to SEC, with Livingston stating: “Someone says, Wow, Kin, great idea. Let’s do that everywhere — except in the United States.”

It’s not clear whether SEC will pursue this action, but if they back down they’ll probably be criticized for subverting the role of the judiciary by bullying small start-ups to back off without going to court, while backing down when someone says: fine then, let’s see what the judge says.

The industry needs some clarity on this matter and not the sort of “if you’re selling some broadway tickets” because this isn’t the 18th century.

A judge instead should decide whether something like Kin, which is a fairly typical example, should be subject to the century old Securities Act or not.

As Kin has instructed very capable lawyers, the judge will also probably have to explain how a token is different than in-game assets and how it is different to a currency.

SEC also has capable lawyers so it isn’t very easy to see how the judge would conclude.

Arguably however the matter shouldn’t really be for SEC or the judge, but for Congress. The Securities Act is just not working very well and not only in this space, but in the economy more widely.

Public companies are buying back shares so as to go private. IPOs are down, with tech companies in particular not very keen on them. Competition is suffering because there are very few Venture Capitalists and usually a VC can’t fund two competing start-ups. That stifles the entire economy because there’s just too much state involvement and we all know how good the state is at running the economy.

Really, congress should set-up a special agency tasked with taking action against fraud or scams in finance more generally and in fundraising more specifically.

There can also be many other updates for the digital age as the securities laws are pretty old and generally are far too constraining.

Even if you want to raise $100,000 from the public you might first need to consult a lawyer because SEC does it’s best to be as unclear as possible in its confusing website regarding whether there are any requirements like advertising, listing and so on.

There’s just far too much confusion because SEC is interpreting a court judgment laid down close to a century ago and through that they’re making policy.

As lawyers know, you can interpret anything to be anything. Meaning SEC’s default position is: if you’re in doubt, come pay us our fees, wait for months, and then maybe get a license, and then figure out all these continuous requirements because we’ll be talking a lot to each other now every few months.

It’s just broken. The whole institution is broken. It’s too big, too bloated, too many lawyers and no coders. Too many old people and little input from the young generation which is the one going out there building the economy.

There should maybe be an agency that overlooks start-ups, one for medium companies, then SEC can focus on global corporations and giant banks which seem to be hit with scandal after scandal while SEC just watches and does nothing.

So who would win? Well, at the lower levels it would depend on what judge you get. The higher up, and the more then the judiciary would effectively be making a policy decision which then determines how they interpret the law and previous cases.

In doing so they would probably look at the effect their decision would have on other potential entrepreneurs with it difficult to say what they would conclude, but that’s the job of judges. To make difficult decisions.

Whether the decision matters as far as the next few years are concerned, is a different question.

As it stands, SEC has effectively acted as judge, jury and executioner without public input or congressional consultation. The baby boomers congress is also way too old so overall they haven’t quite bothered to do their job as far as this specific matter is concerned perhaps because they can’t quite wrap their head around it if they’re even aware of it.

So for now, as the prohibition of US residents shows, fundraising for start-ups is effectively banned in the United States unless you can raise such funds from a handful of rich VCs who may well give a number of modern Teslas a lesson on why electricity would never take off.

And then Trump whines about China growing so much while America barely sees much growth. Stifle the economy even more under the boot of the state Trump and you may well see growth in the contraction of the economy.