BNB Drops 7% on Binance Announcement They Shutting Out US Residents, New Binance US Exchange to Launch 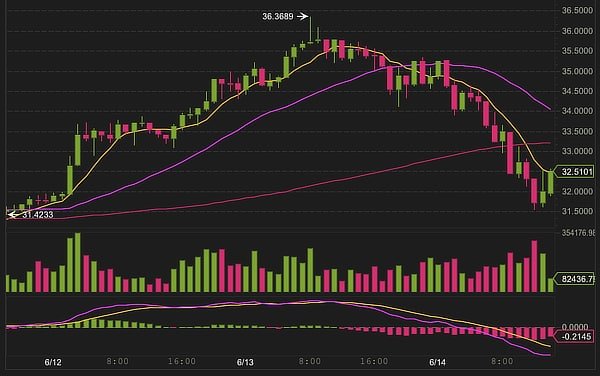 Binance Coin has dropped 7% today following an update of Binance’s Terms of Service which prohibits “any U.S. person.”

The exchange announced they have entered into a partnership with the unknown BAM Trading Services Inc which has filed with FinCEN for registration as a Money Transmitting service.

The registration form mentions Koi Compliance, a start-up specializing in AML and KYC.

They’re part of Koi Trading, an OTC trading desk based in San Francisco which attracted a $3 million investment from Binance Labs this January.

It’s unclear whether BAM trading has anything to do with Koi trading beyond seemingly using their address for registration, but a new Binance US exchange is now to launch soonish.

Binance Coin (BNB) has been rising and rising for much of this year to a market cap of almost $5 billion, up from about half a billion in December.

You can just about see a sharp drop recently though, partly perhaps because BNB has fee based incentives for use on the exchange and more importantly it’s required to participate in Initial Exchange Offerings (IEOs).

As US customers are now unable to participate any longer, they might be selling with bitcoin appearing to be the main beneficiary so far.

Bitcoin has risen to now close to $8,400, while ethereum has hardly moved, staying put at about $260.

There’s a lot going on that may be putting upwards pressure on bitcoin’s price, from Brexit to Hong Kong, but one additional reason might perhaps be because some may be going from BNB to bitcoin.

Why Binance decided to prohibit US customers remains unclear, but an obvious reason might be perhaps some regulatory pressure.

Meaning the popularity of decentralized exchanges, most of them based on ethereum, might now start increasing. Especially for Americans.