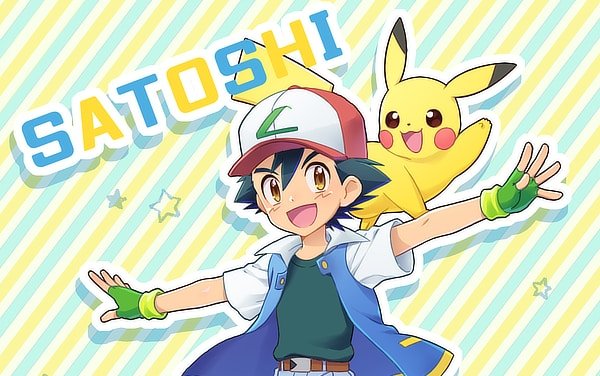 One hundred Satoshi, a millionth of a bitcoin, is now back to being worth about a penny at 1.1 cent per 100 satoshis at bitcoin’s current price.

The smallest bitcoin unit, dubbed a satoshi with 1 bitcoin worth 100 million satoshis, is still quite below a penny.

Even at that price, satoshi is not far off from being worth more than some cryptos, like dogecoin.

Can Satoshi himself though reach parity with the falling penny or the devaluing dollar?

That would give it a market cap of about $2 trillion. Translating to circa 10% of gold’s market cap.

Where stocks are concerned, bitcoin’s $2 trillion market cap would be just 2% of the global stocks market cap which currently stands at about $100 trillion.

The value of all real estate and land is probably immeasurable in dollars, but it would probably be far more than $100 trillion.

That’s because houses as an investment can fall in value due to more houses being built, although our elected tend to do all they can to keep house building below population growth because our “elected” are usually rich property owners like Donald Trump.

For bitcoin, its fixed value of 21 million means no more can be created, but on the other hand you can’t quite live inside a bitcoin.

It is thus highly unlikely bitcoin would ever reach the value of all properties or anywhere near it unless it was actually used as a currency, thus as a valuer of all these properties. Something that is quite unlikely at least for many decades.

Yet as a store of value, due to its unique fixed limit, which can also perform decently the function of a means of exchange and obviously is a unit of account, can it reach $1 million per coin?

At that price, one satoshi would finally reach penny parity, with bitcoin’s market cap so being at that point about $21 trillion.

That’s still just 20% of global stocks. About 10% or less of global derivatives, and probably 0.1% or less of all real estate in the world.

So where maths is concerned it is possible and maybe even “reasonable” as in, it would still be a fairly small part of total wealth, and thus not something extraordinary.

Above that however there may be some sort of limit if we’re taking these dollar values to be today’s dollars.

The dollar of course falls in value by at least 2% every year, and in real term it probably falls by more than that.

We haven’t undertaken an analysis of whether the price of a tomato likewise has increased by only 10x in the last 30 years, or whether houses have instead not quite kept up with devaluation.

We suspect the latter because the purpose of a house is obviously not quite to store value, but to live in it. While something like bitcoin can store value because it can also be a very convenient means of exchange.

You can’t just memorize gold, you have to move physically all those yellow bricks and in many cases get caught doing so either by the statsi or mafia.

It’s not too easy to remember it and if you forget it you’re rekt, but, you don’t necessarily have to remember it forever. Once you’re on the other side of the airport, you can just type it on some wallet, and boom. You now have your bitcoin easily movable.

Something like that has never existed before because code based “magic” is still a very new thing. If nothing else, the fact you can just do this, that you can just memorize money, can by itself be incredibly powerful.

Not to get political because it’s none of our business, but as an example, it is rumored US seized $2.1 billion worth of ISIS gold.

Arguably if it was bitcoin instead of gold in this sort of situation, then US would have probably still learned of the coins and would have probably still demanded them, with memory not really being of much use if the secret slips and a gun demands it. But, it is easy to see how it could have been very different if it was bitcoin involved, which is stupendously easy to move, rather than gold which is almost impossible to move in large quantities under crisis situations.

And here, you know they’re baddies whatever, but bitcoin doesn’t discriminate. Venezuelans leaving the country. Cypriots a decade ago protecting themselves from haircuts. Zimbabweans. Brits who keep seeing their pound fall and fall amidst a constitutional crisis. Devaluing yuan. Wealth confiscating India. Pump it Trump it. And on and on.

With those sort of magic qualities, can bitcoin reach $1 million? Well, we’ll see. But $10 million per coin at current dollar purchasing power would probably be pushing it.