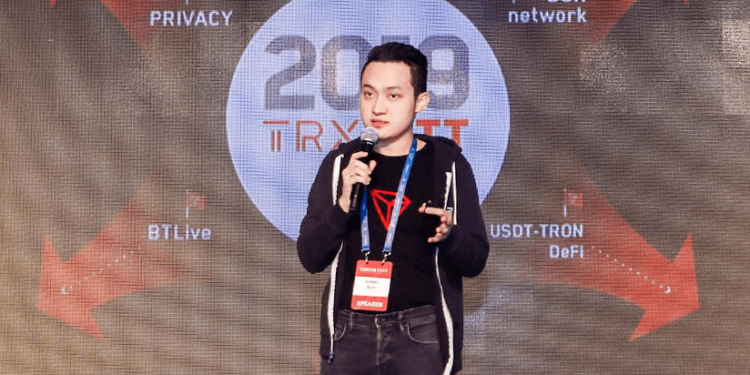 Rumors are circulating in China that Justin Sun, Tron’s founder, has been banned from leaving the country.

There’s speculations Justin Sun was issued an exit ban by China’s Ministry of State Security and is currently under investigation for money laundering, Ponzi fraud etc according to statements on Chinese social media.

A local paper there has confirmed Justin Sun, who usually resides in San Francisco, is currently in China.

The paper accuses him of illegal fundraising for the Tron ICO and alleges the Tron blockchain facilitates illegal gambling services accessible to Chinese residents.

Sun denied the accusations, stating according to a very rough translation:

That statement was made seven hour after Sun said: “I am being treated in the hospital for sudden kidney stones. I canceled the lunch with Mr. Buffett for the same reason. At present, the physical condition is all stable and in the recovery period.”

The above statement was made shortly after there apparently was a leak or rather a rumor regarding his potential inability to leave the country with the lunch with Buffett initially scheduled for Thursday.

Skepticism therefore was shown to his statement about being treated in hospital, with one Chinese Weibo user stating to his latest weeb: “do not send Weibo if you are not feeling well.”

We can confirm these rumors are circulating in China, but we can’t confirm whether there’s any truth to them as apparently only Sun himself or the Chinese police would know.

There’s suggestions that if there was such a ban it wouldn’t be out of the ordinary as apparently some other crypto related individuals were temporarily under border controls in China where ICOs are illegal and crypto exchanges have been shut down.

Such travel restriction would be imposed to prevent the individual from leaving the country and thus from escaping potential legal responsibility.

All of this may well be related to angry protests erupting at Tron’s Beijing offices just two weeks ago due to a literal pyramid scheme falsely claiming association with Tron.

There may therefore be something to the rumors, but it’s probably unlikely there will be any confirmation unless there are further developments.

Tron dropped some 17% on the news with other cryptos falling too, including bitcoin which is down about 5%.

UPDATE: Initially the article said it was rumors, but this is now confirmed. Justin Sun is apparently under investigation and can not leave China.