Bitcoin Jumps, Gold on a Bull Run as Pound Crashes on No Deal Fears 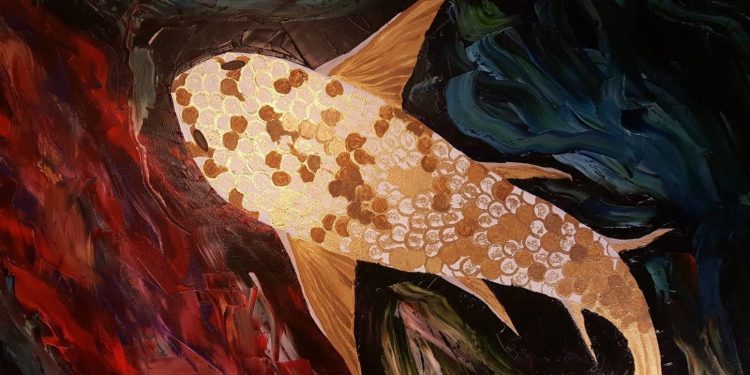 This jump may well be part of a general recent sidewayiness for bitcoin, but trade tensions in major economies might also be a contributing factor that could give direction.

In America, Donald Trump has turned his attention from ugly chants to drumming on Chyna:

That “or no deal at all” is probably not an accident. The master marketeers his money could buy are obviously kind of echoing that Brexit mess.

Gold is loving it. Bull times are there with $70 billion Pjutin – how on earth do you get $70 billion as a president? – now maybe laughing after he kept hoarding and hoarding the yellow brick:

It has recently felt like Putin has kind of exited the stage as free lands become way more preoccupied with their own internal matters, but just how low democracy has fallen in Russia was perhaps a reminder of that Putin patronizing fake cough.

It all creates a frustrating global picture, with Britain perhaps to catch the flue as pound now has basically crashed:

The great British pound is at near the lowest level ever as sunshine gives way to wind and rain in London shores, with the public – and thus markets – thinking not of games or bluffs, but taking Boris at his words.

The pound is now worth 1.09 euros. Pretty much at parity. That’s the lowest level since, well forever, save for a brief blip of around that level in 2017 and 2008.

There’s no panic in the air. That stiff upper lip resonates utter calmness, with it feeling like nothing is happening as far as the streets are concerned.

Yet on TV we have Boris Johnson delivering speeches from nuclear submarines. And on papers we have breathless “reporting” that could be taken straight out of 1940s war propaganda pages.

They even fancy themselves as some sort of war cabinet, with daily COBRA meetings, committees within committees, a £100 million propaganda chest, and that constant: no deal is not our preferred choice, but if we haz too.

With valor and candor they want to lift that Churchill spirit, as if the public are the children, not these pantomime donkeys.

The public, however, says not a word. Frozen, almost, with some dreary trepidation yet unable to decide.

It’s all kind of a show to them. Something you tune in for an hour while having dinner or maybe while watching Newsnight to fall asleep. Then, the next day it’s the same calm and peacefully green street, same cubicle in the office, same shops and always closed churches – what church closes during day time! – and of course the same cloudy rain.

Nothing has changed. Yet the last time pound fell so low before Brexit was during the banking collapse.

In that regards perhaps they’re right to think nothing has changed. The same geopolitical devils machinating war at any opportunity while fabricating state enemies for control and enslavement of the cubicle bots that prefer far too much to not think at all.

So our muses say, swinging from sunshine heaven to… whatever is the above. That’s because to serve fairness we have to suspend judgment until September, unless one of three things happens, or maybe four.

If in anyway Boris Johnson himself or implicitly shows any hostility towards Europe, we’ll have to remind him very clearly our cousins live there, some three million Brits.

If in anyway he has any connection implicitly or explicitly with Nigel Farage, then it would be difficult for us – and thus presumably for the majority of the public – to care about much else.

If he does not call a general election preferably by the first week of September, but at least by the second week, then we would consider it a betrayal of that great British principle of doing things peacefully, a principle that lays on the foundations of doing things legitimately, with that legitimacy of course derivable only from the people, in this case a general election.

Finally he has impressed on social matters, but he is under pressure to back down on some aspects. If he does back down, some may consider him weak and thus perhaps unable to withstand far bigger pressures.

Generally however for the next four weeks and outside the above parameters, he has free reign – within reason obviously – as it is only fair considering the very high stakes.

Yet come September, we will have to do our duty – as so tasked with living and breathing information – to formulate an opinion, however hard that may be, and so pass judgment.

For now, let the pound fall, let bitcoin roar, let the halls of power shiver, for the millennial generation is standing like an eagle.