Bitcoin Fiat Volumes in Venezuela All Time High on US Sanctions 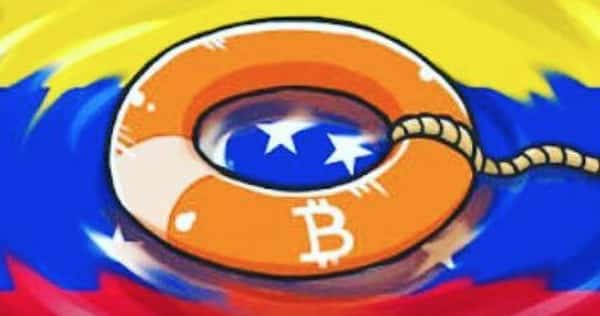 Venezuela is handling about $7 million of bitcoin peer to peer purchases and sales a week according to the latest data for Localbitcoins.

They’re handling about ₿600 a week, but due to bitcoin’s rising price and due to continued hyperinflation in Venezuela, the fiat equivalent of bitcoin volumes look parabolic:

Part of the reason for this growing bitcoin popularity in Venezuela, which has spread to their neighbors like Colombia, is because of US sanctions.

Starting in 2015 after a “national emergency” was declared in an Executive Order, the Venezuelan national oil company was put under sanctions, with it now extending to all property of the government of Venezuela. US President Donald Trump said:

“Pursuant to the International Emergency Economic Powers Act (50 U.S.C. 1701 et seq.)… I have determined that it is necessary to block the property of the Government of Venezuela in light of the continued usurpation of power by the illegitimate Nicolas Maduro regime.”

There has been no UN resolution on Venezuela to declare their government illegitimate as far as we are aware, nor has there been a meeting under UN to address the Venezuelan tragedy.

The sanctions however extend to anyone that has “materially assisted, sponsored, or provided financial, material, or technological support for” any “Blocked Persons.”

So their Github account might now be cancelled, and their Netflix subscription, and maybe their Gmail account, and perhaps maybe even no Facebook for them, although so far only Github and Slack have extended US government policy to their own services as far as we are aware.

Yet they can still keep their bitcoin account, although probably not Coinbase if they’re using that, but there’s plenty of other global exchanges and you don’t even need one.

There’s rumors the Venezuelan government seizes any bitcoin mining gear and then turns them on for itself. So the government might itself have bitcoin and could potentially use it for payments.

So US might have to maybe try that UN roundtable since it’s there for precisely these sort of situations and considering fiat money has completely been mismanaged in Venezuela, the five veto powers might even reach an agreement.

Why they haven’t done so already is not clear, but while they can block many US based services, they can’t quite block bitcoin as a matter of policy.

Hence why perhaps Venezuelans are turning to it to avoid the banking system with bitcoin potentially rising there to challenge even the dollar as a store of value.