Bitcoin at a $600 Premium in Venezuela 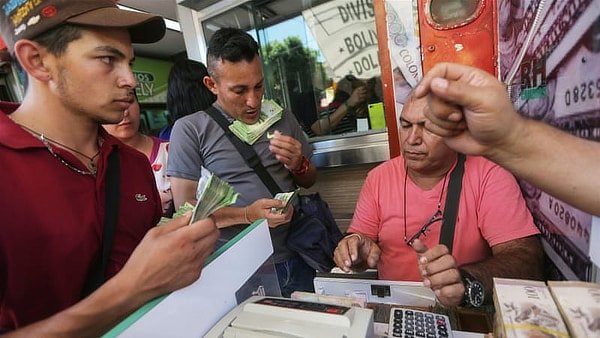 Buying bitcoin with Venezuelan Bolivar (VES) costs you $600 more than on global exchanges according to Localbitcoin data.

The cheapest bitcoin price in Venezuela is some 160 million VES at the time of writing.

One dollar is some 12,796.20 VES. That’s almost as much as bitcoin’s price in Venezuela when converted to dollars.

The global price for bitcoin at the time of writing is about $11,800, making it quite a bit more expensive in Venezuela.

Bitcoin has been flirting with $12,000 for a few days now in part due to the Yuan devaluation, but also because in countries like Venezuela it can perform a real service.

Dollars can be hard to get in the hyperinflated nation, with the dollar itself potentially to be devalued to counteract Yuan devaluation.

So for savings people there might use bitcoin instead which can somewhat easily be bought and sold on the peer to peer exchange Localbitcoin through bank transfers.

In addition, as sanctions are increased by the United States with oil prices too now falling, Venezuelans that want to leave their country might take their savings with them through bitcoin which is a lot more difficult to confiscate than say gold.

Hence demand for bitcoin in Venezuela clearly appears to be higher than the global level, with arbitrage perhaps somewhat difficult because the value of VES keeps falling by the day still.

This has now been going on for years with no clear end in sight. Venezuela’s government appears to have no plan or intention to restore confidence in their own money, with the central bank there seemingly printing like no tomorrow.