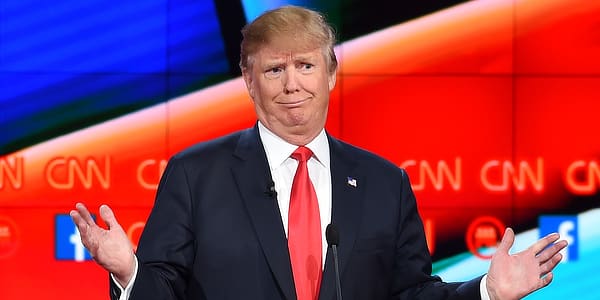 “Just stop. You have billions of xrp to keep your business going for f**k sake!!!”

So says Lukasz Bednarczyk in showing support for a petition that has already gathered some 657 signatures at the time of writing.

“Everyday there is good news… A new bank or partnership announced but still, it manages to keep on dumping,” the petition starter says, adding:

“The only logical explanation is that Ripple are dumping on us. And not small amounts either. Literally billions. We have seen the reports of them disclosing this so it’s a fact.

Now imagine a world where those coins aren’t dumped… where the buyers get to buy without dumping and price suppression… You and I both know what happens. We pump. And pump. Like the good ol days….”

Ripple Labs, the for-profit company behind XRP, sold $250 million worth of XRP below market price in just three months during the second quarter of 2019.

That brings the total to about $2.5 billion sold since December 2017, with Ripple still having some 50 billion XRP, worth circa $20 – $25 billion depending on price action.

XRP was at $4 on some exchanges before Ripple Labs started selling in December 2017. It is now down some 90% without any apparent recovery.

XRP, however, is not showing any sign of recovery with this “currency” being unique in this space because it can be seen as a years long ICO.

They had an “airdrop” in 2014 where they just gave bitcoiners 50,000 XRP for free. They kept much of the supply for themselves, however, with Ripple Labs still having 50 billion XRP even now years on.

Bitcoin had no such pre-mine, while ethereum sold most of theirs in an ICO in 2014-15 with only a small percentage kept by the ethereum team.

Both bitcoin and ethereum have been declared as being not securities, but commodities. However, the Securities and Exchanges Commission (SEC) has not yet clarified XRP’s classification.

If XRP is declared a security, then Ripple Labs would have to provide far more detailed disclosures regarding their expenditure, revenue, personnel, and much else.

The alternative may be to burn this remaining 50 billion XRP, with some calls among Ripplers rising to that effect, or they could just stop selling as it isn’t quite clear why they are “raising” all these hundreds of millions of dollars every quarter.

It’s not clear what their expenses are, but the entire ethereum network was built with an initial investment of just circa $20 million.

Nor is it clear where all this money is going or what they’re doing with it. In addition, when investors complain sometime they’re told by others that Ripple Labs is a privately owned company so they can do what they want.

While XRP holders are seen as people who have just bought a product and aren’t owed anything. They’re to be marketed to now and then with conferences that parade Bill Clinton.