The Merger of Mining and Development, Can Blockstream Rule Bitcoin? 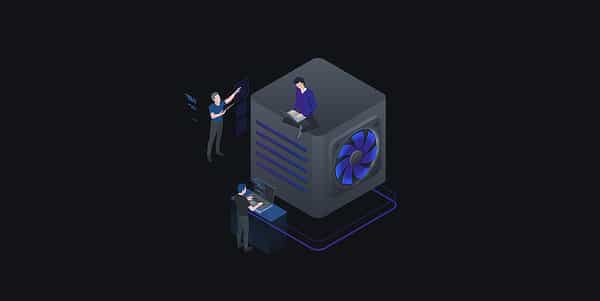 It has been known for some time that Blockstream mines at a small scale, with it unclear what pools they used, but you can probably guess.

Now they’ve announced the launch of a new mining facility that is a hybrid of sorts. It has room for “300MW of energy capacity secured (with more sites on the way),” which apparently accounts for 6 exahashes, or about 7.5% of bitcoin’s current hashpower.

“We also have a self-mining operation, which represents less than 1% of global hash rate, running on a combination of hardware from Bitfury, Ebang, MicroBT, and other manufacturers,” they say.

All in all, relatively small numbers, with mining not quite a business for the light hearted.

It can be a very brutal and a somewhat ruthless activity. Bitfury there, for example, can barely be seen now. It used to be on the right hand side of the image. BTCC has just gone, joining plenty of others. A new one has apparently entered, Poolin. Then there’s the unknown hash.

Then, presumably, others can join too eventually. So it might be able to move to the right side of the screen, but that’s if they can keep up with the very quickly evolving mining gear.

The Merger of Two Power Balances

As a for-profit corporation, Blockstream’s aim is obviously to make money. They have their own products, like Liquid for which they charge, and arguably they are dependent on bitcoin and its success.

As miners, they are directly so dependent. As coders, the more bitcoin is used, the more Liquid is used you’d think, and/or any of their other products.

Having considerable influence on the coding side, however, and enforceability on the mining side, can be a problem.

An easy example would be that the activation of a soft-fork requires 95% of the hash. If some aspect of this soft-fork affects some of their business, they could just block it with this 7%.

Moreover there is that matter of Monopoly 101 which they teach in Silicon Valley or San Francisco where Blockstream is based.

If one company has the majority of prominent coders, a significant amount of hash, the bitcoin satellite, the sidechains, the smart contracts and even a Lightning Network client, then that company begins to sound like a monopoly.

We all saw what happened to Matt Corallo. The very refined “marketing” by Blockstream can “easily” pressure into conformity.

That means this company could rise to be one where if it enters a space, you can’t play.

For now they’re too small for that. But even now if you have an innovative thought and want to implement it into bitcoin, say drivechains, you might be blocked.

So Blockstream is the RedHat of bitcoin as they used to describe themselves. A for profit company with too much influence on open source code.

Not necessarily because where mining is concerned it is a very competitive game, and where development is concerned you just show code or even launch your own client.

Bitmain for example or any other entity like Chaincode Labs could launch their own Bitcoin Core compatible client with anyone able to compete.

Ultimately you can always just chain-split as well, with the bitcoin network being very permissionless due to its own nature.

Then of course there’s competition from other projects, with there being far too many “bitcoins.”

So it doesn’t necessarily matter beyond showing Blockstream is seemingly moving towards having its fingers in every pie.

On the other hand, plenty might say they’re doing it all as it should be done.

Far too many businesses that rely on bitcoin kind of free-ride, expecting coders to work for free while they make plenty of profits.

That has began to change, but no where near enough. There is for example no bitcoin client maintained by any other business save for – at a stretch maybe – Blockstream sort of maintaining Bitcoin Core.

Looked from the other side, you can see it as a service and as a form of subsidizing the coding work, like bringing smart contracts to bitcoin and so on.

If they cross a line or other businesses/miners do not like it, they can always put up their own coding teams and “subsidize” them from their profits and thus compete.

It was obviously never sustainable that a team of volunteers would just sit there while others make billions. And if bitcoin miners or businesses do not so compete to create innovative products, then who will?

Whether Blockstream behaves or goes rogue therefore, it would still be good for bitcoin. In the former case, for obvious reasons, in the latter case because it would spur others to stand up and compete and so strengthen the network.

That’s because by necessity bitcoin is decentralized and by its design it will probably remain so and maybe even become more decentralized just like one exchange gave way to many as opportunities were opened.