“No One is Interested in Working on Litecoin” Says Charlie Lee 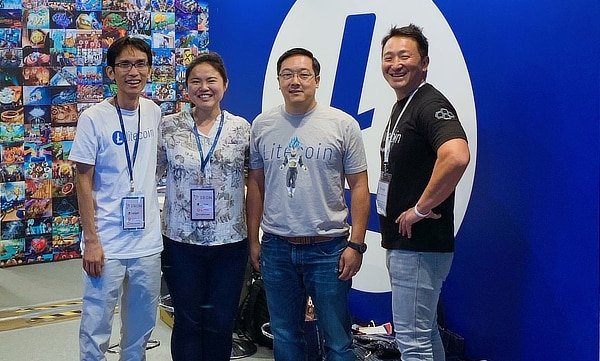 “The honest truth is that no one is interested in working on Litecoin protocol development work,” Charlie Lee, Litecoin’s founder, told Franklyn Richards, a director at the Litecoin Foundation.

Richards told the world at the beginning of the year that Lee “has just announced via Twitter the Core development teams plans to add Confidential Transactions into a future release of the full node implementation sometime in 2019.”

Since then, however, almost no protocol development work has occurred on litecoin, leading Richards to confront Lee in a now leaked conversation. Richards said:

“I was extremely disappointed to discover that no progress had been made on CT since the announcement, especially when I stand on stage telling everyone it’s happening and we are actively working on it.”

Lee basically said there’s no one to do it. “It has only been me, Warren, and Thrasher.” Richard so retorting “Warren has moved to Blockstream, Thrasher is AWOL and you?”

The answer to that question was given on twitter where Lee said he had been very busy with stuff like “Mammoth Film Festival, Glory Kickboxing, Feel the Kpop concert, Flexa SPEDN support, the Miami Dolphins, and more!”

“Lets make the record clear we cant string people along,” Richards said. In response, Lee basically told him to F off said:

“Sorry, but I don’t very much care if people are disappointed if they expect a lot of progress.”

Lee sold all of his Litecoin in December 2017 at the peak of its price, making him very much a millionaire.

He hasn’t bought back as far as we are aware, with Lee stating he has been focusing more on marketing Litecoin than with coding. Lee said:

“I dropped the ball on MW/CT. For that, I apologize. But it’s not fair at all to say that I strung people along and tricked them. Except for the initial tweet, I haven’t said 2019. When asked, I have only said things are moving slowly and will give an update when there is one.”

Slowly is presumably the new word for not moving at all, with it unclear whether Lee even has the capability to implement Confidential Transactions, a complex method to increase privacy.

Lee usually just copies and pastes whatever bitcoin devs code who aren’t really coding much for bitcoin as a lot of it is still at kind of what maybe can be called pre-implementation stage.

Things like a Bit Machine, for example, which is similar to the EVM to bring smart contracts to bitcoin, are still quite some way to go until they can be merged into bitcoin.

It is usually only after the code is fully finished that Lee does anything – as in copy pastes it. So his honest answer maybe really should have been that there’s nothing to copy paste, but you get dolphins.

Regardless, Litecoin’s price has been up over the past two days by some 10% after nearly halving since June from $145.

As one of the oldest bitcoin copy clone, Litecoin attracted a sizable mining community, especially in China but also elsewhere.

Litecoin therefore has maintained some relevance in part perhaps because it’s only a one letter difference from bitcoin.

There were thus all sorts of scams and pyramid schemes surrounding litecoin in China in 2017 by kind of taking advantage of this one letter difference, contributing to its stratospheric rise at the time.

Litecoiners therefore might perhaps not care much about this lack of code as its use case is to be a substitute for bitcoin.

It thus keeps vying for 4th position with BCH, a community that is a bit puzzled as to how LTC can be worth so much when there have been almost no commits in some nine months.