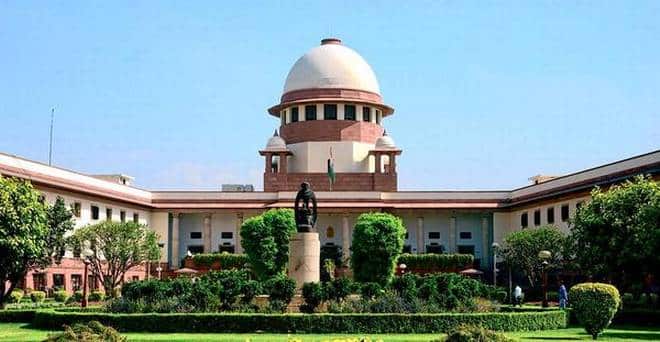 “The empty court is locked up. If all the injustice it has committed, and all the misery it has caused, could only be locked up with it, and the whole burnt away in a great funeral pyre,–why so much the better.” – Dickens.

Perhaps too harsh the above words for a court where yet another adjournment follows a discussion on whether the Indian central bank (RBI) can ban cheeseburgers.

M’lord, “any power to be exercised by RBI has to be guided by some legislative Act. Otherwise tomorrow RBI can say that we are banning Cheez burgers. So there has to be a specific limit of delegation. In absence thereof, it will be absurd.”

That’s what counsel for the Internet & Mobile Association of India (IMAI) said at the Supreme Court where an appeal is being heard against a diktat by the central bank there that banned commercial banks from serving crypto exchanges.

Why can’t you just use foreign banks anyway, the finest mind of Indian jurisprudence wondered.

Counsel argued because it would require approval as it comes within “Outward remittance which is hit by FEMA regulation.”

Some mini back and forth followed on whether it does or doesn’t, with Counsel returning back the matter to whether RBI has the power to ban cheeseburgers.

“Banking regulation Act prescribes the exercise of power by RBI only for the inner working of the Banks and for the interest of the depositors specifically in their capacity as depositors and not otherwise.

RBI taking actions for general consumer interest is beyond legality…

RBI in its reply itself admits that RBI does not have jurisdiction to speak on the legality of Crypto as it is neither coins nor currency and RBI Act and Payment Settlements Act are not applicable on Cryptos.

Despite that they use ancillary powers in a different act and takes action against exchanges which is clearly a colorable exercise [colorable meaning a moral judgment, like: are cheeseburgers good for you?]

RBI acted under error of law as it says that exchanges have to show that in which provision they have a right to use crypto for exchange of goods and services.

However, the law says something which is not prohibited is legally permitted.

Banning or regulating something must be a legislative act, it is a power which cannot be exercised by way of delegation. A decision to ban or regulate should have come from the legislature instead of RBI,” Counsel said.

You’d think that nailed it, and maybe it has, but judge said some section allows RBI to formulate policy.

No conclusion has been made, however. The matter has been adjourned, of course, but at least now it is going into court and coming out again, instead of not going in at all.

Last week the government said the Supreme Court did not need to bother with all this because they will put forward legislation to lock up anyone who possesses crypto.

Whether that will pass in a move that would taint India’s name for a generation, remains to be seen, but the finest legal mind/s in India basically said they did not care what parliament was going to do. RBI had made a decision, the question is: did it have the right to do so.

What is this Bitcoin Anyway?

Last week the judge asked for a chart to show the legislative approach taken in other jurisdictions. So counsel this week went through all major jurisdictions, including New York’s Bitlicense, London’s three-tiered approach of commodity or currency like cryptos, of utility tokens and of security tokens, with counsel further covering other G20 countries.

Pernicious used here instead of just harmful because this is a profession where they still speak latin with the judge apparently finding New York’s approach interesting.

Before that he had asked whether the appellants were concerned with just bitcoin or all cryptos. Counsel presented the why not both meme said “both.”

“We want to understand all, give us in writing about all” the judge said.

So counsel explained what a blockchain is and how it is immutable. He then said:

“Crypto is an electronic token to incentivise people who serve the blockchain system to maintain its integrity.”

They do not allow pictures in court, so we don’t know if the judge was impressed, but he said “there is an essence of speculation” when people buy and sell bitcoin.

Counsel nodded. We would have said yes, like when you buy or sell a stock or any investment as the judge himself may well have done unless he likes his savings to devalue.

Overall all this seems to have gone alright, but the other side will now present their arguments on August 20th next week.

In English derived jurisdictions, both sides usually have a go at each other at the same time with the judge sort of a spectator, but here apparently they play ping pong over weeks.

In the meantime crypto exchanges remain shut down as bitcoin plays its own ping pong up and down with the world watching on the first supreme court crypto case of note.