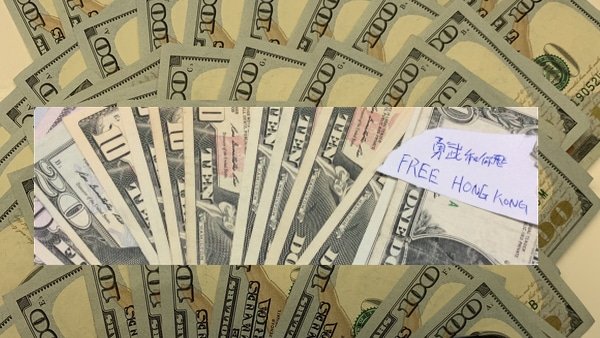 The Chinese tanks on Hong Kong’s border are being met with a new modern weapon, an attempted speculative attack on the Hong Kong Dollar (HKD).

That currency is pegged to USD with an upper range of 7.85 HKD to the dollar. Rumors however are circulating this peg will be breached as CNY devalues.

It’s not about the protest, some Hong Kongers say on online social media, it’s about financial protection.

Some 70 million Hong Kong dollars, worth about $12.5 million, were withdrawn as of Thursday.

Banks say they’re able to cope, but this does not appear to be quite a bank-run. Instead they’re encouraging conversion to “especially the US dollar,” but also other foreign currencies for “protection.”

Taiwan may join according to a local paper which says “Taiwan may withdraw capital from Hong Kong in bank run scenario.”

While Chinese state owned companies are ordering their staff to boycott Cathay Pacific, a Hong Kong airline that apparently China thinks didn’t do enough to “ban employees’ participation in protests in Hong Kong.”

China for its part has largely stayed out from direct involvement, but on social media they speak of revolution.

They demand democracy, the election of their own parliamentarians and that of their version of the Prime Minister.

China would then have some sort of largely out of the picture figure head similar to Australia’s Governor-General who represents the British head of state.

There has been no suggestion so far that China is considering meeting such demands, but they have also been reluctant to directly intervene presumably because it would escalate the situation fully.

To increase pressure, Honk Kongers are now posting pictures of piles of cash withdrawn and or converted to mainly dollars, but also other currencies.