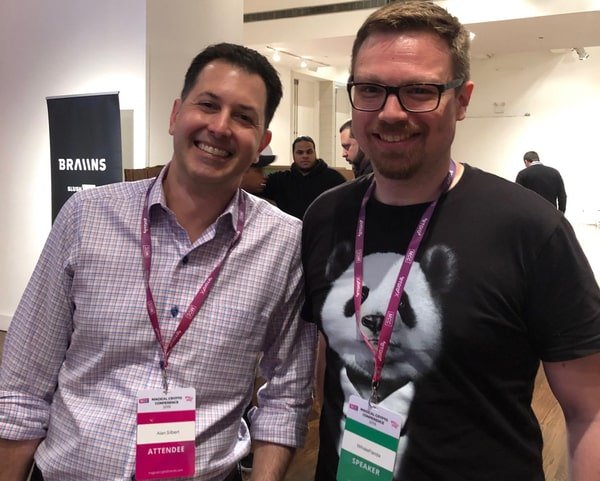 One of the most vocal “critic” of ethereum and ethereum based tokens has invested in an ethereum token (ERC20).

Stefan Jespers, known as WhalePanda, has invested close to $300,000 in a start-up that has applied to publicly sell an ERC20 token.

He is joined by other loud ethereum “critics,” like Samson Mow of Blockstream, with Charlie Lee of Litecoin here too as well as Riccardo Sapgni. That’s in addition to a number of pre-ICO investors that seem to be hidden behind LLCs.

“A lot of people got scammed into… ICOs,” Jespers said on the day this news was made public four days ago without acknowledging his own ICO investment.

Nor does he acknowledge in his Twitter account his real name, with his involvement in this ICO revealed only today.

At the end of last month, and for years prior to it, Jaspers almost daily fed propaganda against eth and ICOs, calling them shady or scammy, stating just this July:

“A lot of Bitcoiners don’t want anything to do with Ethereum or other shitcoins, they would never buy anything like that since they consider it unethical to support it.”

Unethical, yet the SEC filing says: “The INX Token is an ERC20 blockchain asset that is programmed using a smart contract that is compatible with the Ethereum blockchain.”

It is in fact so unethical that only now we find out this propagandist went from some no name university to work under the grand title of “Xerox Office Support.”

Three years he spent there until in 2010 he upgraded to “ICT helpdesk.” Then he discovered the snake oil industry of “search engine marketing,” or SEM, to leave a year later and found his own company in mid-2011 for “Online marketing & Brand management consultancy.”

That’s still his position, according to his own Linkedin in any event, with the unethical practices of Jaspers so landing him an advisory role on this INX “exchange” according to their own website.

Unethical, we say on the presumption his statements were made not solely out of his own opinion, but for pay in his role of “Brand management.”

If that is not the case then we are inadvertently mistaken, but there are plenty of facts here upon which to base such opinion.

Including the fact this INX exchange, which no one has heard of, has Alan Silbert as Executive Managing Director. As no CEO is listed, presumably that’s the equivalent.

Silbert, of course, is the brother of Barry Silbert of the Digital Currency Group. He basically owns Coindesk and has invested in Blockstream.

So we have a complete picture. These are not maximalists. These are employees, under what appears to be the orders of the Silbert brothers, with Alan Silbert himself being “a Senior Vice President of Capital One Commercial Banking.”

No wonder thus this Jaspers has risen from some helpdesk guy to an attack dog on twitter where he spurs venom ostensibly as an impartial peer bitcoiner while the holistics of the evidence suggests he is under the pay of current or former bankers.

His hypocrisy might find further bounds in advising ICOs last year while telling the public under his now not very anonymous moniker that advisers to ICOs are to blame for what he calls all sorts of names.

Nor is he the only seemingly paid propagandist that is eventually found out to be some SEM janitor with no ethics nor care to reveal his deceiving appearance of an ordinary bitcoiner.

Unaware perhaps as he may well be that there are certain standards in marketing. Misleading advertising, for example, can court a fine or more. Calling other projects all sorts of names while appearing to be a member of the public when actually being paid for it, can too court a fine or more.

For if companies can just pay propagandists to in a deceiving way spur outright hate, then how is there a civilization?

But at least now we know that these are just marketing janitors paid to say anything as long as they get to be paid by Blockstream or the Silbert brothers.