Bitcoin Volumes Spike in Hong Kong While Shots Are Fired 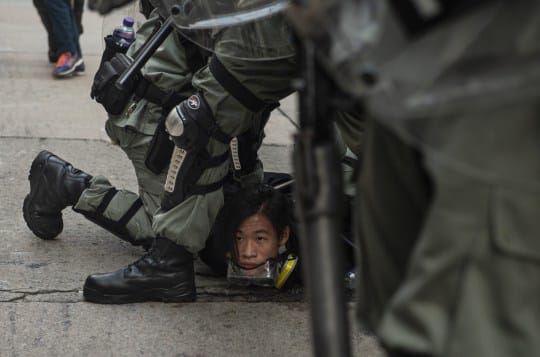 Bitcoin’s volumes have reached all time high in Hong Kong according to data by Localbitcoin, the peer to peer exchange.

This week has seen the highest level of bitcoin buying ever, above even the December 2017 peak.

Bitcoin volumes are now double what they were in May when there was a mini bull-run and just a bit higher than late 2017.

The numbers are small, however, with the above being in Hong Kong dollars, translating to $2 million USD.

Yet Localbitcoins is more of a proxy measure of bitcoin interest by regions as most probably use centralized exchanges which can be a lot more convenient than peer to peer.

This spike however does indicate increased interest. That’s while a teenager was shot in Hong Kong. The 18 year old student is now in hospital, with five live rounds fired by the police.

“On a day of celebration in Beijing, the people of Hong Kong were weeping from the teargas and bleeding from the bullets fired,” said a protester who did not want to be named.

The four months long protests for democracy saw their most violent day yet, with police and protestors in running battles.

How this will be resolved remains to be seen, with protesters previously storming parliament, but not holding to it.

They also attempted a speculative attack on the Hong Kong dollar, with some now turning to bitcoin.

The semi-independent state hosts a number of blockchain/crypto companies and is generally friendly to this space.

China on the other hand has banned crypto exchanges and is somewhat protectionist when it comes to foreign tech companies like Google or Facebook.

They currently have oversight over Hong Kong, but their attempt to extend it through an extradition bill faced considerable backlash which continues.

This is the first time in living memory that the police shoot at unarmed protesters in a free country.

That’s a considerable escalation not seen in decades with it unclear just how it can now be resolved peacefully short of China granting them the right to vote.