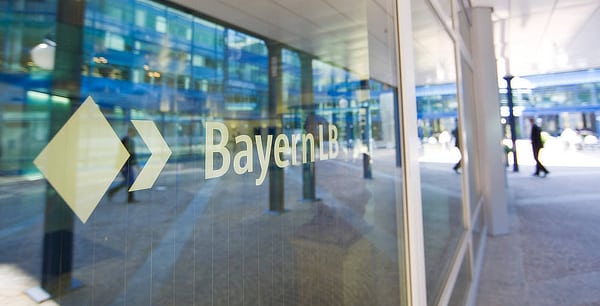 One of Germany’s biggest bank predicts bitcoin will reach $90,000 due to the halvening based on a stock to flow model that measures the hardness of a money. We’ll initially quote without much comment.

“The stock-to-flow approach originating in commodity-market analysis serves to quantify the ‘hardness’ of an asset. Applied to Bitcoin, an unusually strong correlation emerges between the market value of this cryptocurrency and the ratio between existing stockpiles of Bitcoin (‘stock’) and new supply (‘flow’),” they say.

“Satoshi’s ‘stroke of genius’ was to decouple supply from price and from mining efforts (in Bitcoin’s case: computing power). It is worth noting that this ‘difficulty adjustment’ was absent in the case of all Bitcoin’s predecessors, e.g. Bit Gold…

The harder Bitcoin is, the greater the value attributed to it. The (blue) points lying close to the regression line already show that the correlation is very close. Test statistics confirm this as well…

If one takes a closer look at the chart, it is striking that platinum, palladium and silver are all lying clearly above the regression line. This suggests that their market value is primarily – or, at least strongly – based on their utility value (as industrial metals) and that they command only low monetary premiums. By contrast, gold is to be found pretty close to the regression line, which is only logical: in the case of the yellow metal, it is exactly the other way round – it is in heavy demand as a store of value but subject to little industrial demand.

The most intriguing question, of course, is what the future will bring. What is certain is that Bitcoin’s stock-to-flow ratio will increase drastically in May 2020 – i.e. after the next halving from around 25.8 at the moment to almost 53. By contrast, gold’s stock-to-flow ratio (currently in the vicinity of 58) will only be insignificantly (if at all) higher next May. If the May 2020 stock-to-flow ratio for Bitcoin is factored into the model, a vertiginous price of around USD 90,000 emerges. This would imply that the forthcoming halving effect has hardly been priced into the current Bitcoin price of approximately USD 8,000 (the current model value is roughly USD 7,500)…

Bitcoin has been conceived as an ultra-hard type of money. In 2024 (when the next halving is due to take place), its degree of hardness will inexorably increase even further, to a level unprecedented in human history (a stock-to-flow ratio of more than 100!). Nobody really knows what repercussions such a monetary standard would have. Only one thing is clear: if Bitcoin is indeed to become the money of the 21st century, it will be because its properties (above all its high degree of hardness) have been preferred to those of alternative types of money – after all Bitcoin is a completely open monetary system operating on a purely voluntary basis.”

The bitcoin halvening in May 2020 is to reduce bitcoin’s new supply (flow) to less than 2% of its total supply (stock).

Shortly after that, bitcoin will overtake gold too to become the hardest money known to man.

BayernLB, which is 75% owned by the state of Bavaria, says the stock to flow ratio has corresponded with price, so if that continues bitcoin will near $100,000.

They caution no model can have full predictive power, but they say due to bitcoin’s digital nature and its design, there are no supply shocks and you can’t create more coins to satisfy demand.

They cite the gold rush of late 1880s when an increase in the value of gold led to mass digging for gold which “enlarged the supply of gold on the world market sufficiently to ensure a temporary decline in the gold price.”

As bitcoin’s supply has no relationship to price, such bitcoin digging or the pouring of resources to find new bitcoin, can’t occur.

That’s because bitcoin’s supply is determined by an algorithm which has no relation to anything whatever really as the same amount of bitcoin would be produced if it’s just one laptop in the world mining bitcoin or 4.5 million asics.

Satoshi Nakamoto, the bitcoin inventor, has “cheated” says the German bank as it has allowed bitcoin to achieve in 11 years what it took gold millennials. That is, being the hardest money in the world.

“The supply profile determined by Satoshi is guaranteed by a global peer-to-peer network and by the centripetal forces at work within such a network: it is as good as impossible to get the whole network to shift to a new supply profile (i.e. software protocol), especially since the incentives of individual node operators would run counter to an inflationary profile (such a profile would dilute the value of their bitcoins),” the bank says.