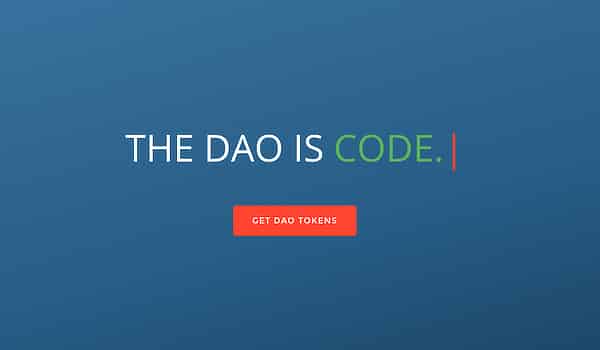 The hacked Slockit DAO, which led to a big debate and a chain-split in 2016, still contains 116,000 eth with withdrawals continuing as late as last month.

That’s worth some $20 million, far less than the circa $2 billion if it was still holding some 11.5 million eth as at the time.

Still it’s a substantial amount, especially as so many years have now passed, with some people not claiming their eth.

They may have forgotten its even theirs, or perhaps they lost the private keys, or they’re just letting the DAO withdrawal contract hodl for them, or at the time it was a small amount to claim so they didn’t bother.

What might have been an insignificant amount back then, however, could now be worth a lot as ethereum’s price was trading as low as $5 per coin after the chain-split.

But what’s left is just 1% of what was initially in the contract. The vast majority of it was withdrawn shortly after the chain-split in July 2016.

One address withdrew as much as half a million eth, with that amount seemingly coming from Kraken to then again be sent to exchanges after withdrawal.

An estimated 18,000 individuals invested in the DAO, which was meant to fund an ethereum computer and Slockit operations.

There was no cap on how much could be invested, however, so around $200 million worth at the time was raised, significantly more than what they expected to be just $20 million.

The idea was that these stackeholders controlled the funds in the Decentralized Autonomous Organization (DAO) smart contract through voting on whether to release them or not to a project/address.

As so much was raised, however, what was expected to be a mere formality in releasing funds to Slockit the company, became more the idea of a decentralized venture fund.

Yet a bug allowed a hacker to replay a transaction over and over again due to accounting irregularities in the code, with about 20% of the funds drained.

That was followed by a coders’ “war” where white hat coders drained the hacker and the hacker drained the DAO contract at the same time as ethereans in general were discussing whether to fork in order to effectively cancel the hack.

97% of them in the end voted to do so, but a minority disagreed, so they created the ETC chain where this DAO withdrawal contract doesn’t exist as it’s just the DAO there.

The ETC chain so happened to gain some value, so the code war continued there, but the ICO boom of 2017 cemented eth’s dominance among smart contract chains, with the legacy of the DAO being far more centralized fund raising methods and updatable smart contracts.