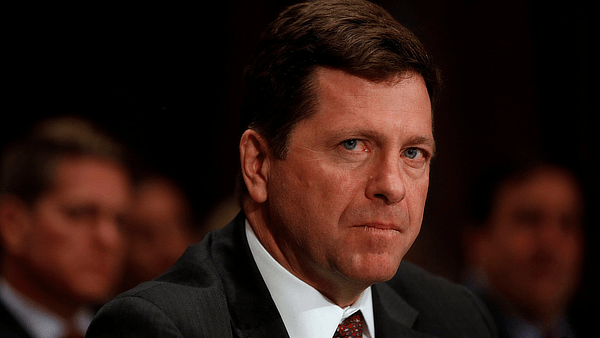 The American Securities and Exchanges Commission (SEC) is claiming global jurisdiction over the launch of public blockchains in a court filing where they obtained a temporary restraining order against Telegram Group Inc. and TON Issuer Inc.

SEC says Telegram raised $1.7 billion from 171 individuals or entities where about a third of it was from 39 U.S. purchasers in return for 2.9 billion Gram, a native crypto in a proposed new blockchain.

Such cryptos are to be delivered to these investors upon the launch of the TON public blockchain which SEC says has been promised by the 31st of October 2019.

Their court action is intended to stop them from launching the blockchain, but Telegram itself is based in Dubai. They say:

“Most of the developers behind Telegram originally come from St. Petersburg, the city famous for its unprecedented number of highly skilled engineers.

The Telegram team had to leave Russia due to local IT regulations and has tried a number of locations as its base, including Berlin, London and Singapore. We’re currently happy with Dubai, although are ready to relocate again if local regulations change.”

Neither Russia, nor Berlin, nor London, nor Singapore are exercising jurisdiction. Nor is Dubai.

TON Issuer Inc is incorporated in the British Virgin Islands, a British oversees territory. Britain is not exercising jurisdiction.

Since no coder or company is based in USA in this case, there might not be much SEC can actually do to prevent the launch of this blockchain unless they utilize the entire might of America to freeze websites, bank accounts, and much else.

Meaning the global web risks becoming the American web, if it has not already, as might blockchain related activities.

This overreach is creating a chill that could potentially even extend to Europe after they shut down an Austria based crypto service for not complying with American laws.

US takes the view that practically translates to if it’s online, then they have jurisdiction because US citizens have or could use it.

It’s unclear however what exactly happens if European law is very different to American policy.

Denmark for example says ICOs are not a security. So if the TON blockchain launches there, isn’t America claiming their law is superior to Danish law?

France too has a very accommodating attitude towards this space. Here however we doubt SEC would dare claim superiority because that may well turn into a proxy political battle amid trade tensions.

USA is to impose taxes on Scotch Whisky at 25% and on some $7.5 billion worth of goods from Europe.

This is the overt trade war against its own closest allies and even against the “special relationship” United Kingdom.

The covert and more far reaching tariffs, however, may well be their selective enforcement of their own laws.

When SEC goes after American banks for example, which is a very rare sight, it does not even name them. However if they are EU based, it goes after them with glee, like Deutsche Bank.

US based EOS got less than a slap on the wrist presumably because they paid quite a bit in taxes on their estimated $4 billion ICO.

While when it comes to TON, which legally is under British jurisdiction, they’re trying to cancel the entire fund-raising of $1.7 billion by preventing the creation of Gram.

That this would be the case is somewhat natural and expected. Hence why countries usually do not claim jurisdiction over other countries. Here however America is basically saying that anything on the internet is under their jurisdiction.

So if that is the case, how do non-Americans vote to change this investment prohibitions law? If they can’t, then this is not a law for anyone outside of USA.

For 70 years, there has been no Europe. Prior to that there was a Europe of sorts. A German Europe, an Austrian Europe, a French Europe, an Italian Europe, and some time ago even a Spanish or Portuguese Europe.

They’d each take turns to be the ones running the continent, fighting some time over who can do so, but in general there has always been one United Europe wide polity.

After the second world war the continent was divided into American Europe and Russian Europe. Attempts to re-gain full sovereignty are on-going with a very important step taken this year by the signing of the Franco-German treaty.

Due to its past, Germany tries to be low key, while France has no qualms about flexing political muscles.

America however is doing much to try and prevent full unification. Sending troops to Poland, for example, to increase tensions within the union.

Many of the nationalist movements are also clearly being fomented by America or American citizens, with Steve Bannon for example trying to orchestrate a union between nationalists with the aim of breaking up Europe and subjugating it.