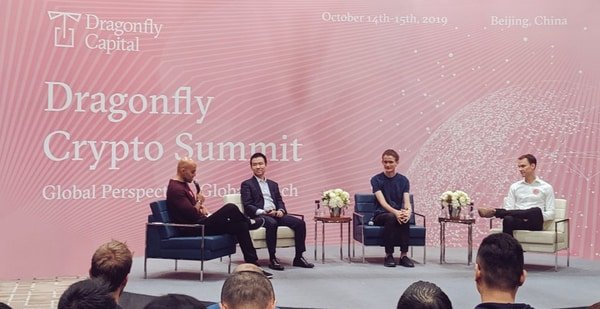 Vitalik Buterin, ethereum’s co-founder, said he thought if you build it, they will come, but now thinks maybe not without investing in the community. He said:

“We’ve underestimated the importance of community. Two years ago I was a believer that if you built good tech they would come. We now see that without investing in community the good tech won’t come, or it won’t be that good.”

What exactly he means by investing in community is not clear, but the Ethereum Foundation used to have a pretty decent marketing team which was let go a couple of years ago amidst criticisms by bitcoin maximalists.

That led to a lack of communication, and in some cases atrocious expectations management, with the need to address it becoming clearer as 2018 progressed.

So culminating earlier this year with Lane Rettig, an eth dev who was trying to streamline project management, lashing out.

Some structural changes were then implemented, but the logistics of Devcon V have been criticized for having no wi-fi, for it’s location being at the other side of the world, for no livestream of some talks and so on.

The agenda was published just a week before Devcon, so there was no opportunity for community input, but generally attendants seemed impressed with the content itself, criticisms so seemingly limited to just logistics.

The lack of any care for the community was also shown with the new redesigned Ethereum site launch. It looks like one of those barren pages deep inside some university professor’s course.

At least that has some content on it. The Ethereum Foundation (EF) website literally has nothing more than a yellow bird.

There’s no explanation whatever of what EF does, where it’s based, what is its status, how can you apply for grants, what’s it spending funds on and so on.

The public thus is mainly updated by conference speeches, or twitter snippets, or when a journalist finds the time to talk to someone, with it not easy to quite keep up.

Part of that might be desirable. As an example Buterin uses the multi-clients approach so to effectively distribute “power.” On the other hand however this lack of communication can lead to ethereans being in the dark on what’s going on.

The latest example is the deposit contract which initially was expected to launch at Devcon. There had to be a change, with Danny Ryan, eth2.0 coordinator, giving the latest update by stating it will launch “when the BLS standardization is complete. Apparently last week, there was a strong signal from ~5 blockchain projects on agreement on the current draft of the standard.”

There’s been a small delay, that’s perfectly fine, but should it be Ryan updating the public about it deep inside some reddit comments? Should journalists have to go chasing devs around to get basic information? Shouldn’t this be the job of some lit grad, like Aya Miyaguchi, the Executive Director at EF.

Buterin also said “the tech has moved more slowly than I expected. Five years ago I thought we would’ve had proof of stake and sharding for quite some time by now. This is true of Ethereum but of all the other projects as well.”

Sharding is pretty difficult, with ethereum devs not really working on it until mid-2018 as far as we are aware.

That might be because on the coding side arguably they may have been a bit lax during the bull market, but they’re working hard with multiple teams and these are difficult stuff so generally they’re given considerable leeway there.

The concern is more about this tendency to keep everyone in the dark without periodic updates of where things are and/or how they may have changed in a mass communication way.

The “official” EF communication method, for example, hardly has much on it with just an Interop in Review last month and a Geth six months update in July.

Nothing about plans to launch a deposit contract, or what it is, or what eth 2.0 is, or anything really save for the periodic dev grants and bugs.

Ultimately, however, if they do build it they may well come, but the lack of communication for the public in the meantime might unnecessarily create uncertainty when on the coding side there’s plenty of progress and a lot going on, but on the literature side there’s almost nothing.