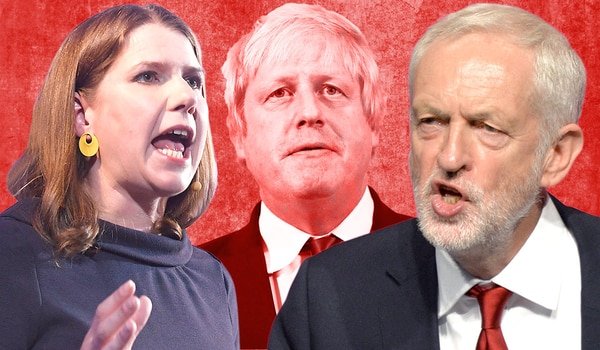 It now appears almost certain Britain is headed to the polls on the 9th or 12th of December after the two smaller opposition parties have stated they are to introduce a Bill to amend the Fixed Term Parliament Act and hold a General Election on Monday 9th of December.

“We are ready to take our pro-European message to the country and have a General Election,” Libdem leader Jo Swinson said with the party running on a platform to revoke article 50.

Ian Blackford, Leader of the Scottish National Party in the House of Commons, said on Politics Live on Friday they wanted an instant election without a tight timetable for the withdrawal agreement bill to be scrutinized.

Labour appears to be taken by surprise, with it unclear what they plan to do, but the conservatives have basically said they’ll back this bill if their own proposal, which requires 2/3rds of MPs, does not pass.

“If Labour oppose being held to account by the people yet again, then we will look at all options to get Brexit done including ideas similar to that proposed by other opposition parties,” an unnamed Downing Street source said.

The opposition bill probably has the numbers if conservatives back it, with it requiring just a simple majority.

It also requires the European Union to grant an extension until the 31st of January, which is most probably exactly what they will do if this bill does pass.

The Brexit Party is going out of the picture, constantly falling in polls, with this potentially a three horse race between conservatives, labour and libdems.

Boris Johnson has gained 40% according to a polling company that tends to show labour slightly higher than other polls, and libdems slightly lower.

Still Labour is about -16% in red, with Labour now perhaps outplayed because they logically have no choice but to vote for the election which appears almost certain to pass one way or the other as if it does pass, it might be a bit demoralizing for them if they voted against.

While Libdems seem to have hit a ceiling of about 20%, with it potentially requiring some other highly popular policy in addition to being very pro-Europe to go further.

SNP are riding high on the hope of securing independence after UK leaves, but much can change during the campaign.

Britain will transform one way or another regardless of who wins in this most historic election.

Jeremy Corbyn of Labour has a radical socialist agenda that would turn Britain into a very different country, high tax, high spend, a new generation reliant on government services.

Libdems would just cancel the referendum, making UK a full EU member for the foreseeable future. Chances for a first position are slim, but a second position would be a political earthquake that would re-align some aspects of politics to the question of how close to Europe.

Boris is obviously the favorite to win, but he underestimates the other parties at his peril because Corbyn is a good campaigner and Libdems are showing some surprising election wins.

There are no manifestos out. We don’t know where they will stand on many of the issues, including bitcoin, blockchain and fintech more widely.

All of it to be fleshed out in just six weeks, with the Christmas election TV debate likely to break all records as Britain and the world stand at crossroads.

London has championed this space for years with an optimistic message about regulators assisting innovators any way they can, earning the City the crown of the top financial centre.

Theresa May almost threw that away, with it just one aspect to add to her unpopularity and downfall.

Yet the FCA is still sort of under the May administration because Johnson hasn’t had time to do anything, but strike a deal.

Where he stands on this space is not too clear. We think he is kind of basically Cameron, a liberal conservative, pro business, hopefully pro this space, cosmopolitan, and wanting to build Britain.

Getting Brexit out of the way, therefore, and changing May’s directions to the civil service, can be good for businesses in general and bitcoin specifically, not least because the blockchain will be at the centre of the Northern Ireland arrangement, something we might hear more of at a technical level if conservatives get a majority.

A Corbyn government would be run for the hills where this space is concerned, although maybe not to the extent it is thought. Their attitude however can be perceived as a lot more confrontational towards businesses and this space, but we don’t quite know where they stand yet.

Libdems like decentralization, so they’d be good for this space, but they need a real push to get power or even to become the official opposition. They need a very appealing message on the economy, how to get Britain growing at US levels or even higher.

It is probable markets will closely watch the votes tomorrow because if unexpectedly neither passes, the pound may well plunge as the chances of a no deal exit would have increased considerably.

Libdems thus have made a very smart move to prevent no deal and take the French veto out of the picture. If their vote passes, then a sense of relief may lead to an increase of stock prices, while whether the pound would move isn’t very clear.

That’s because it may have already taken into account a deal, with the focus there instead being more on the chances of a conservative majority and/or how good the outcomes would be for the economy.

If bitcoin reacts it might be to price-in the Bank of England turning on the printing presses to cushion Brexit, with consideration too of potential economic optimism leading to higher bitcoin prices.

Overall, all markets may react positively if the vote passes as there would be a path towards a decision to end uncertainty, but a hung parliament can’t be discounted.

It looks unlikely now, but much can change, with it unclear what Libdems would do in that situation, but the British people will probably return a clear verdict, with the second position, rather than the first, being realistically more in question.