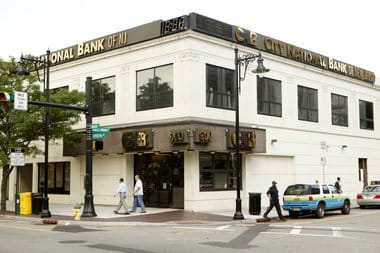 A local bank in the United States has gone under, with the Office of the Comptroller of the Currency (OCC) stating on Friday they have appointed the Federal Deposit Insurance Corporation (FDIC) as receiver for City National Bank of New Jersey.

“The OCC acted after finding that the bank had experienced substantial dissipation of assets and earnings due to unsafe or unsound practices,” OCC said, further adding:

“The OCC also found that the bank was undercapitalized and failed to submit a capital restoration plan acceptable to the OCC.”

It’s unclear what exactly happened here, with little further information provided, but this is the third bank to fail within a week.

Friday 25th of October saw two banks fail within one day, a first since 2015.

Louisa Community Bank was closed down by the Kentucky Department of Financial Institutions. The bank had about $29.7 million in assets and $26.5 million in deposits. The receivership costed FDIC $4.5 million.

Resolute Bank in Ohio was closed on the same day by OCC. They had $27.1 million in assets and $26.2 million in deposits, costing FDIC $2.2 million. Regarding the closure of Resolute Bank, OCC said:

Resolute “had experienced substantial dissipation of assets and earnings due to unsafe and unsound practices.”

In total four banks have failed this year, while no bank failed last year. The City National Bank of New Jersey is one of the biggest out of the four, with $120.6 million in assets and $111.2 million in deposits.

What is causing these failures remains unclear, but the Federal Reserve had to intervene in the bank to bank lending markets (repo) due to a liquidity crunch.

The scale of intervention is the biggest since 2007, but only “primary” banks can access FED aid. Local banks therefore might be feeling the pressure as government debt balloons to $22.7 trillion, up $300 billion in just one month.