Ten Year Bull Run, is it Time to Pay Bank Dues, and How Would Bitcoin React? 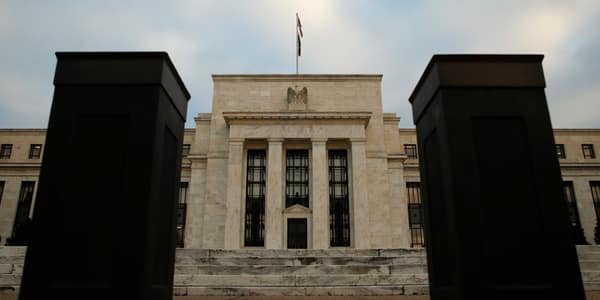 “The free enterprise system has not failed; the financial system has failed.” – Tony Blair, Davos, 2009.

To maintain the immense wealth some accumulated and did not want to share with others, in very, very ancient times, someone came up with the suggestion that god himself demanded an occasional sacrifice. God here being a metaphor for the king, but of course presented in such a way as to suggest an actual supernatural entity.

That tradition continues to today and remains very wide-spread. As an example, we eat turkey for Christmas dinner – and only turkey “counts” – in a very symbolic representation (though not expressed so) of the sacrifice.

Nowadays of course the turkeys come all nice and packaged, but in previous times and in many countries, fathers have to perform the “ritual” themselves, usually in front of their children so as to pass on the tradition.

In Islam it’s not necessarily a turkey, it can be a lamb, not at Christmas, but at eid. Other religions have their own small modifications. Yet they’re all making the same point.

To expand on that point would take books, but if there’s a drought for example, instead of the rich opening their reserves they may think it better to send some to war in a “sacrifice.” So leaving more food for the rest. The turkey, that itself has to be “sacrificed” to be food.

In the modern era, that crudeness isn’t very prevalent, but the symbolism of the sacrifice remains very important because it still plays a significant role, although of a far more subtle and of a different sort.

“I am very fearful if these institutions… were to go away, they would not be replicated. We don’t have the will to do this again.”

So said Preston Pinkett, the then executive of the City National Bank of New Jersey, which was closed down this Friday because it was “undercapitalized.”

He was leading the only black-owned bank in the state with a mission to serve the unbanked, the poor, and minorities who may now be stuck with payday lenders.

“These are not long-term sustainable ways to provide financial services to people who have few choices,” Pinkett said at the time of the few loan options available to his community by other providers.

Now the bank has closed, with two more closing just the previous Friday, in what is beginning to look like a structural change in the banking system, for the worse.

The ability of the public to tap into the vast money printing that is going on, has continued to reduce, with considerable on-going consolidation in the banking system as coops and local banks go down left, right and centre.

It’s just four banks now that matter, arguably even as far as FED is concerned, with their size and systemic nature giving them considerable preferential treatment.

They’re receiving “loans” directly from the FED to the tune of nearly half a trillion just for September.

The Gilded Age For Others

The stock market has reached a new high this week as fresh new money funnels into the top 500 public companies in the United States.

The “pipeline” is fairly direct, and arguably hasn’t changed much for some centuries. Fed prints, commercial banks receive, “loans” are given to the rich – and maybe a little bit to the middle class – stocks primarily, but also other assets, are bought with it.

To maintain a lid, access to “loans” is restricted. At the other end, thus, the “working poor” have to pay rent to the rich above who bought the house with these “loans.” That rent is now used to “burn” the money by paying back the loan.

In effect, this illustrative rich man has just been given a house for fully free, with the house paid by the “working man,” yet without any beneficial interest in it.

Making this a very efficient system of wealth extraction where more and more there is no room for idealistic banks that want to do such strange things like “serving” the community.

In a healthy system, the money that has gone into these stocks would find its way to higher wages and more investment as well as other innovation so that the wealth extraction doesn’t reach the point where dominos fall.

How they fall is pretty simple. The “working man” does not pay the rent perhaps because prices – gas, fuel, even food – have risen too much while wages haven’t.

As the wealth extractor relies on this rent to pay the loan, he now too is struggling and maybe has to default.

Banks rely on the interest paid on these loans, that’s their primary profit mechanism. As the loan has been defaulted on, there’s no interest, there’s no profits.

Money is being burned without much new money being created. So the economy contracts, FED speeds up the printing, and the cycle repeats.

Except that the “working man” is now homeless. The sacrifice.

There is one key tension in the current monetary system that arises due to the dual nature of the banking system.

Commercial banks are both private and public in that they are privately owned, but publicly subsidized through the FED interest rate, which more clearly can be called the rate of printing base money, money that directly goes to commercial banks at the stroke of a pen.

Commercial banks alone have the privilege of receiving about 1.8% on their deposits with the FED, something that creates new unburnable money.

This is meant to be passed on, but the higher the interest rate, the more commercial banks have an incentive to lend, the more there is economic activity, and thus the more profitable they are, hence the more the lending until it gets out of hand.

Finding that sweet spot is probably impossible because it has to constantly move. At some point, it goes either too high or too low. In both cases, the dominos fall.

Meaning temporarily there may be periods of expansion, but eventually there will be either too much money or too little, hence the boom and bust cycle.

The political will is almost non existent to reform the financial system because buying elections is very easy with the President of the United States a great beneficiary of these “loans” before he took his current position.

Otherwise, conceptually, reforming it you’d think would be very simple. The local bank, for example, can be given access to the FED and assistance. That working man can be given a mortgage. There can be guarantees for business loans. The four banks can be broken up. Commercial banks can be imposed a fiduciary duty to serve the public through providing loans for assets. Basically, we can all stop pretending these are private companies and treat them as semi-public institutions with the obligations that come from that, chiefly: accountability.

Obviously none of that is going to happen. What is happening instead is a prolongation of what might be an assets bubble, allowing it to continue through straight money printing and low interest rates, something that might have the effect of constraining or stagnating the economy.

For that to change reforms are necessary, from removing investment prohibitions to increasing access to cheap loans.

The current administration, however, does not have much of an interest in reforming finance, focusing instead on prolonging the cycle.

Yet as inequality goes on reaching epic proportions, it is not too clear just how much longer the cycle can be kept from repeating.

Otherwise, as far as bitcoin is concerned, new money does tend to find its way to it, and if the economy turns, then its rare quality of not being controlled by anyone while being easily transportable may make it a safe asset to park money.

Meaning whatever happens, it is good for bitcoin because it is both a speculative asset while also being like gold.

But for the economy, little of this is good because its effect is greater and greater centralization to the point it becomes unmanageable and it all collapses.

Arguably we’re no where near there, but the political theatre in Washington and elsewhere appears to be distracting from addressing real issues which sooner or later will have to be faced.