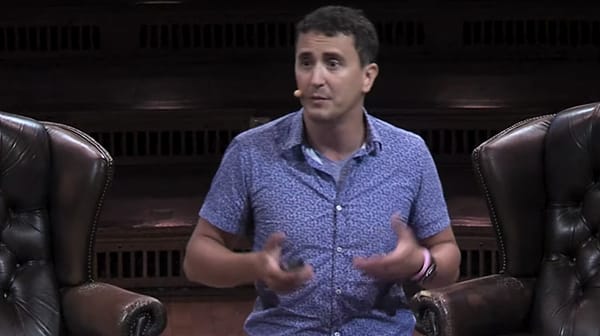 That’s Emin Gün Sirer, professor of distributed systems at Cornell, introducing Avalanche (AVA), a new crypto protocol that is described as a platform for platforms.

One such platform to run on AVA is athereum, a friendly fork which basically replicates the ethereum network, including all account balances and contracts, onto the new network.

In many ways it’s similar to a chain-split where 1eth is equal to, in this case, 1 eth plus 1 ATH (athereum).

There is no chain-split however, there’s no contention or anything, but everyone who has eth gets ath.

The reason is because they want to showcase the new protocol which is based on what is claimed to be an anonymous paper.

“Someone dropped this paper on IPFS and some IRC channels yesterday. It describes a new family of consensus protocols that combines the best of Nakamoto consensus with the best of classical consensus. Huge breakthrough,” Sirer said on May 17th 2018.

Team Rocket is what apparently they call themselves. You’d think everyone assumes it’s team Cornell, but far more interesting is team blue and red.

That’s the consensus protocol. You ask people if they like blue or red, and do that poll constantly, and you end up with a blue or red decision – valid or invalid.

How? Well, the math is in the papers, but it reminds us of something Satoshi Nakamoto said on unconfirmed transactions. We quote in full:

“I believe it’ll be possible for a payment processing company to provide as a service the rapid distribution of transactions with good-enough checking in something like 10 seconds or less.

The network nodes only accept the first version of a transaction they receive to incorporate into the block they’re trying to generate. When you broadcast a transaction, if someone else broadcasts a double-spend at the same time, it’s a race to propagate to the most nodes first. If one has a slight head start, it’ll geometrically spread through the network faster and get most of the nodes.

So if a double-spend has to wait even a second, it has a huge disadvantage.

The payment processor has connections with many nodes. When it gets a transaction, it blasts it out, and at the same time monitors the network for double-spends. If it receives a double-spend on any of its many listening nodes, then it alerts that the transaction is bad. A double-spent transaction wouldn’t get very far without one of the listeners hearing it. The double-spender would have to wait until the listening phase is over, but by then, the payment processor’s broadcast has reached most nodes, or is so far ahead in propagating that the double-spender has no hope of grabbing a significant percentage of the remaining nodes.”

AVA is quite different from above, there is no first seen rule and the order in which a transaction is received is irrelevant, but maybe someone read the comment above and read it again and wondered, then why have the miners?

In the time of Nakamoto, when it was very questionable whether something like bitcoin wouldn’t be instantly quashed through the arrest of its founders, the chief reason presumably was to stay anonymous.

For that he would have needed a system of distributing the coins. Hence you have the Proof of Work which chiefly operates to manage issuance, while validation is maintained by nodes.

If the coins are just printed instead, the coin itself can now be a “miner,” “staker,” or more correctly said the “one cpu one vote,” the unfakable identity.

In Nakamoto consensus to prevent the double spending of this coin, you have the longest chain. In Avalanche, you have a new consensus system of polling and sampling of nodes.

Phillip Liu Jr, Head of Strategy and Operations at AVA Labs, explains the new protocol is a bit different from the first seen rule as in bitcoin if “half of nodes see one transaction first and the rest see the other one first, the byzantine nodes can double spend and defraud. You need a system that can pick one of those transactions.” He says:

“Nakamoto allows whoever produces the block and the rest of the blocks building on the chain to finalize the transaction, and in avalanche we use subsampled voting.

You ask a constant size of peers which transaction they think should be accepted. Everyone does this until the network decides on one single transaction. Its is proven that under a certain byzantine threshold, that the network converges on one of these transactions.”

We couldn’t quite establish what the threshold is because it can increase or decrease, but the initial default appears to be at least 80% of the nodes agreeing on blue or red.

The team claims in AVA you can basically pick your own network. So let’s say there are 10,000 nodes, you can pick 1,000 of them, call them the purple nodes, and now we have a sub network – athereum or abitcoin or whatever you want.

As you can pick your own network, you can customize your own network. You can have the EVM from ethereum, zero knowledge from Zcash and ring signatures from Monero, all for your pleasure. Rado Minchev, an AVA spokesman, tells Trustnodes:

“Your sub-network gets to chose which nodes validate it. It could be any type of different nodes which represent different functionalities. Your decision. For instance you can run a subnetwork with Red nodes (zk enabled VM) and Blue nodes (IPFS) for a private CDN network with enabled zero knowledge proofs.

Your subnetwork, your validators, your rules set. It could be private or public, decentralized or centralized, with different set of plugins, etc.”

Sirer has publicly said that you kind of set an agreement with these nodes. To paraphrase, something like: I want you to keep my property records for 50 years, you guarantee it, and in return you get transaction fees.

That example specifically because this platform is seemingly aimed at tokenization. “AVA is a platform of platforms, basically an interoperable internet of assets. Athereum is a sub-network on AVA,” says Minchev.

The paper itself refers to it not as platforms, but as colors. You kind of tag the nodes, which in a simple form forget previous tags or interactions, but in more robust forms maintain a “strength of a node’s conviction in its current color,” with that established by “how many consecutive samples of the network have all yielded the same color.” To this we add what can be called a “search” parameter:

“Upon every successful query, the node increments its confidence counter for that color. A node switches colors when the confidence in its current color becomes lower than the confidence value of the new color.”

Finally we add a DAG (a tree) of all known transactions, and we compliment it with bitcoin like unspent transaction outputs (UTXO), and we have the payment network.

Or, as Stephen Buttolph, a Senior Systems Architect at AVA Labs says: “A node will only vote on a color (transaction) that is valid (has funds). It is simple to check this on a node with the current UTXO set.”

They maintain this is not just a pruned bitcoin, but this description by Liu might remind you of something else:

That’s sort of Ripple or Stellar, which sort of do this sampling, but fundamentally have the established validators who kind of have to give you permission to join as a new validator. That’s because otherwise you can spur many nodes and basically overtake the network.

With AVA there’s the Proof of Stake (PoS) aspect which acts as sybil resistant, but as the color of a node depends on the color of other nodes with the threshold set at 80%, having around 20% of the staked AVA could allow you to basically mess with the colors. Liu says:

“20% of 1 billion is 200 million, that’s quite a bit to attack I would say and also all you can do is slow down the network, you can’t even double spend.

If there’s an attack in a Proof of Work (PoW) system like btc, eth, etc, exchanges shut down. Exchanges can at least trust there won’t be a double spend and can still operate in Ava. So yeah we are a lot safer. We can even tolerate above 51% safety.”

If the above leaves you raising eyebrows, what follows raises them more. Here Sirer as per our transcription:

“In AVA, the way the system works, the way the protocol works is by polling the audience. It’s that exact same mechanism we use for governance decisions.

If there is social consensus, if sufficient people accept this, then the system will adopt that proposal and move to a new point of operation.”

It’s probably what can be called a soft social consensus, going with the crowd if you like. The crowd oracle. Buttolph says:

“In the current implementation, the node will have set preferences that it will automatically try to optimize for. So the preferences are manual (or default) and the answering of governance transactions is automatic.”

“One could say we solved the trilemma, but we never believed in the trilemma in the first place.”

So claims the project. The trilemma, as you might know, is a suggestion that you can have only two of the three: scalability, decentralization, safety.

You can mix them how you please, but you can’t have all three some argue. The Cornell team is saying they’ve come up with something that can provide all three.

They claim realistically this can handle about 200 transactions a second with block times finalized in around 90 miliseconds with a node needing only circa 20 connections or communications, instead of “talking” to all nodes, and also they basically claim sharding, which isn’t quite what they call it, but this sampling is conceptually very much like it. Oh, and you can have your own customized blockchain or crypto network too.

So, what’s not to like? Well, the full code is not out yet as far as we are aware. There is no whitepaper for the AVA network itself, only for the consensus part. And, there’s testnets and so on, but no one can really know how this would withstand haxors once (or if) it gains value and thus is worthy of attacking.

Still, the project is interesting as Cornell has been pioneering distributed systems for decades.

They claim they’ve combined the best of pre-Nakamoto consensus systems, which generally are fast and very scalable, with the leaderless or decentralized Nakamoto consensus, which is very robust.

If those claims withstand the test of time remains to be seen, with the genesis block estimated to launch this winter, December to February.