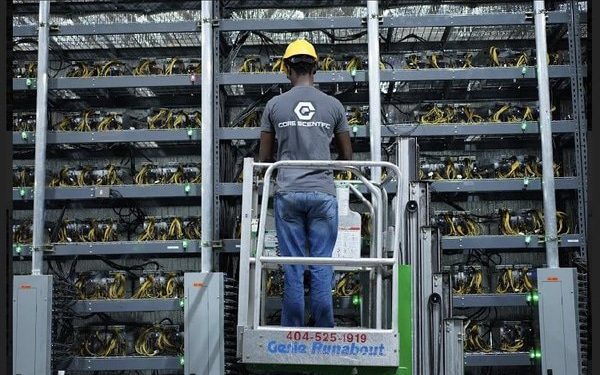 Core Scientific, which describes itself as a Blockchain Hosting Provider, has announced the opening of a new 125MW facility in Calvert City, Kentucky.

1MW is enough to power 1,000 homes, so by itself this facility’s energy usage could power an entire city.

Here however they’re powering miners. Primarily GPUs that mine on ethereum’s blockchain, but also to a lesser extent bitcoin asics or GPU mining other chains.

“Core Scientific is breathing new life into a steel mill facility that closed in 2016,” they say, adding:

“The premium blockchain facility, with purpose-designed buildings that are thermodynamically engineered for high efficiency and temperature management, has already deployed more than 30MW of customer blockchain servers, with 125MW total power ready-now.”

On their site they say they have a partnership with Nvidia and Intel, as well as Cisco, but not AMD.

Kristy-Leigh Minehan, who worked as Chief Technology Officer at Core Scientific, is one of the main proponent of an algorithmic change to ethereum’s Proof of Work (PoW) called ProgPoW.

That became controversial after suggestions the new algo favored Nvidia over AMD, with most ethereans turning against the proposal this year, but it’s still under consideration.

Core Scientific itself said: “The facility in Calvert City is a high-density datacenter that extends the Core Scientific footprint to more than 250MW of capacity across five datacenters, with a further 400MW under LOI.”

So it’s enough energy for a small country mining ethereum in just one facility, but they plan to move to Proof of Stake (PoS), which replaces miners with eth holders.

That move is expected to begin this spring, but the PoW chain will continue to be relevant for years, with such country level mining farms so continuing to dominate the ethereum network.