Hacker Offers $100,000 in Bitcoin or Monero For Leaks After Robbing Bank 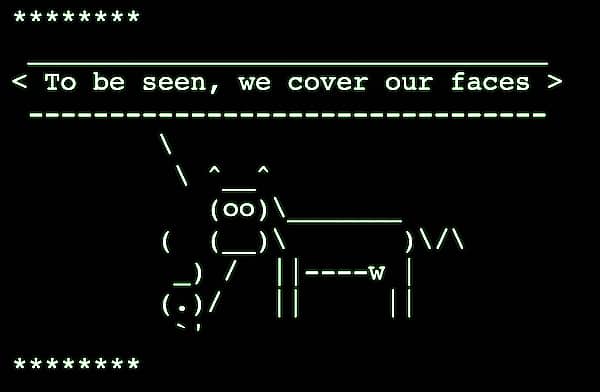 An anonymous hacker, who has just put into public domain some 2 terabytes of data from the Cayman National Bank and Trust, has launched a Hacktivist Bug Hunting Program that offers $100,000 in bitcoin or monero for leaks.

“I think hacking is a powerful tool, and hacktivism has only been used to a fraction of its potential,” Phineas Fisher said. “And a little investment can help to develop that, the golden years [of hacktivism] are yet to come.”

Phineas Fisher himself has just engaged in one of the biggest hactivism in years with the release of offshore bank account data hacked in 2016.

“I hacked a bank. I did it to give an injection of liquidity, but this time from below and to the simple and humble people who resist and rebel against injustices throughout the world. In other words: I robbed a bank and gave away the money.

But it wasn’t me alone who did it. The free software movement, the offensive powershell community, the metasploit project and the hacker community in general are what made this hack possible. The exploit.in community made it possible to convert intrusion into a bank’s computers into cash and bitcoin.

The Tor, Qubes and Whonix projects, together with the cryptographers and activists who defend privacy and anonymity, are my nahuales, that is, my protectors. They accompany me every night and make it possible for me to remain free.”

So says this man or woman or group that goes by Phineas Fisher who has dedicated this release of private financial dealings of the rich to Jeremy Hammond of LulzSec. Hammond pleaded guilty to hacking Stratfor from which he leaked many documents revealing the strategic thinking of the US government. He got ten years in prison.

Phineas Fisher claims to reveal how he hacked the bank, with he, she, or it, further saying:

“Redistributing expropriated money to Chilean projects seeking positive social change would be easier and safer if those projects accepted anonymous donations via cryptocurrencies such as monero, zcash, or at least bitcoin.

It is understood that many of these projects have an aversion to cryptocurrencies, as they resemble some strange hypercapitalist dystopia rather than the social economy we dream of.

I share their skepticism, but I think they are useful to allow donations and anonymous transactions, by limiting government surveillance and control. Same as cash, whose use many countries are trying to limit for the same reason.”

Phineas Fisher describes himself as a libertarian socialist, a contradiction in terms perhaps with the hacktivist arguing against capitalism in its current form, but not quite for what he would like to see instead, save that with this $100,000 bounty he clearly wants to encourage others to leak.

That’s after Anonymous re-entered the scene with a $75 million bitcoin fund for privacy related startups.