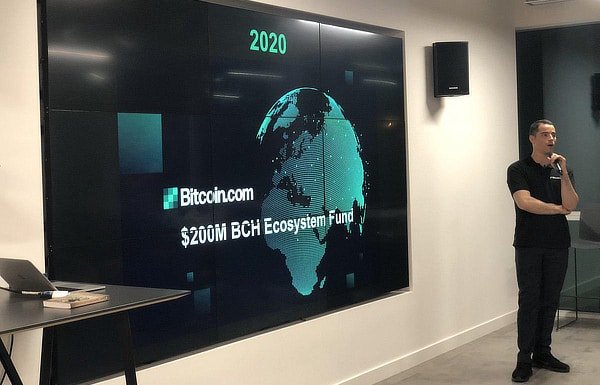 Roger Ver, the first investor in a bitcoin startup and now a very prominent Bitcoin Cash supporter, announced on Tuesday a $200 million investment fund for the Bitcoin Cash ecosystem.

Speaking at one of the biggest Bitcoin Cash meetup in London, Ver said the $200 million will be used to invest in businesses that are building on top of Bitcoin Cash, stating:

“If you have a business or know a business that’s looking for funding to build on top of Bitcoin Cash, our Bitcoin Cash ecosystem fund is some place you should come knocking because we’re really, really eager to build more economic tools to bring more economic freedom to people all over the world. I think Bitcoin Cash is the best tool to do that.”

He further said there’s some business development deals brewing which will lead to “significantly more places accepting Bitcoin Cash than any other cryptocurrency shortly.”

Roger Ver held at some point 200,000 bitcoin, with it unclear how much he has left or how much BCH he holds.

Ver said he was introduced to bitcoin in 2010 through silk road, not for drugs he claimed but to know how people are paying for illegal substances online.

His shop, MemoryDealers, is perhaps the first in the world to accept bitcoin in 2011. People would call all excited he said asking if he really accepts bitcoin. Yeah, why you wanna pay with some? – he recalls asking. Nah don’t have any, but accepting bitcoin is way cool, they’d say.

His entire speech is interesting with Ver stating: “If you look at history, it’s the criminal law breakers like Rosa Parks and the founding fathers of America and so many others that move society forward.

And $200 million is a pretty powerful tool too as that can grow an entire ecosystem supporting many entrepreneurs building businesses on Bitcoin Cash.

Meaning the peer to peer currency has just upped a gear with its biggest supporter putting some real money on the table.