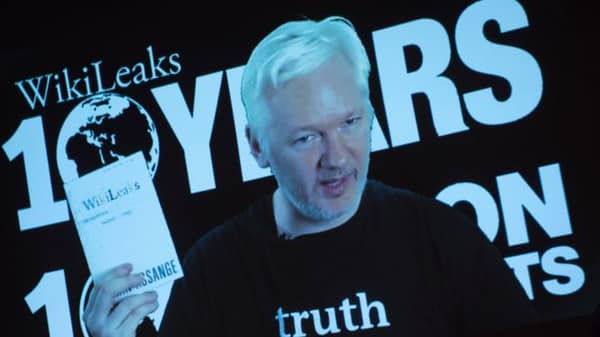 “I make this appeal to WikiLeaks not to try to use Bitcoin.  Bitcoin is a small beta community in its infancy.  You would not stand to get more than pocket change, and the heat you would bring would likely destroy us at this stage.”

That was Satoshi Nakamoto, the bitcoin inventor, on December 5th 2010, just a week before his last public statement.

Two days later, on December 7th 2010, Peter Todd joins the forum where the above statement was made by Nakamoto, and says: “Will buy 1 invite for $2, msg privately.”

They were talking about Diaspora, an open source and more private alternative to Facebook proposed at the time. Someone was selling invites for it at 0.5 BTC. Everyone spoke in bitcoin, Todd spoke in dollars.

Save for one other comment on December 10th 2010, for two years Todd spoke no further until April 26 2012. He tells the public he is an “electronics designer.” Presumably not a busy one because from then on he is a prolific poster during what must have been his late teens, early twenties.

On April 27th 2011 Gavin Andresen announces he had been invited to visit the CIA and he had accepted. About a week later, on May 5th 2011, Gregory Maxwell makes the first public comment on the aforementioned forum, Bitcointalk.

Both Todd and Maxwell would go on to code very little, if much at all, and both would go on to rise as prolific public relations figures with Maxwell in particular taking control of many public channels, especially on IRC.

What Andresen told the CIA exactly is unknown, but at a time of a public digital revolt, you’d think the CIA would have been interested in knowing just what is bitcoin exactly at a realpolitiks level, and just how many of the decentralization claims are indeed true.

That they invited Andresen clearly shows they thought there was someone they can talk to. Thus presumably they would have asked what exactly does he do, and, you’d think, how exactly this code shipping process works and so on.

Far more plainly said, they may have identified the weak-point of control, the levers of power.

They may have also understood that this is indeed a decentralized network that can’t be shut-down, but it can be slowed down and can be slowed down considerably by breaking the process through which rational consensus can be reached. The old divide and conquer.

On November 16th 2013, the private PGP encrypted email messages of an intelligence agent, unclear whether at the time current or former, were leaked.

The pastebin itself has quite curiously been deleted, but the archive is there, with the veracity of these emails confirmed by Todd who was party to it.

The intelligence agent, through numerous communications, gives Todd the playbook. Of considerable note here is he was paying both Todd and Maxwell.

“I apologise for my tardiness, but here is the 5.11BTC I promised for the CoinJoin effort,” he says in an email to Maxwell.

This is what was publicly known. How much money actually exchanged hands is not known, but both Todd and Maxwell knew this man was an intelligence officer and still took money from him.

With the mistake here being that at the time the impression may have been bitcoiners were anarchists or kind of a Wikileaks, Lulzec, Anonymous offshoot, instead of technologists with intellectual foundations in Hayek’s idea of competing money.

So maybe once they got into this operation of slowing down bitcoin, they were thinking of it as not quite a new technological invention of potentially great use, but as a tool to be hampered.

Gregory Maxwell has now come out with some new history that shows that the Bitcointalk forum was at first on bitcoin.org.

Devs apparently wanted it to move away from there because the anon global moderator, Theymos, would not remove plainly illegal content.

It is apparently Jeff Garzik, rather than Satoshi Nakamoto, who created Bitcointalk according to Maxwell, except there’s a crucial problem in his claims.

The logs he has posted are from 2011. Bitcointalk has Satoshi Nakamoto join in November 19, 2009. Meaning the only way his claim can be valid is if they exported the entire forum from bitcoin.org, in which case his claim is irrelevant except apparently it was Gavin Andresen that was administrator on the bitcoin.org forum.

The date of the discussion to move is somewhat interesting too, 12th June 2011, just a month after Andresen met CIA. But the question of why Theymos became owner is the more interesting, Theymos the censor in regards to scaling, but the free speech man in regards to tainting bitcoin with illegal activities or indeed in regards to allowing trolls to publicly attack it constantly on bitcoin fora.

Moreover conceptually too, if bitcoin can be coopted then what’s to stop the same from happening to another coin.

If this far bigger community where a lot more money is at stake can just be taken over somewhat easily by propagandists who hack and censor, then why can’t another one.

That’s perhaps why Nakamoto’s comments were so prescient. Bitcoin was so small back then, and so unknown, that social defenses were not quite there.

Todd’s attempt to pivot towards Tor, which is far more established, have had a different response.

If bitcoin had been away from the spotlight a bit longer, potential cooption would have been far more difficult. Yet, whether bitcoin would have been the phenomena that it is now in that case, is not clear.

For price-wise, Wikileaks has certainly not destroyed bitcoin. Yet when it comes to bitcoin’s aspiration to be money, the same can not quite be said.

For now. Words like CIA, intelligence agent, cooption, and the like, can be scary, but looked without emotion it is difficult to say whether they were right or wrong to slow it down, if indeed they did slow it down.

The great complexities of money aren’t something to be changed in a day or a decade. That’s another way of reading Nakamoto’s words. It was far too soon to be at the spotlight. Something of which he couldn’t persuade them, but Todd and Maxwell managed to eventually.

The question now is just how slow is too slow, and just how fast is too fast. For you would think it is somewhat evident that 1MB can’t quite stand if bitcoin is to stand more than Diaspora.