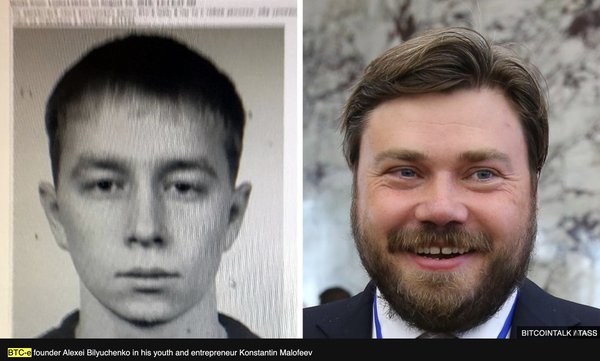 A fierce legal battle is currently going on in Greece where apparently even Putin himself has personally lobbied for Aleksandr Vinnik to be extradited to Russia, rather than America or France.

The Greek court has not yet made a decision over the fate of Vinnik, the BTC-e founder, a crypto exchange that was known for being so shady you could trust them to not exit scam.

That exchange was closed in 2017 when Vinnik was arrested. An identical looking one, Wex, surfaced soon after. That exchange was run by Aleksandr Bilyuchenko who used to be in charge of the technical aspects of BTC-e.

Bilyuchenko wanted to sell Wex with apparently a Memorandum of Understanding signed with Konstantin Malofeyev, a wealthy businessman who is suggested to have links with the Kremlin.

BBC’s Russian Service implies Malofeyev was acting as a protector of Bilyuchenko, with a leaked recording of a conversation between two men stating, according to a rough translation:

“And the fact that you didn’t surrender to the state and at large is only because they fit in for you. In any case, they will come to you. Because you promised and didn’t do it anyway. And you promised Anton. I promised them there in Lubyanka ‘Is it really possible like this – to promise and not to do the FSB?'” – says the man which BBC claims has verified as having the voice of Malofeev.

Anton is speculated as being Anton Nemkin, a former FSB officer. A spokesperson for him said “Anton Nemkin has nothing to do with either Mr. Bilyuchenko or his professional activities.”

The promise in question is suggested as being the handover of Wex’s user database to Russia’s intelligence agency, FSB.

In a testimony Bilyuchenko says on April 26 2018 Anton demanded to be given all the crypto stored on Wex, saying it will go to the “FSB of Russia” fund.

Then in mid-July, Bilyuchenko met two men who introduced themselves as FSB officers with the names “Igor” and “Gregory.”

The conversation lasted five hours, it was about the fact that Bilyuchenko should give the Wex user database. In regards to this conversation, BBC claims the man with the voice of Malofeev said according to a rough translation:

“I’ll have to hand over the base anyway. It’s not me, it’s the state. And the fact that I didn’t surrender to the state and at large is only because they fit in for you.”

BTC-e has been accused of facilitating the laundering of some 400,000 bitcoins hacked from MT Gox.

The BTC-e funds went to Wex, with it unclear how much of this 30,000 bitcoin belongs to MT Gox creditors.

A Russian law firm, Zheleznikov & Partners, “claims to have identified an unspecified number of alleged criminals in Russia who may have direct or indirect access to bitcoin wallets which may or may not be holding some of the missing MtGox bitcoins.”

This law firm is offering creditors 50% of recovered funds if they agree to assist.

The leaked recording shows Malofeev did not believe Bilyuchenko handed over all the assets. According to a rough translation, someone sounding like Malofeev said:

“There is a great suspicion among all participants in the process that you have more than you put on the exchange. The fact that you were related to BTC-e is obvious, but on BTC-e there was much more than it turned out on Wex [. ..] You are kept afloat because I say that you are mine and I am responsible for you.”

It is not clear whether Bilyuchenko handed over the user database. It sounds like he didn’t, perhaps because he may well be fearing the criminals that used the exchange more than FSB.

MT Gox is currently going through bankruptcy rehabilitation ahead of the distribution of some half a billion dollars and circa 135,000 bitcoin to around 10,000 creditors across the globe.

According to the trustee team, the trustee has investigated, through discussions with ZP and also through another Russian law firm engaged by the trustee, whether MtGox (the trustee) is able to recover BTCs utilizing criminal proceedings in Russia.

The trustee is under the NDA with ZP and cannot provide detailed explanation about discussions with ZP. However, based on the investigations above, the trustee decided not to engage or work with ZP, at least at this stage, at the trustee’s costs, to recover BTCs through criminal proceedings in Russia. The trustee also will not cooperate with ZP for ZP’s proposal to the CR creditors.

In this case, the proceedings might become more complicated and it takes more time to complete the proceedings. These are the contents of the email from the trustee team.”