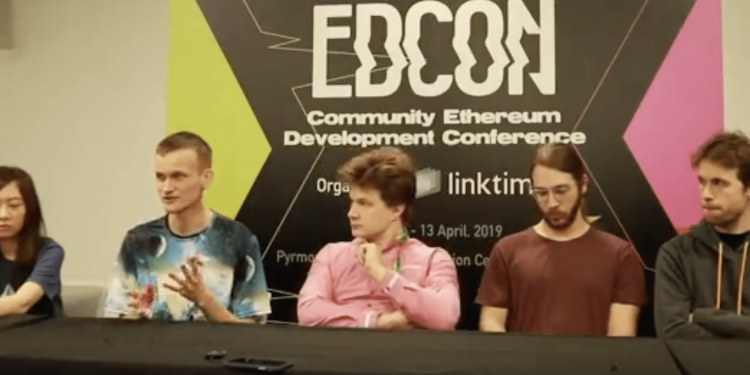 The Ethereum Foundation has fully distanced itself from one of their key employee who was arrested for giving a conference presentation in North Korea.

“The Foundation is aware of the recent charges filed against Virgil Griffith,” the Ethereum Foundation (EF) said according to Vice which doesn’t name the person that made this statement:

“We can confirm that the Foundation was not represented in any capacity at the events outlined in the Justice Department’s filing, and that the Foundation neither approved nor supported any such travel, which was a personal matter. We are continuing to monitor the situation as it develops.”

Virgil Griffith (pictured in pink in a press conference by EF) is one of the most senior researcher and developer at the Ethereum Foundation with his arrest being a world first of its kind.

Griffith maintains his presentation was on public knowledge matters, with EF expressing no concern in the above statement regarding this most unusual development, nor do they state whether they will assist Griffith in his defence.

The Swiss based foundation used to have a canary at the footer of the ethereum site. That canary disappeared in May following a site redesign.

The above is apparently Vitalik Buterin, ethereum’s co-founder, saying enjoy to Virgil Griffith perhaps when he announced he was to go to North Korea.

The tweet in question has been deleted and is not archived with it unclear what it said, or who deleted it, or when.

The Ethereum Foundation thus was fully aware one of their key employees was to present in North Korea, not least because he Twitted many times about it, and instead of standing up for one of their own coder, they’re seemingly throwing him under the bus.