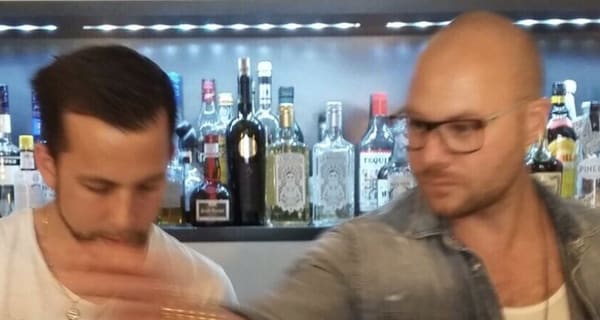 Jeffrey Wilcke (pictured right), an ethereum developer and one of the founding team, has sent 92,000 eth ($11.5 million) to Kraken on Christmas day.

This account was funded by the Ethereum Foundation dev wallet. Presumably the funding was part of the initial distribution that the founding team got at the inception of ethereum.

That 408,000 eth was moved to the above address back in 2016, an address that shows continuous, but gradual, selling or movement of funds until this Christmas it sees a sharp drop in funds.

We know this is Wilcke’s address, as much as anything can be known, because the originating one, the 0x600, interacted with the Ethereum Name Service (ENS) two years ago.

Thankfully etherscan shows us what that interaction was, and it was this 0x600 address registering the name of Jeff Wilcke.

Based on these facts there is little doubt this ◊92,000 belongs to Wilcke, with his Christmas presumably very expensive as he looks now to a millionaire new year.

His github appears to show no activity since March of this year. After making millions, he appears to have left, with his Twitter suggesting he is working on some sort of game.

“Jeffrey Wilcke, lead developer of the Go client (back then called ‘ethereal’) also reached out and started coding around [December 2013], though his contributions were much more on the side of client development rather than protocol research.”

A number of the other early ethereum devs have also left, with the initial distribution being 11 million eth to the co-founding team.

Buterin himself got around 600,000, suggesting the initial distribution was a bit flat considering Wilcke got not too much less at 400,000 eth.

Update: It appears Wilcke has now confirmed the above analysis, stating he needs money for his game: