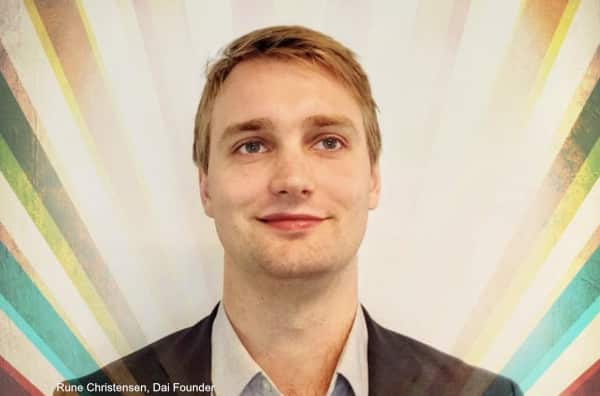 DAI, the ethereum based tokenized dollar by MakerDAO is now handling considerable volumes just two years after it launched.

According to Dune Analytics, the blockchain based token processed some $2.5 billion during November and more than a billion in December.

Unlike exchange trading volumes which can easily be manipulated, the above transfer volumes are on the blockchain so it is more difficult and more expensive to fake.

They rose considerably in April when crypto prices started rising, with Dai transfers jumping from nearly $300 million to $550 million and then above a billion in May.

In line with the price action, transfer volumes fell too during summer, with autumn so bringing a record breaking November when $2.5 billion dai were transferred.

December too had considerable volumes at $1.4 billion, with some $170 million transferred in just one day on the second of December according to blockchain data.

That raises the question of whether there’s a correlation between dai volumes and ethereum’s price, as well as other cryptos.

Ethereum in particular and eth based tokens because dai is created by locking eth which then can either be sold or can be unlocked by returning the created dai based on price action.

The more eth is locked, you’d think the more have opted for not straight selling it and instead have decided to get dai in the hope price doesn’t go against them.

In addition, dai can be used as a leveraged margin long where you lock eth, get dai, buy with that dai more eth, lock that eth, and so repeat depending on how much risk you want to take.

That long bet is basically buying eth so logically you’d think the more eth is locked, the more an upwards pressure on its price.

Where transfer volumes are concerned, however, there might not be an easy correlation because dai might move for many reasons, but it still should have some correlation as it might indicate the amount of longs activity.

Hence this rise in spring and fall in summer in line with eth’s price, but in November ethereum fell while dai reached record volumes.

A good explanation for that might be the barricading of the bulls who perhaps said price had fallen enough, so charged to defend the line.

Meaning there’s a lot that can be discerned from these volume stats and dai movements, with banks likewise able to discern plenty based on our fiat money movements, but there we can’t see anything while here it’s just about who is better at the signal to noise game.